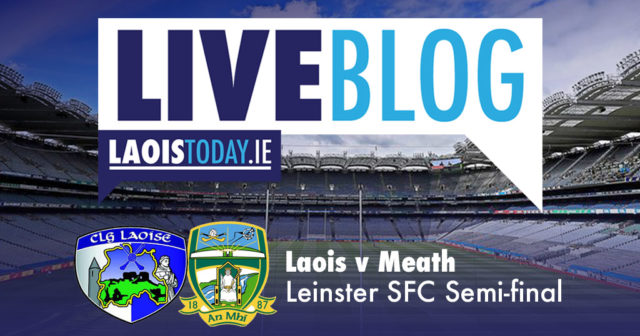 The big day for the Laois footballers has arrived.

The Laois senior footballers are back in Croke Park this afternoon for the sixth time in the last 15 months as they face Meath in the Leinster championship semi final.

John Sugrue’s men are looking to reach the Leinster football final for the second year running but standing in their way is a revitalized Meath outfit.

Manager John Surgue named his team on Friday night and he has made two changes enforced to the team that started in the win over Westmeath two weeks ago.

Graiguecullen full back Mark Timmons is out with a broken hand and his place in the team goes to Stephen Attride with Denis Booth moving to full back.

Meanwhile, the second change sees Stradbally’s Colm Begley, who limped off in the final stages of the Westmeath game, replaced by Robbie Pigott.

For Meath from the team that defeated Carlow, James McEntee replaces Padraic Harnan.

Follow all the action from the game as it happens below: