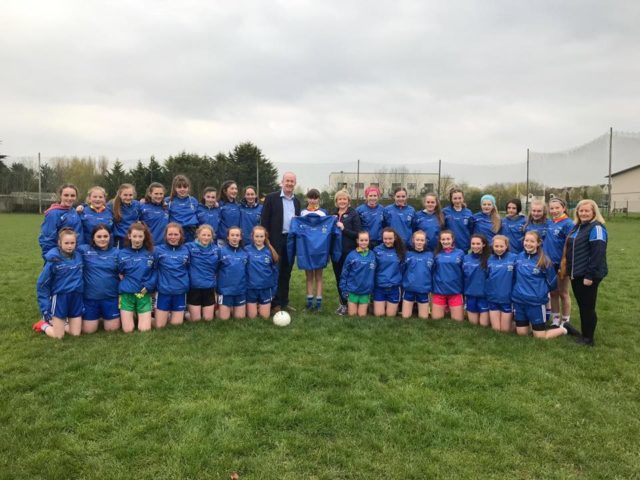 It’s all systems go as the U14 Laois Ladies U-14 panel are getting ready for the All-Ireland bronze semi-final this Saturday.

Fergal Feighery take on Westmeath in the All-Ireland U14 Bronze semi-final in St Rynagh’s GAA in Banagher on Saturday, June 15 at 1pm.

St Brigid’s club leads the way with seven representatives while Timahoe carries five players and Park-Ratheniska makes up four players on the team.

Portlaoise, St Conleth’s, Sarsfields and Ballyfin all have two players each on the intercounty setup.

Meanwhile Graiguecullen, The Heath, Ballyroan, St Joseph’s, St Paul’s, Killeshin and Mountrath have one representative each.

Captaining the U14 side is Kate Wall of St Brigid’s while the team manager is Fergal Feighery.

Joining him on the management team are Annemarie Lloyd and Eamon O’Brien.

The squad have already competed in the first round of the All Ireland Series, where they played Monaghan, Kildare and Donegal on the day.

The team had an impressive win over Leitrim in their quarter-finals and had previously played a closely fought match against Westmeath in the blitz series.

Westmeath came out on top that day but the Laois girls will be determined to reverse that result tomorrow and make it to the All-Ireland Final.