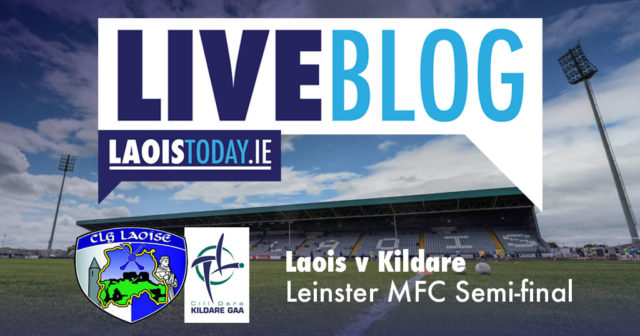 The Laois minor footballers will look to claim their place in the Leinster final for the first time since 2016 tonight when they host Kildare.

On Thursday, Laois minor football boss Donncha Phelan named an unchanged team from the one which defeated Longford in Round 3 last month.

However, there has since been two changes to the team from the one that was named.

Stradbally’s Eamonn Delaney and Portlaoise’s Kevin Swayne have fully recovered from injury and they come into the team in place of PJ Ward and Paddy Hosey.

Delaney slots in at corner back with Ballyroan-Abbey’s Shaun Fitzpatrick moving to corner forward.

Meanwhile, Kevin Swayne comes in at wing forward in place of the aforementioned Ward.

In further good news for Laois, Crettyard’s Ciaran Burke and Arles-Killeen’s Oisin Byrne are fit enough for a place on the bench after recent injuries.

The game throws in at 8pm in O’Moore Park and we’ll be there to bring you all the action as it happens.