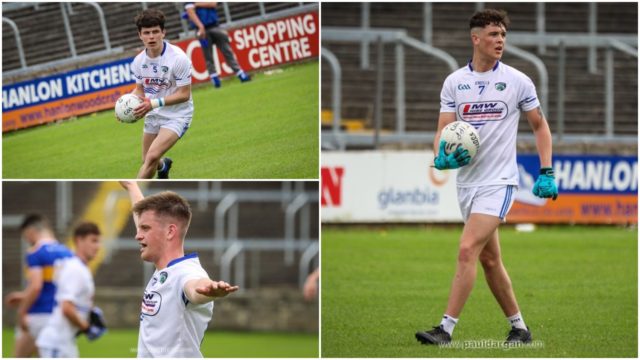 Fresh from the success of the Laois senior footballers yesterday, the Laois U-20 footballers have named their team for Round 1 of the Leinster championship.

The sides met in the group stage of this competition last year with Kildare striking late to beat Laois before going on to lift the All-Ireland.

The format has changed this year with Leinster reverting to straight knock-out and the introduction of various league competitions – one of which Laois won.

Billy O’Loughlin’s charges were placed in the Andrew Corden Cup alongside Wexford, Tipperary, Carlow and Waterford where they won all their matches and claimed silverware at the grade for the first time since 2007.

Like last year in the case of Finbarr Crowley, the rule prohibiting those who play senior from playing U-20 has struck Laois again as Courtwood’s Sean O’Flynn and O’Dempsey’s Mark Barry are unavailable for this game.

The winners of this game will progress to face Westmeath in the Leinster quarter final and you can follow all of the action as it happens in Newbridge on our Live Blog.