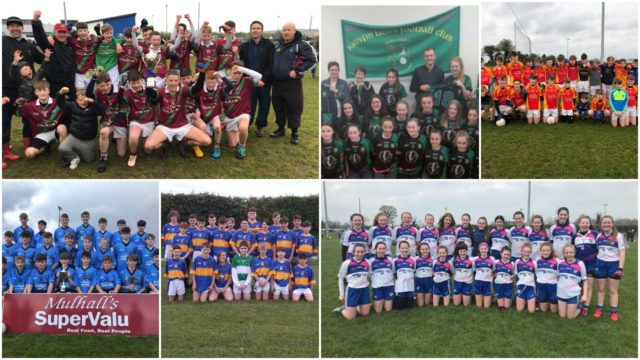 This year six Laois teams – four in football and two in ladies football – will be heading to Connacht for the Feile na nGael.

Portarlington, Ballyroan-Abbey, The Harps, O’Dempsey’s in football and St Conleth’s and Ballyfin in ladies football camogie are all representing Laois in their respective codes and divisions.

Quarter-finals in both the Shield and Cup take place on Saturday afternoon with different venues hosting the semi-final and finals on Sunday.

Portarlington claimed their first ever Laois Feile title following an eight point victory over Portlaoise in the LOETB Centre of Excellence in April.

Captain Corey Geoghegan led a second half comeback which saw him score a brilliant goal and set up another as Portarlington turned a four point deficit around.

Portarlington’s achievement is made all the more remarkable by the fact that they went through the entire weekend with just 15 players.

They defeated Stradbally Parish Gaels, Killeshin and Ballylinan on their way to the final with the minimum amount of players as a rugby trip to England took away a number of players who would have been available to them otherwise.

Ballyroan-Abbey defeated The Harps by a single point in the LOETB Centre of Excellence to claim the B title back in April.

There was little or nothing between these two teams at the end of the game as The Harps came back from a seven point deficit at half-time to come up just one shy by the final whistle.

It was the second weekend in a row that The Harps have experienced final heartache after losing the hurling decider to Camross seven days previous.

The Harps
Division 10 Group B 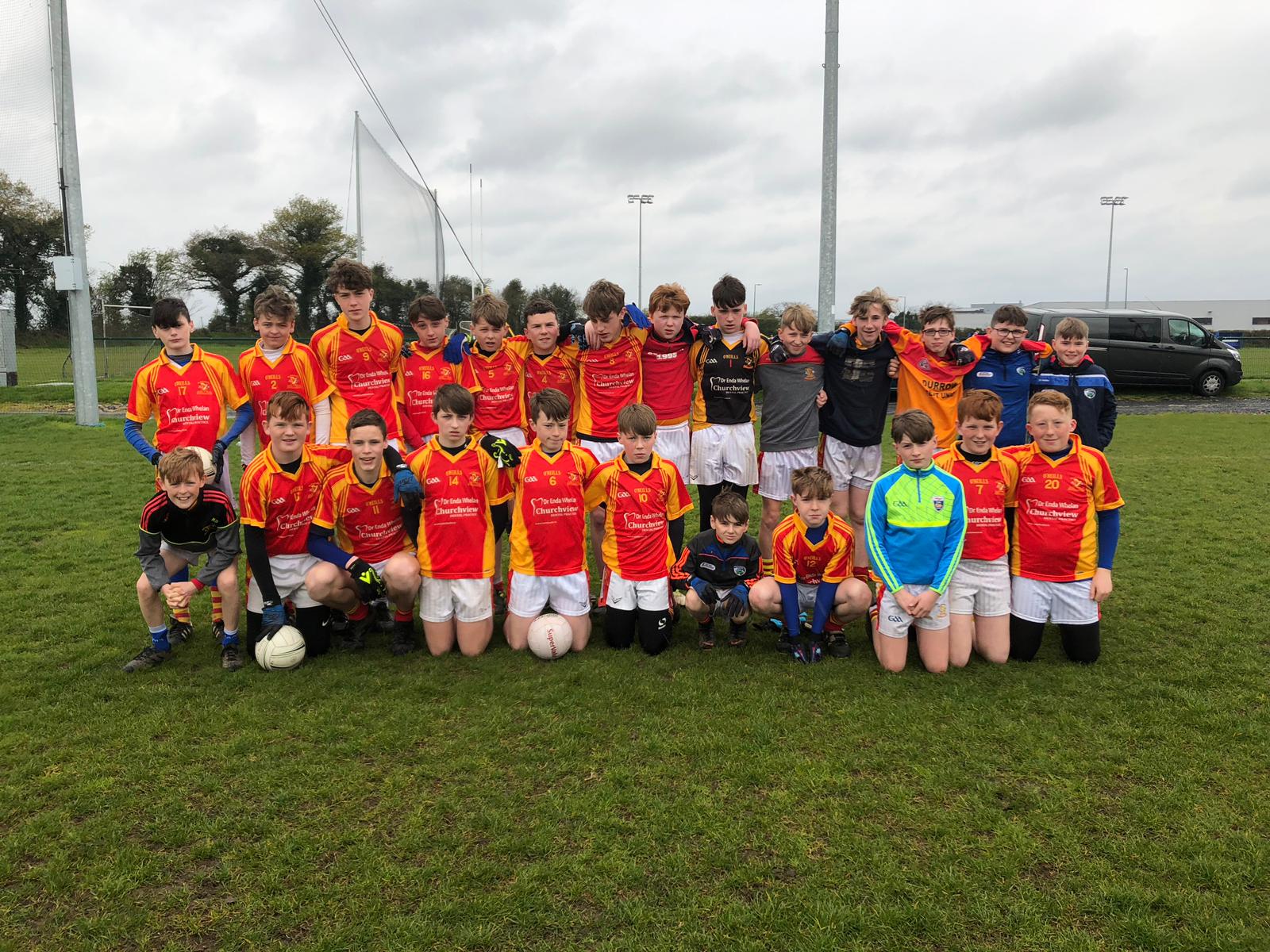 The Harps are one of two boys teams that have received invites to compete in the competition this year.

After being beaten in both the hurling ‘A’ and football ‘B’ deciders, this is some reward for the players who competed valiantly in both finals.

SATURDAY:
The Harps v Kilglass/St Barry’s in Tarmonbarry at 10.45am

The second of the invited teams are O’Dempsey’s who will play in Division 13.

Their host team are Moycullen GFC which is 12km outside Galway city. There are a total of 21 players traveling to the Feile with a good mixture of 13 and 14 year olds that have played with each other up through the years.

The players are really looking forward to the whole Feile experience and to making new friends and new memories.

The club would also like to wish Portarlington Gracefield and St. Conleths the best of luck in the Feile over the coming weekend.

SATURDAY:
O’Dempsey’s v Moycullen B (Galway) in Moycullen 10.15am 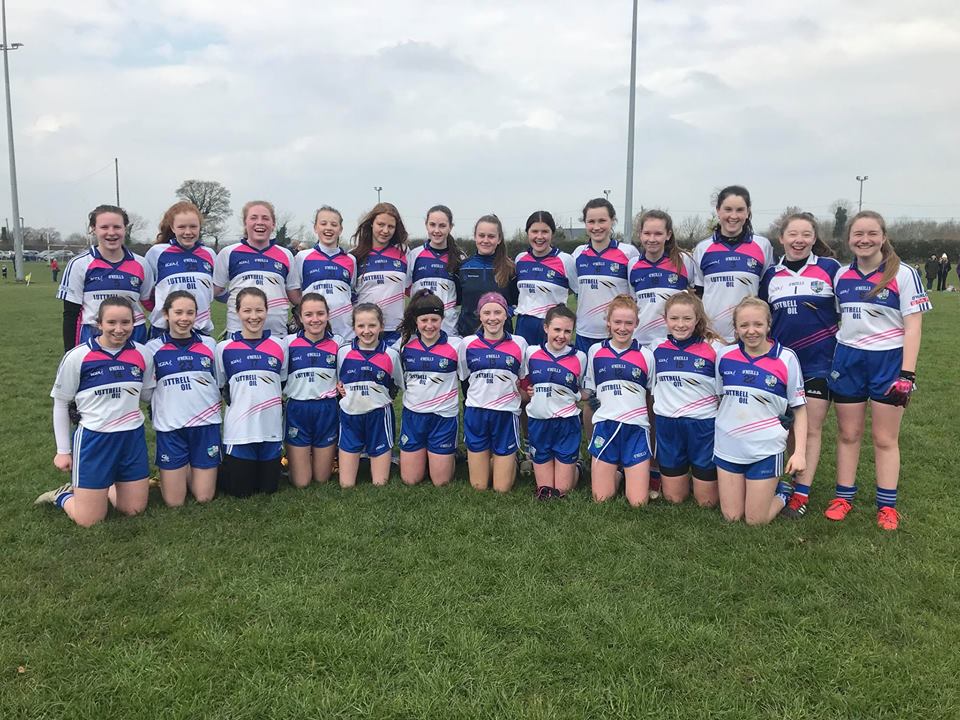 If there was ever a club making huge strides at underage level, it’s St Conleth’s. Their progress and focus on underage football has shown to have reaped rewards of seeds long sewn.

One particular group of skilled St Conleth’s players is their U14 panel. St Conleth’s defeated Portlaoise in the Laois ‘A’ Feile final this year, 1-4 to 0-4.

On their path to that final St Conleth’s came up against a determined St Brigid’s side but showed great character to win out by two points.

Portlaoise fought until the very end but sheer resilence and only allowing The Town kick two points in the opening half meant St Conleth’s saw this final out as Feile winners for the second year in a row.

This wasn’t the only trophy this young St Conleth’s side picked up this year. In a second meeting of the Feile finalists, St Conleth’s emerged on top of the Town – 3-9 to 2-5.

They are now placed in group C of division two against teams from Galway and Wicklow.

Ballyfin emerged victors in a very exciting affair against Mountrath in Laois ‘B’ final.

Both Ballyfin and Mountrath played very tough semi finals, with Ballyfin defeating Killeshin in the semi-final to emerge to the grand finale.

Both teams left it all on the field but it Ballyfin who finished victors on a scoreline of 5-4 to 3-1.