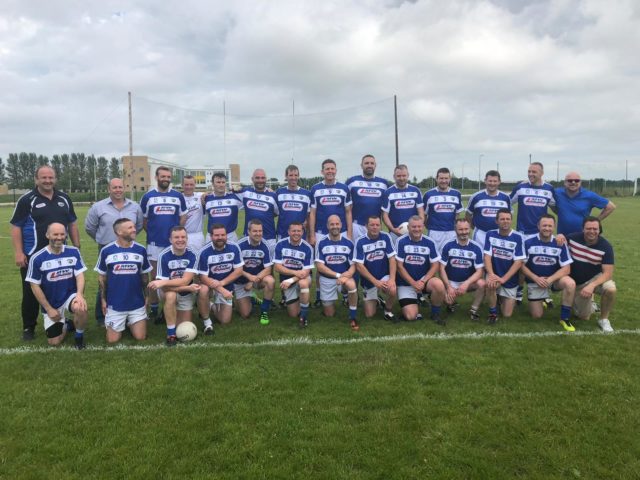 The Laois masters side have continued their upward trajectory with a fourth win on the trot after defeating Clare by a whopping 19 points today to stake their claim at an All-Ireland semi-final place.

A quartet of goals – three coming in the second half, helped  Barney Maher, Leo Turley and Tomas Brett’s side cruise to victory in McCann Park, Portarlington, today.

Marty may not have come to the party but that didn’t stop the over 40s Laois squad roll back the years and enjoy some fine summer football today.

The Rock’s Paul Dunne lorded over the scoring from the centre-half forward position, converting 1-5, and got his freetaking off to a positive start after only 53 seconds of play with the first point of the game.

Noel Garvan showed superior dominance in the air under high kickouts, aiding Laois’s attack from the off.

Two more Dunne points, along with wise shot selection from Rory McEvoy and Fergal Fennell, set Laois up with five points within five minutes, while Clare failed to break past the half-way line during this time.

Clare eventually got out of the blocks with Mike O’Shea, two from Des Mulhare and Ronan Slattery giving the Banner county a total of four points without reply.

However a foul on Mark Rooney in the square had freetaker Dunne step up and blast the ball into Kevin Harte’s net for the first goal of the day from the penalty spot.

Laois would raise the white flag four more times in the opening half – with Dunne, Colm Parkinson, Rory McEvoy and Fennell all providing the cheers for the young Laois crowd.

Laois’s fresh blood of Gordon Lawlor, Seamus Ramsbottom and Podge Langton did the trick after the interval, sailing over three points between them.

Clare’s Mick Lehane continued to cause havoc around the half-forward line, raising the white flag himself and helping many others around him to do so with superb parallel passing throughout both halves.

Dunne added a masterful point for Laois before Woolly Parkinson’s handpass to the oncoming Mark Rooney resulted in the Clonaslee man palming the ball into the net for Laois’s second goal.

Laois marched on from here. Garvan, Ramsbottom and Rooney all led the way on points before Fennell put any hopes of a Clare revival to rest with a third goal for the over 40’s blue and white side.

Mulhare converted two points from placed balls but the game was well won as Ramsbottom furtherned Laois’s lead with a goal and a point, while a brilliant save from Clare’s netkeeper Harte denied a fifth goal for Laois in the final few minutes of the game.

Laois now face Tyrone in their final group game in two weeks time where a win will see them into the All-Ireland semi final. 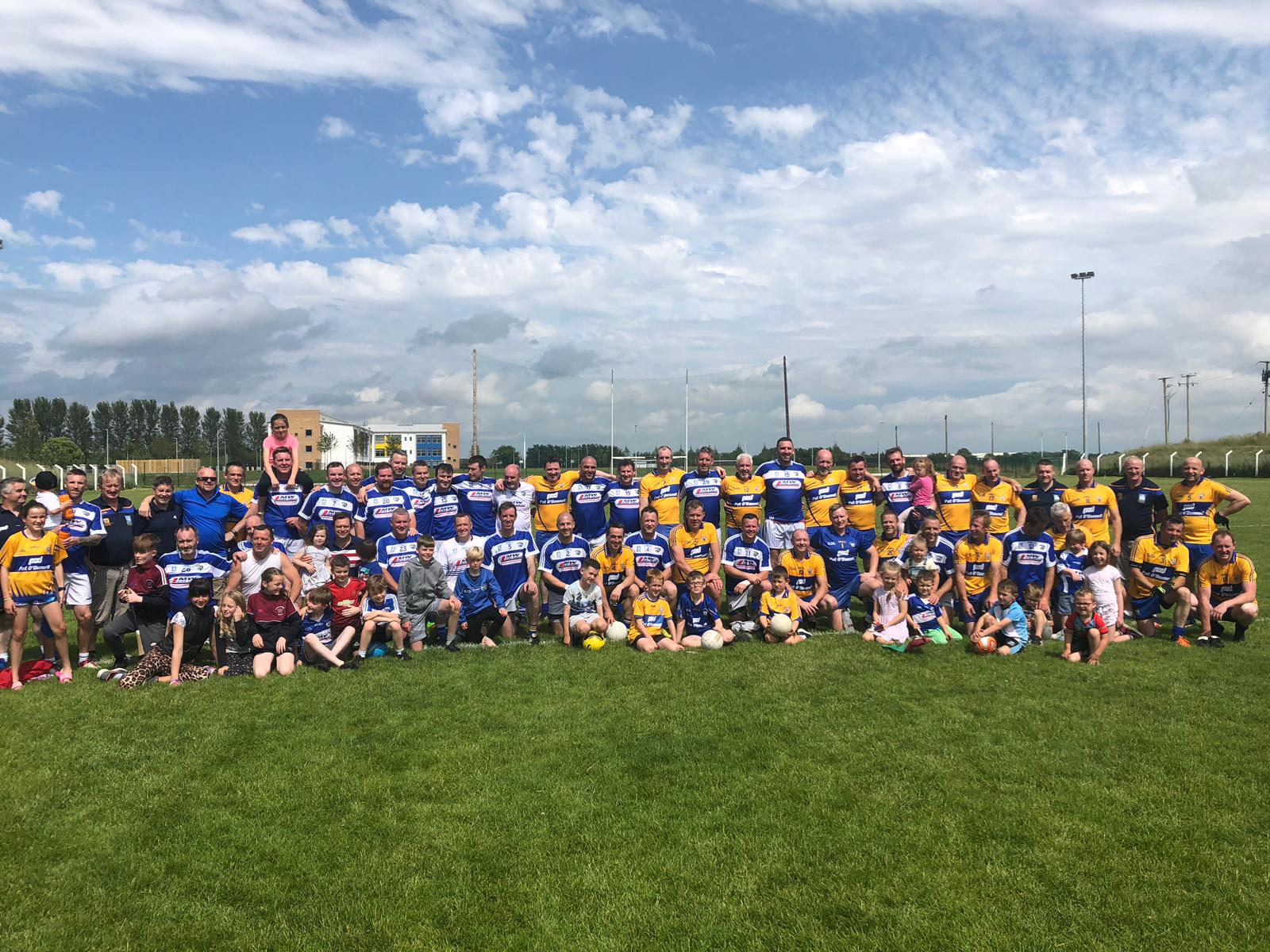 ‘Share the Sunshine’ – and support this year’s Hospice Sunflower Days