The magical adventure that the Laois hurlers have been on over these past couple of weeks came to an end in Croke Park this afternoon as Tipperary proved too strong for Eddie Brennan’s men.

Playing championship hurling for the third Sunday in a row, Laois produced an incredibly brave performance and gave as good as they got as long as they could.

In the end Laois lost by 10 points but played the last 25 minutes with just 14 men following a red card for Aaron Dunphy.

It seemed a tough call on the Borris-Kilcotton man and while Laois were unlikely to have shocked Tipp, the decision made it all the more difficult.

But two goals for Tipperary in the opening 15 minutes laid the foundation for their win.

Backed by the largest number of Laois supporters (in a crowd of over 44,000) to travel to a hurling game in years, Laois went into an early 0-4 to 0-2 lead thanks to two early frees from Mark Kavanagh and a point apiece from play from the inform Willie Dunphy and Aaron Dunphy.

But Tipp’s first goal came in the 11th minute when Jason Forde fired a penalty past Enda Rowland after being fouled himself.

Mark Kavanagh responded with his third free after Cha Dwyer was fouled by Alan Flynn came up from corner-back to point for Tipp and then Seamus Callinan got Tipp’s second goal – the sixth game in a row in this championship that he’s found the net. 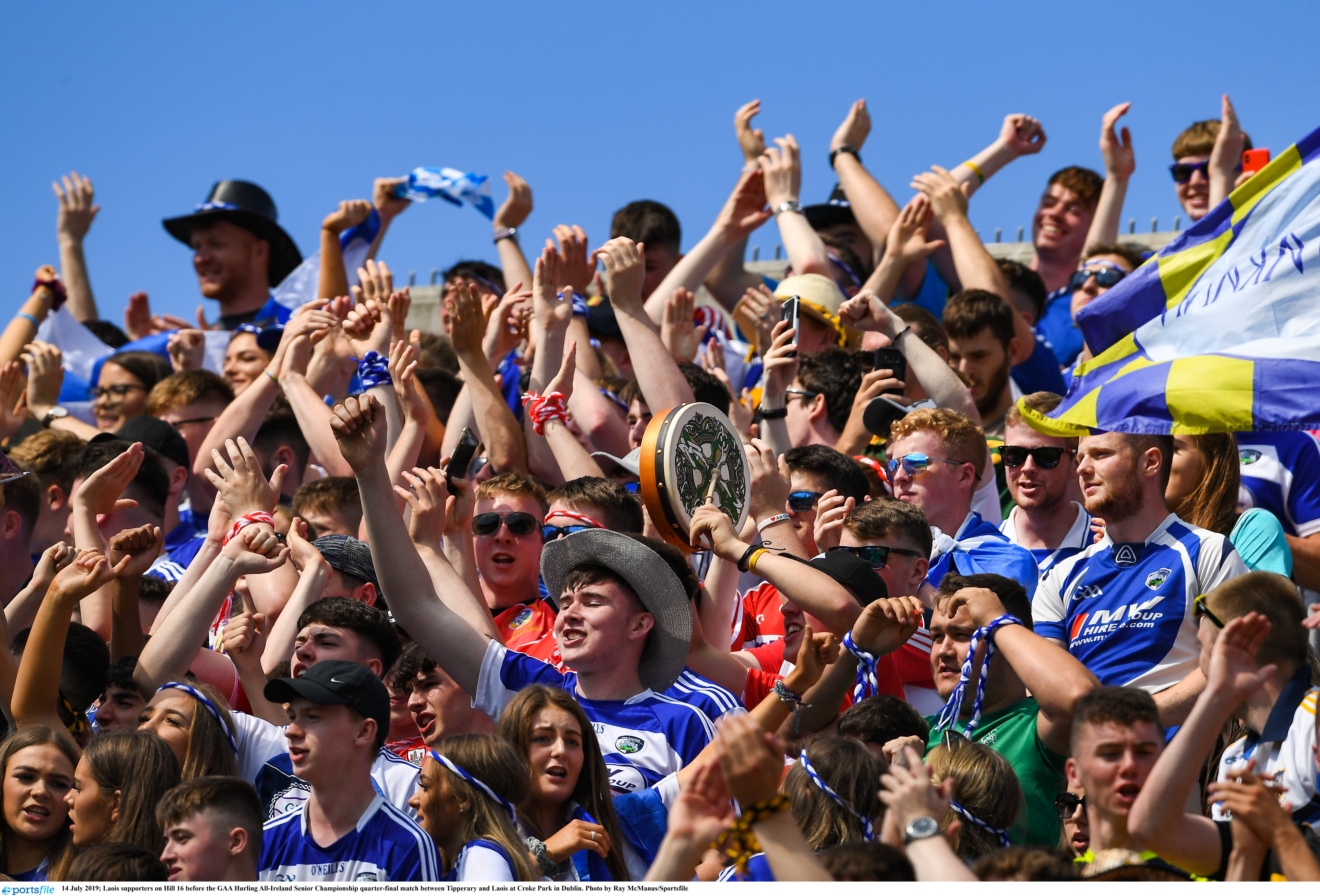 Yet despite this double blow, Laois kept plugging away. John Lennon, again playing in the sweeper role as he did in the win over Dublin, landed one from distance, as did wing-back Jack Kelly though by the 20-minute mark Tipp led 2-7 to 0-7 and Laois were grateful to Enda Rowland for pulling off one good save and Lennon taking another one off the line.

Callinan and two frees from Forde stretched Tipp eight clear but a Kavanagh free and a second from Aaron Dunphy had it back to six by the 30th minute.

Forde got another free but Laois then struck for a brilliant goal when Ross King got in behind the Tipp cover and showed great calmness to finish past Brian Hogan. 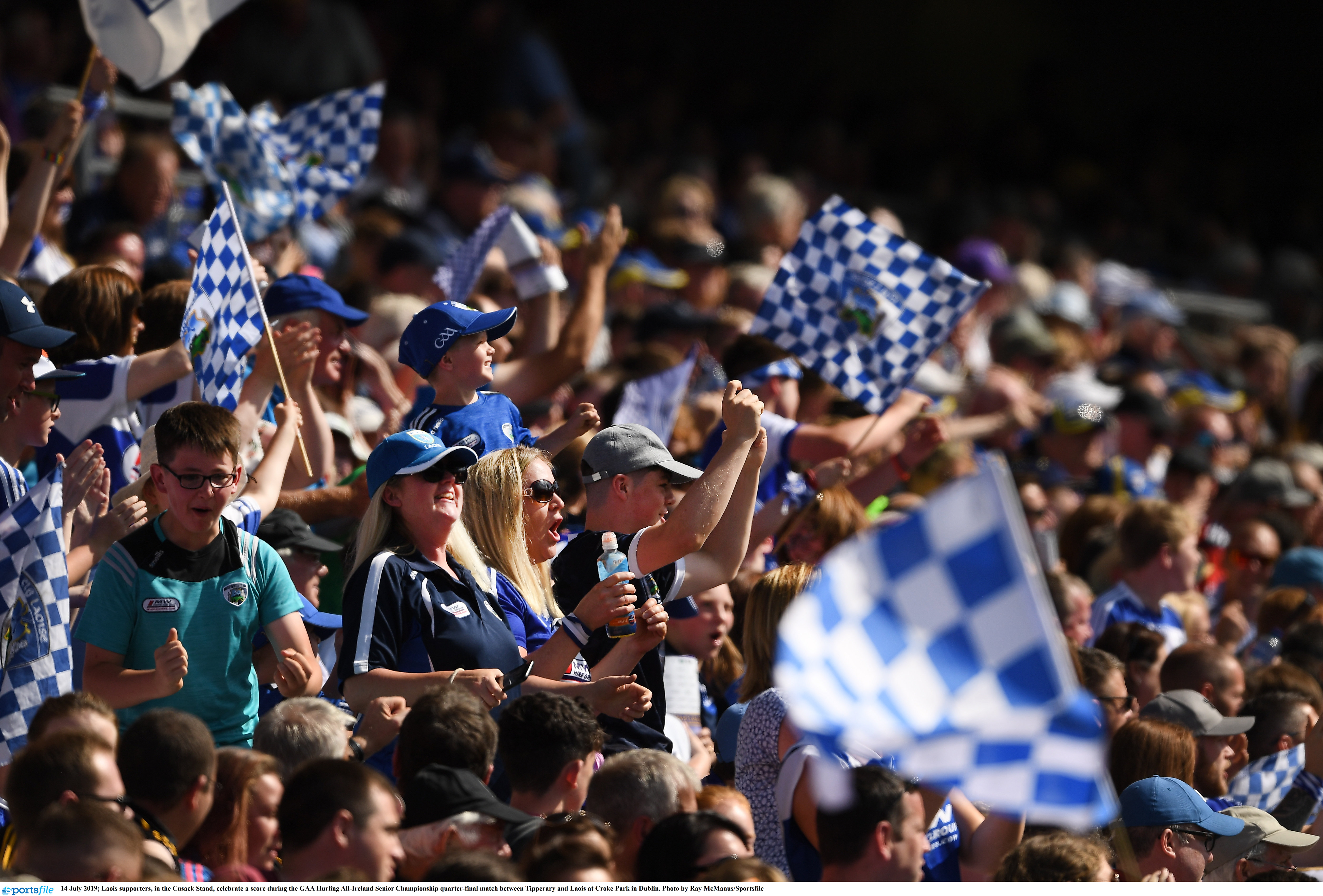 Kavanagh followed up with a free after captain Paddy Purcell was fouled having been switched into the full-forward line but Noel McGrath cancelled it and at half-time, Tipp led 2-11 to 1-10.

Still, the Laois supporters know a solid effort when they see one – and the players left the field to a massive reception.

But things took a turn for the worse early in the second half when Aaron Dunphy was given a straight red card for striking out at Ronan Maher.

Given that Laois were already playing with a man less in attack, it made it all the more difficult again.

They battled on as well as they could but with an extra man, Tipp always had enough.

The McGrath brothers and Jason Forde, who finished with 1-12 kept the scoreboard moving.

The exceptional Jack Kelly landed a second point and Mark Kavanagh’s frees – he eventually finished with 11 – kept it respectable.

For now, it brings Laois’s wonderful season to an end – but they will return to the Leinster championship next year and can look forward to games against Kilkenny, Galway, Wexford and Dublin.