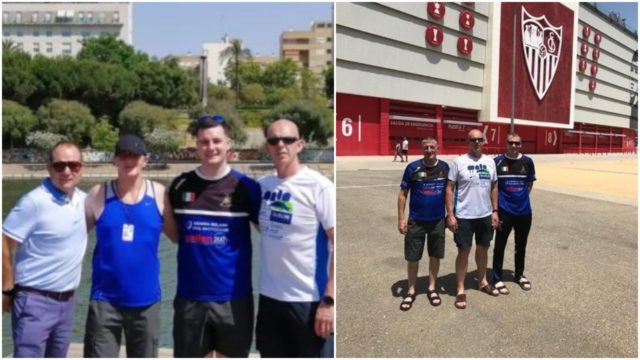 Three Laois men have worked tirelessly to represent their club and country in the European Dragon Boat club crew championship in Seville.

Michael Renehan from Vicarstown, Pat Brennan from Luggacurren and Emo’s Michael Moore are all members of the Athy Dragon Boat club, who are taking part in the prestigious European championships.

The Kendra Warriors will compete in the top division, the Premier division, racing against 22 other teams from all over Europe.

The Moores have a proud history of rowing. Michael’s older brother, Frank, represented Ireland at the Olympics in Monreal in 1976 and Seoul in 1988.

Both Moore and Renehan are no strangers to hardwork and extreme fitness. Last October, along with three others members of the Kendra Warriors, they ran the Dublin City Marathon.

Carlow Dragon Boat club are also competing in the championships in Saville.

The first race takes place on Friday July 25 and the championships finish up on Sunday July 28.