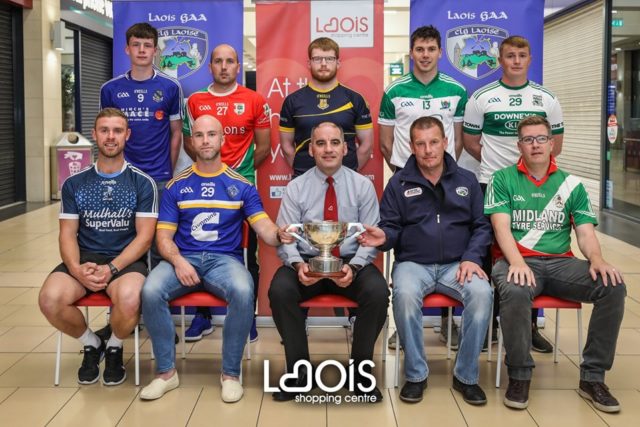 The Laois intermediate football championship gets underway this week with eight teams vying for glory.

This grade has been one of the most intriguing and enjoyable football grades in years gone by.

Clonaslee St Manman’s, Timahoe and Mountmellick are the favourites for the title, but who comes out on top will be decided over the next few weeks.

Having been relegated last year, Clonaslee will be looking to get straight back up to the senior grade for next year’s championship.

We profile all eight teams below:

League Form: Annanough finished six points above the drop zone in Division 2. They were without Killian Horgan, who was a panelist with the Laois u-20s.

Team News: Fergal Scully is overseas for the championship and Eliott Scully is currently recovering from a back injury while Clough-Ballacolla’s Darren Maher is concentrating on hurling this year.

Fixtures: Round 1 vs Rosenallis July 28

Prospects: They’ve got a tough draw against Rosenallis and it’s possible that the aim for this year has to be about just staying up.

Team News: Clonaslee St Manman’s will be boosted by the return of soccer star, Niall Corbet. Two young players in Sean Condron and Jack Owens, who were involved with the Laois U-20s, will give them some much needed youth in their fight for promotion.

Fixtures: Round 1 vs Portlaoise July 28

Prospects: Having won Division 2, Clonaslee will be hoping to get straight back into the senior championship after they were relegated last year. And they are usually very competitive at this age.

League Form: Mountmellick were relegated from Division 1B. They were only two points off Killeshin, who finished sixth.

Team News: Mountmellick go into the championship with a full hand to choose from.

Fixtures: Round 1 vs Timahoe July 27

Prospects: After a disappointing league campaign which ended in relegation, Mountmellick will be hoping they can put on a strong performance and push for promotion in this year’s championship. They were just touched off by Courtwood last year but have lost their Gaels element this year as Castletown trio Ryan Mullaney, James Mullaney and Brendan Reddin cannot play for them.

League Form: Portlaoise reached the Division 2 final after finishing in top spot, but were beaten comfortably by Clonaslee in the end.

Team News: Portlaoise come into the intermediate championship with a full hand to choose from in terms of injuries. But from the team that lost the semi final to Courtwood last year, they have lost a number of that side to the senior ranks.

Keeper Michael Nolan, Ronan McEvoy, Jason Maher and Paddy Downey all played in Portlaoise’s win over Ballylinan and are ineligible as a result.

Prospects: Portlaoise reached the intermediate final in 2017 and will be hoping that they can use their vastly experienced squad to push them on through the championship. Hard to see them getting back to that stage this year though.

League Form: Rosenallis had a largely successful league campaign in Division 2. However, they will be disappointed to have missed out on capturing second spot by a mere two points.

Team News: Colm Poole has a serious shoulder injury and is an injury doubt for the championship. Cathal C Fennell missed out on the league due to injury but an appearance from this one of three C Fennell brothers would be a massive boost. Another welcome return for the side is Cillian Callaly, who came back from England at the start of summer.

Fixtures: Round 1 vs Annanough July 28

Prospects: After a good league campaign, they’ll be hopeful of at least making a semi-final, all will be revealed in the coming weeks. Rosenallis have reached the semi-final stage for the last two years so they’ll hoping to go one better this year.

League Form: St Joseph’s second team endured a horrible campaign in Division 1B. They only mustered up one win out of 14 and will now play in Division 2 next year.

Team News: They’re in danger of losing many of their players to the seniors, as they have a lot of players injured or out of the country.

Fixtures: Round 1 vs The Rock July 28

Prospects: St Joseph’s come into the championship with their confidence dented and will more than likely be scrapping it out for relegation once again as they were last year where they saw off Barrowhouse.

League Form: The Rock played superbly in the league and reached the Division 3 final, only to be beaten after extra-time by Ballyfin.

Team News: Sean O’Neil is a doubt for the opener against St Joseph’s. Brian Conlon and Jake Lawlor are both long-term injuries.

Fixtures: Round 1 vs St Joseph’s July 28

Prospects: They’ve received a tough draw against St Joseph’s and the loser of this game could possibly be relegated.

League Form: Timahoe didn’t set the world alight in the league but without Damien O’Connor and Brendan Quigley for much of it, they were in the hunt for promotion in Division 2 right until the final few games.

Team News: Sean Ramsbottom is struggling through injury and is a major doubt for Saturday’s game against Mountmellick. Timahoe are boosted by the return of Brendan Quigley after his long-term injury and Ciaran Lennon from a spell abroad.

Fixtures: Round 1 vs Mountmellick July 27

Prospects: With the quality that Timahoe possess, they are well capable of mounting a serious assault on this championship. A win in this game against Mountmellick would certainly help.