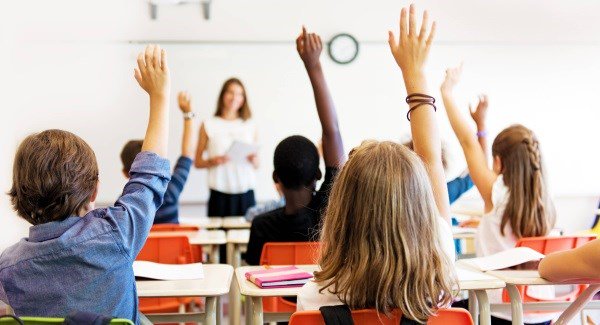 Laois TD Brian Stanley has written a statement to express his view that the goverment, ‘must deal with the funding difficulties for the primary school sector in the forthcoming budget’.

The Sinn Féin TD stated that; “There are 3 major challenges facing those who manage primary schools and those who work in them.

“The first is the Capitation Grant. This is the amount per pupil which is allocated by the Department to cover the running costs of the school.

“The second is class sizes which are averaging at 25, which is five above the EU average.

“The third is reduction and management and middleman posts.”

Deputy Stanley went on to explain each of these in further detail.

He said: “Many schools are facing major difficulties trying to cover the cost of insurance, heating, utilities etc due to the reduction in the capitation grant in recent years.

“In 2010 this stood at €200 per pupil and despite escalating costs faced by local Boards of Management, it is now just €178 per pupil. Full restoration of this is urgently required to bring it back up to the 2010 level.”

He continued, “Schools are having to cope with way above average EU class sizes. The average class size across the state is 25, this is way above the EU average level of 20 and currently we have the second highest level in Europe.

“This puts enormous pressure on staff and has an impact on the quality of education.

“The government and the Department will have an opportunity over the coming years to address this due to due to changing demographics which will see a reduction in the number of children attending primary schools.

“However, in the short term this needs to be addressed in the budget. Progress was made over the past year as the budget last October provided for a reduction in class sizes of one pupil.

“Further progress is now required and Sinn Féin are advocating that a similar reduction will continue this year.”

In addition to this, the recently appointed Sinn Féin spokesperson for responsibility for Agriculture, Rural and Community Development, spoke about reductions in posts.

“The third challenge is the reduction/cut in management and middle management posts. Some 4500 of these were lost since 2010.

While 1300 were restored in 2017, the shortfall continues to cause difficulties particularly in the case of teaching Principals who are expected to be fulltime teachers and manage schools at the same time.

“All experts agree that the quality of what a child experiences going through primary school, will have profound positive or negative effects on the rest of their education,” concluded Deputy Stanley.