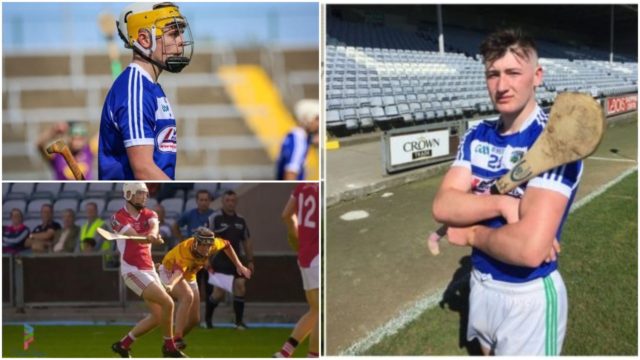 The senior ‘A’ championship begins tonight as the Laois club hurling scene gets into full swing.

There are four games to look forward to this weekend- with two tonight , one tomorrow and one on Sunday.

Ballyfin, having been relegated last year from senior, will be looking for an immediate return to the top-tier.

The Harps, who were the beaten finalists last-year, will be looking to rectify that loss and go one better and win the Senior ‘A’ championship.

Clonaslee St Manman’s are also a force to be reckoned with their mix of youth and experience in their ranks.

Slieve Bloom come into the championship as Intermediate champions and will be looking to remain in the Senior ‘A’ grade.

For the second year, the competition has reverted to a group format where teams have been placed into two of them.

Group A is made up of Clonaslee St Manman’s, Ballyfin, Colt and St Fintan’s Mountrath.

Group B consists of Rosenallis, The Harps, Shanahoe and newly-promoted Slieve Bloom.

Here we have picked out one young player from each club that we expect to feature this year.

Connolly, a Laois minor in 2018, is comfortable in defending, but he’s also great at running up the field to start attacks.

Clonaslee are one of the favourites to win this competition and they have a number of very exciting young players who will hope to lead them there.

18-year-old dual player Bob Downey is one of those and he is a very talented forward with a real eye for goal.

Mulhall has recently completed his Leaving Cert in Heywood and has graduated onto the Colt team.

He played throughout the league and put in high-quality performances from the half-forward line.

A student at Waterford Institute of Technology, Russell came onto the team last year having completed his Leaving Cert.

A promising young forward who posses an aerial threat, who made sub-appearances in last year’s round-robin phase.

Cosgrove was the Laois minor hurling captain last year and has come into this Rosenallis team this year.

He also started at full forward for the Laois U-20 hurling team, who were defeated by Kilkenny in the Leinster quarter-final.

A dogged centre-back who will put his body on the line for the sake of his team.

He popped up with two goals in the minor football final last year, to end Ballyroan-Abbey’s famine in the grade and will be hoping for more of the same with the small ball.

Shore was part of the Laois minor hurling team last year, where he played at corner-back.

Shore, who is awaiting the results of the Leaving Cert, has came into the Slieve Bloom team in the last year and looks to be a promising star.

He’ll be a force to be reckoned with in the Slieve Bloom midfield.

Dunne started in the Laois U-20 Leinster quarter-final against Kilkenny at half-back.

He starred in The Harps’ U-19 championship triumph against Camross last year and is definitely one to watch for the future.