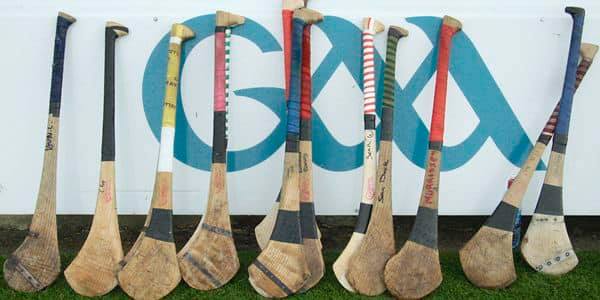 Borris-in-Ossory Kilcotton are into the semi-finals of the intermediate hurling championship after edging out Clough-Ballacolla in a thriller in Mountrath.

It was Clough-Ballacolla who got off the mark quickly with a free from Damian Bergin after two minutes, but Borris-Kilcotton midfielder DJ Kelly pointed just seconds after to put his side on the board.

Eoin Fitzpatrick landed a spectacular long-range effort to bring the gap back to one in the seventh minute, but a promising Clough-Ballacolla attack ended with Chris Rafter being pulled to the ground, Bergin went for goal, Borris-Kilcotton keeper Mark Hanlon brilliantly denying the low shot.

DJ Kelly was on target again with his second point, but Clough-Ballacolla midfielder Shane Hanlon hit his first point of the game to keep his side in front.

Another one from Fitzpatrick and a free from full-forward Emmett Jones put Borris-Kilcotton in the lead for the first time, and they didn’t surrender that lead, as a free from Bergin hitting the post in the sixteenth minute.

Borris-Kilcotton then went on a roll, scoring four unanswered points, from Willie Abbott, a thundering goal shot from Jones that hit the crossbar and went over, a strike from a tight angle from David Scott and another free from Jones put them five points up approaching half-time.

A free from Bergin caused confusion on the sideline as the umpire waved the white flag, despite referee Kieran Bowe believing the shot trailed to the left and wide. After discussing it with the umpires, the shot was ruled as wide.

Borris-Kilcotton then had a brilliant goal chance, when Jones made a blistering run through the Clough-Ballacolla defence, but his shot crept to the right of the post and wide.

Willie Abbott grabbed his second point to push the gap to six, but another free from Damian Bergin and a second point for Shane Hanlon left Clough-Ballacolla trailing by four at the break, 0-11 to 0-07.

It was Clough-Ballacolla who began the second-half the brighter, with two pointed frees from Bergin within three minutes of the restart.

Jones grabbed another free to keep Borris-Kilcotton in the driving seat, but an effort from a tight angle from corner-forward Shane Hyland brought Borris-Kilcotton’s lead down to two.

Jones converted his fourth free of the day, but three unanswered points in quick succession followed from Aidan Doyle, Ciaran Finane and another free from Bergin brought Clough Ballacolla back level with fifteen minutes remaining.

Borris-Kilcotton finished another passing move with another point from David Scott to put his side back in the lead. Clough-Ballacolla’s Matt Bergin saw yellow for a frontal challenge on Stephen Campion, Jones made no mistake from the resulting free to push the gap to two.

Clough-Ballacolla brought it back to a one-point game with a point from substitute Tommy Nolan, and with less than ten minutes remaining, that gap was brought to one with Shane Hyland grabbing his second point.

Scott grabbed another point to put Borris-Kilcotton back in front, and another one from Willie Whelan brought the gap to two.

Bergin converted another free to leave Clough-Ballacolla trailing by one, and they had a chance to level it with the last play, Bergin taking a shot from a tight angle out from the sideline, but his shot sailed to the left, hit the post and went wide, as Borris-Kilcotton secured the win putting them into the semi-finals, as Clough-Ballacolla head into the quarter-finals.