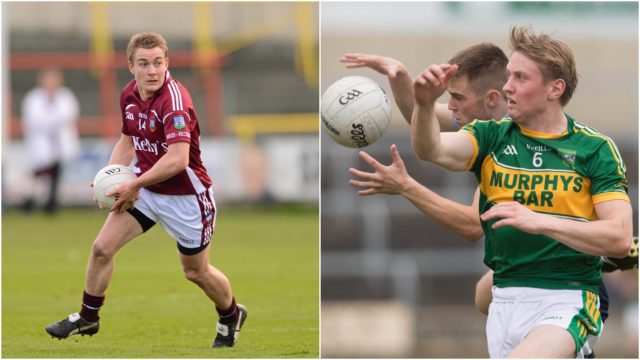 Last Sunday’s early double header in O’Moore Park provided all sorts of drama – with Killeshin getting the better of Arles-Killeen thanks to an injury time goal and then Arles-Kilcruise rescuing a draw against Ballylinan when Ross Munnelly converted a controversially-awarded penalty with the last kick of the game.

They meet again tonight in a replay – with the winners set to advance to Round 3 and one game from the quarter-finals with the losers being knocked out of the championship and into a relegation playoff against Crettyard.

The drawn game swung one way and then the other as Arles-Kilcruise scored an early goal and raced into a four-point lead only for Ballylinan to score three goals in the first half and lead by three at half time.

Ballylinan then appeared to be well in control as they went six up in the second half only to be eventually reeled in by a patient Kilcruise side.

Referee Clifford Ward was busy dishing out cards of all sorts and the penalty decision – for a technical infraction in the small square – went down like a lead balloon with the Ballylinan players, officials and supporters.

His Portarlington clubman Brendan McCann takes charge this evening and there’s a good chance he’ll need eyes in the back of his head as these parish rivals square up again.

The last day, Kilcruise lost Paudge Conway to injury early on, Chris Conway to a black card in the second half and Kevin Meaney to a second yellow late on. Captain Fran Egan has also been out with a hamstring injury. That’s quite a lot of experience to be watching on in those crucial dying moments.

Ballylinan suffered something similar with Richie Ryan going off injured in the first half, Alan Farrell and Robbie Donoher picking up black cards and Jamie Farell getting his marching orders along with Meaney following the shemozzle.

Add in the absence of Gary Walsh and they too were a much different looking side at the end of this game than we’ve become used to seeing.

A replay will always be tougher on a side like Kilcruise who have an older age profile and a smaller squad while both sides will need to tighten up at the back.

Kilcruise have conceded seven goals in their two games to date and Ballylinan have shipped 2-18 and 2-12 – hard scores to beat.

Ballylinan haven’t beaten Arles-Kilcruise in any of their recent championship meetings and they learned the last day that they’ll go to the final whistle and beyond.

Ballylinan might just have a bit more in store to come through this time.

Story so far: Ballylinan lost their opening game by 13 points to Portlaoise (2-18 to 0-11) while Arles-Kilcruise also suffered a big beating in Round 1 as they went down to championship newcomers Courtwood by 4-14 to 1-11.