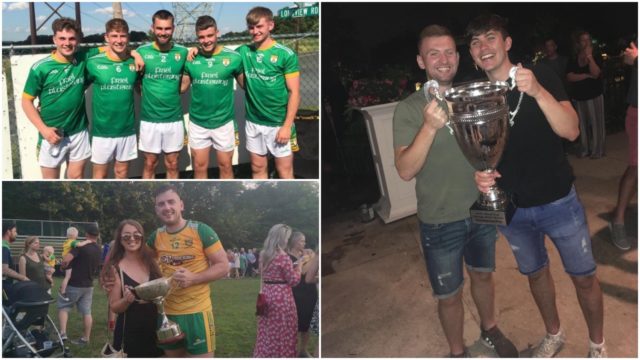 A host of Laois footballers are either back home or on the way back following a very successful championship summer spent halfway across the world.

Laois players from Ballylinan, Stradbally, Graiguecullen, Killeshin, Portarlington and Portlaoise all represented a host of clubs in America with three of them tasting championship success.

Gary Walsh scored 1-7 as Donegal Boston came from behind to defeat Aidan McAnespies in dramatic circumstances in the Boston Senior Football Championship final at the weekend.

The Ballylinan ace was on top form as his side came from seven points down with ten minutes to play to win.

Former Kerry footballer Barry John Keane began the revival with a goal before Walsh smashed home a penalty to bring Donegal Boston back to within touching distance.

Aidan McAnespies responded with a point to go two ahead but in the dying embers, Barry John Keane popped up with his second goal to seal a 3-15 to 2-17 win.

With the All-American finals set to take place this weekend, it remains to be seen if Walsh will be home to face Courtwood with his Ballylinan team-mates in Round 3 of the Laois senior football championship.

Walsh was not the only Laois man to have been involved in action in America this summer.

Stradbally native Liam Knowles and Graiguecullen’s Brian Byrne also came from the States with championship medals in their pockets.

The pair represented Chicago Wolfe Tones in the Chicago Senior Football championship where they reached the final against McBrides.

They reached the final but were beaten by Young Ireland’s in the decider.

Meanwhile, Portlaoise’s Benny Carroll and Portarlington’s Diarmuid Bennett both represented Wolfe Tones in the Boston championship that Gary Walsh’s side won but they failed to reach the final.