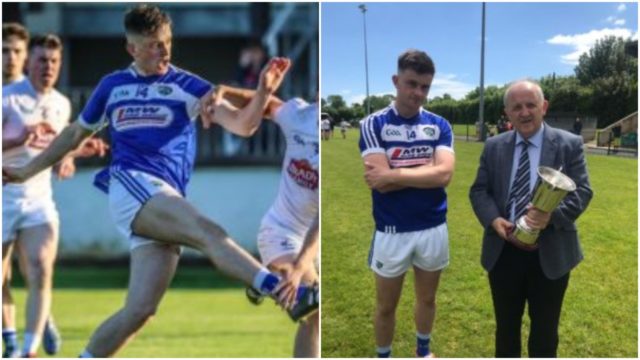 Laois U20 captain Diarmuid Whelan has been bestowed with the prestigious honour of being recognised as one of the top 20 U20 football players in Ireland.

Whelan was included in the ‘EirGrid 20 U20 Awards’, a list complied by the sponsor of the All-Ireland U20 Football championship.

Now in it’s fifth year, the ‘EirGrid 20 U20 Awards’ were established by EirGrid to recognise the outstanding talent at this age grade.

Whelan was on the Laois U20 side who made it to the penultimate stages of the Leinster football championship, where they were ultimately defeated by Dublin.

On their way to the Leinster final, they knocked out last year’s All-Ireland champions, Kildare.