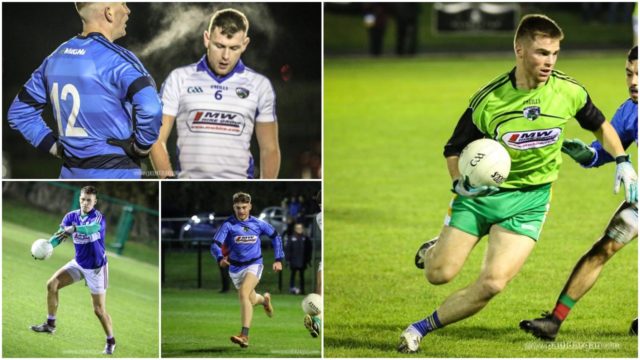 This was a brilliant competition last year and we are delighted to see that plans are well underway to bring it back.

Laois GAA have unveiled that the Divisional Football Championships will take place later this year.

Like last year, the competition is set to begin after the the SFC final is played and will see all the clubs in the county broken up into four groups.

Former Laois manager John Sugrue was the driving force behind the competition last year as he used it as trials to build the 2019 Laois senior football panel.

But the hope is that this competition will now become a permanent fixture in the Laois GAA calendar regardless of who is in charge of the senior footballers.

This gives all players in the county the opportunity to test their mettle against the best in a high-performance environment.

However, this year O’Dempsey’s club man and Cork native Bryan Breen, who has been the logistics manager with the Laois senior footballers for the last two seasons, has been tasked with organising it.

He was approached by Football Board chairman Laurence Phelan who is keen to see the competition continue and grow.

He will appoint managers to each of the four teams and they will then compile a panel from the clubs available to them.

These games will then be played at venues across the county with a small admittance fee which will be donated to charity just like last year.

In a change to last year, there will not be finals this time with the four teams will then taking part in the tournament in a round robin basis where the top team will be deemed the winner.

But speaking to LaoisToday, Bryan Breen explained that this will now changed and also revealed news of exciting new jerseys.

He said: “I met with Pat Critchley recently and he put me in touch with Teddy Fennelly. Teddy is going to pick names of historical significance for each of the teams to change them from the geographical areas they were last year.

“We have also teamed up with Darren Strong of DS Sports and are going to get jerseys designed for each of the areas.

“Our plan is to get primary school students to design jerseys and then we will pick the best of them and put them to a public vote to help generate more interest.

“We also have a new trophy kindly sponsored by Gerry Browne Jewellers.

“This is a Laois competition for Laois people and we will be dealing with Laois businesses like DS Sports and Gerry Browne Jewellers for anything that we need or do.”

There are also a few changes to the composition of the teams from last year with some clubs moving into different sections.

Emo are moving from last year’s runners-up the Northeast into the West/Northwest group while Colt have also gone into that group too.

Details on the team names and the jerseys will be revealed in the coming weeks.

SEE ALSO – Our Guide to What’s On this weekend