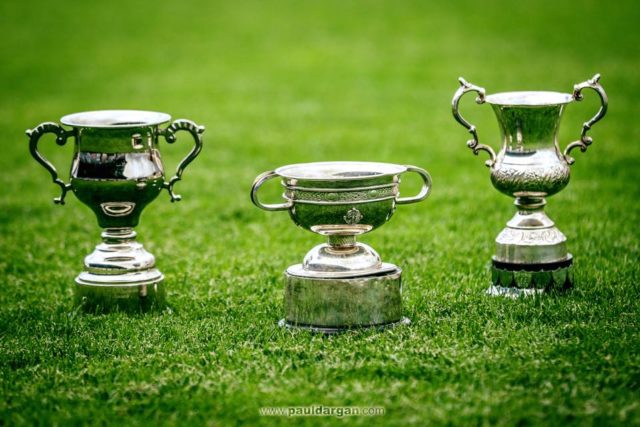 The mid 2000s saw these two teams dominate the Laois LGFA club scene. Timahoe blazed a trail, collecting county final medals before Sarsfields extinguished this and started a blaze of their own by winning their first county championship in 2008.

This blaze now consists of the Mountmellick-based club appearing in 14 consecutive county finals, and seeking out their seventh win in a row this Sunday, September 8 in Crettyard GAA at 2.45pm.

Sarsfields’s path to the final involved seeing off St Conleth’s and St Brigid’s in the group stages.

Their position at the top of group A set them up for a semi-final against Portlaoise.

Here, they dismissed the challenge of a battling Portlaoise outfit in Annanough as an early Lorna O’Sullivan goal set the stall from the off for the blue and gold.

Among the household names looking to put in a noteworthy performance for Sarsfields this year are McEvoy sisters Jenny and Alison, former Laois captain Mags McEvoy, captain Rosemarie Bermingham, stalwart Aileen O’Loughlin, Joyce Dunne and Meaghan Dunne on the inside forward line.

Ava Lawlor and Leah Tarpey, daughter of Kilcavan man Mick Tarpey, are earmarked to be two bright young sparks for the club in years to come, and both made a starting appearance in the semi-final showdown.

While Sarsfields will be without the likes of the formidable Tracey Lawlor, who retired from the club scene last year, and Ciara Burke, who emigrated to Austraila, they do welcome back two very influential players into the arsenal.

Former Laois ladies player Rachel Williams returned home from Abu Dhabi this summer, re-earning herself a spot on the starting 15.

Meanwhile former Laois captain Laura-Marie Maher has been testing the waters on return from her second cruciate injury, coming on as a sub in the semi-final.

However Sarsfields are not unbeatable, as St Conleth’s have shown when they stormed past them to win their first senior league title this year.

And if any team has weathered a battle and come out the other side this year, it’s Timahoe.

Their championship opener against Portlaoise on May 19 had all the makings of a thriller, and the two sides ended up sharing the spoils that day, finishing Timahoe 3-10 Portlaoise 4-7.

The follow up to this exhilarating seven goal display took over two months to happen, as Timahoe met Shanahoe. The women in green and red saw off the newly-promoted Shanahoe to set up a meeting with St Conleth’s in the semi-final.

Here, they ran out winners on a scoreline of 4-9 to 3-6, to set up their meeting in the grand finale.

Goals are a key weapon in Timahoe’s setup, and no-one is better at raising the green flag than the goal maestro that is Mo Nerney.

The Laois ladies sharpshooter managed to convert 2-6 on that championship opening day in Portlaoise, her efforts keeping the teams neck-and-neck throughout the 60 minutes.

She managed 2-5 in their semi-final versus St Conleth’s to send Timahoe through to their first final in four years, and will certainly be a player Sarsfields will have to keep more than an eye on this Sunday.

Timahoe has a blend of youth and experience, but even their youngest players know what it’s like to compete at the highest levels.

Sarah Larkin, Jenny Murphy, Alice Dunne and Orla Hennessy all started on the All-Ireland ‘A’ winning Scoil Chríost Rí side, the first to claim the top-tier trophy in the school’s history.

Maggie Murphy, Louise O’Shea, Shona Barry, Maureen Young all add invaluable strength and experience to the side, while Timahoe welcomed he return of Aisling Donoher (neé Quigley) after a short maternity leave earlier this year.

The former Laois ladies player came on as a subsitute in that first game of the year against Portlaoise, and has staked her claim at centre field for Timahoe.

Aisling’s sister Sarah captains the side and typically lines out on the full-forward line.