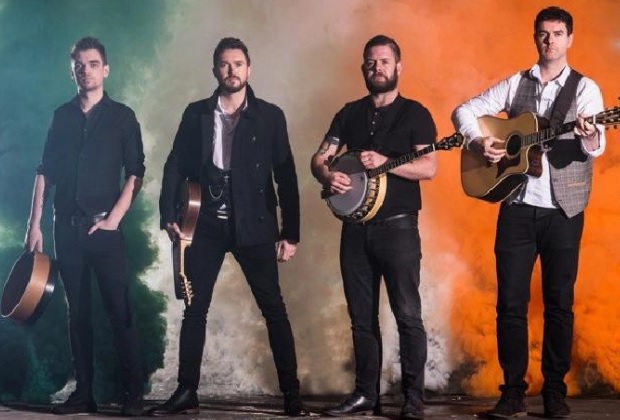 He may be touring the world for over a decade with The Kilkennys, but don’t let the name of the band fool you, Robbie Campion is well and truly a Laois man at heart.

Campion, from Durrow, is set to perform with his award-winning folk band on Saturday, September 21, at the Abbeyleix Manor Hotel at 8pm.

The Durrow man is adept on a number of instruments, including the guitar, mandolin and banjo. He also sings on various tracks for The Kilkennys.

The Kilkennys have performed at many prestigious events, including playing in front of the GPO on the 100 year anniversary of the Easter Rising, and at the Zwartze Cross Festival in Holland – but Robbie always particularly enjoys playing in front of a home crowd.

“It’s the closest gig to home that we’ve played in a while. Obviously I’m from Durrow and I’d know a good few people from Abbeyleix and that direction.

“We used to play in Portlaoise and Durrow a lot and a few people were enquirying about when we’d be back, so there should be a nice local crowd at it,” said Robbie.

Campion, whose parents Bob and Marian own Bob’s Bar in Durrow, began playing music at the age of eight with Catherine Hyland in Ballinakill.

By the time Robbie was 12, he had joined Camross Comhaltas with the great Conroy family.

A step into what would become The Kilkennys happened when Robbie was just 19. In 1998, he joined the group, then called Uisce Beatha.

In 2008 years they changed the name to The Kilkennys and 11 years later they’re still going strong.

Among one of the highlights the band has reached so far in the career was in 2016, when they sang ‘Grace’ outside the GPO for the anniversary of the 1916 Easter Rising to 100,000 people.

Robbie has a particular grá for singing live, and the dynamic arrangements and energetic performance from the band is set to leave people jumping off their seats wanting more.