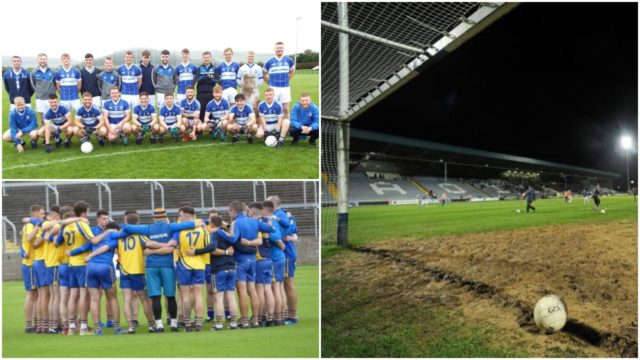 We have a double header of county final action tonight in O’Moore Park and it gets underway at 5.30pm as Castletown take on O’Dempsey’s.

Here, we take a look at how the game is likely to pan out:

Castletown and O’Dempsey’s are not two teams who have met on a lot of occasions in the past but they will meet tonight in the Laois JFC final in O’Moore Park.

The last time the Castletown footballers lost a competitive game was July 29 2016 – over three years ago.

Rathdowney defeated them in the Junior C semi final that day but ever since then, the Castletown lads have won every game. And now this evening they will go for three county titles in a row when they face O’Dempsey’s in the Junior A football decider.

They don’t compete in the league so they entered the Junior C in 2017 and won four games to win it – including beating their nemesis Rathdowney in the final.

In 2018, they stepped up to Junior B where they defeated Rosenallis, Arles-Killeen, Timahoe and then Rosenallis again to claim glory.

This year, Castletown stepped up to Junior A where they had fine wins over Ballylinan, Portlaoise and Spink before stunning pre-tournament favourites Park-Ratheniska last week to reach the final.

O’Dempsey’s were stunned at senior level two weeks ago by Ballyfin but they reached the final of this competition last year and will be favourites to win it this time.

Like Castletown, they have won all their games so far with Camross, The Heath twice and Kilcavan falling to them.

They have added in the likes of Stephen O’Leary and Eoin Finlay this year but have lost players like Barry Howlin and Bryan Meredith from last year’s team.

Castletown are set to be without three of their team who defeated Park-Ratheniska in the semi final as Evan Cuddy and Gearoid Gaughan are away while Joe Phelan is injured.

But the have flown chief scorer James Mullaney home from the Middle East while Ryan Mullaney, Conor Phelan, Martin Phelan and Ger Reddin are all fine footballers.

Nevertheless, this will be a huge step and their 1,156 day winning streak may come to an end.