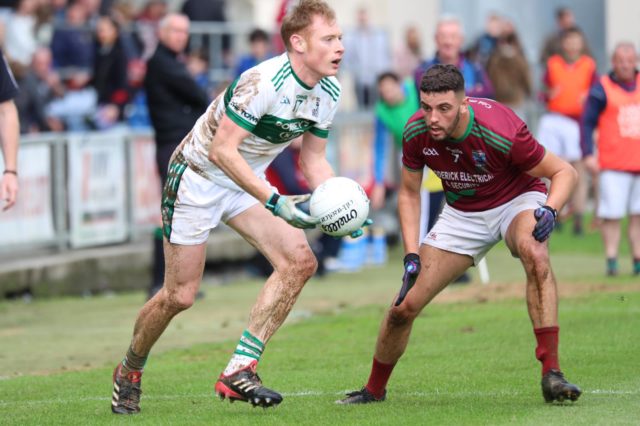 Portlaoise are into the Laois SFC final for the 13th year running and have kept their latest three-in-a-row hopes alive after a thrilling win over Portarlington in O’Moore Park this afternoon.

Gareth Dillon was the hero as his point in the eighth minute of injury time proved the winner in a hugely entertaining clash that saw Portlaoise come back from a six-point half-time deficit.

Portarlington, seeking to reach a first final in 18 years, had led by six points at the break but Portlaoise stormed back in the second half to lead by two.

Port fought back again to take the lead only for a Brian McCormack point, which brought his tally to 1-6, level the sides again. Then Dillon popped up with the winner and Damon Larkin made sure of it a couple of minutes later.

On a pitch that was just about playable and a game that bubbled over throughout, Portlaoise showed why they are standard bearers in the county by battling through a testing affair.

Port got off to a dream start, with Jake Foster getting a goal after just a minute. He added a free moments later and if Portlaoise were in any doubt that this was going to be a big challenge they knew there and then.

Ronan Coffey added a point shortly after and by the sixth minute Port had a 1-2 to no score lead.

As expected, Port brought huge aggression and intensity and while there was little skirmishes throughout the first half it never boiled over even if referee Michael Tarpey had to dish out a handful of yellow cards.

Portlaoise got off the mark in the 12th minute when Gareth Dillon clipped over a nice point after a patient buildup but Port hit the next three – one each from the two Murphys and another from Foster.

Portlaoise replied with two in a row – a Bruno McCormack free and a point from close range when he went for goal – but again Port hit back, again the two Murphys finding the range.

Brian Glynn pulled one back for Portlaoise but there was six in it at the break, 1-7 to 0-4.

Portlaoise changed things around a bit at the break and duly upped it considerably, led by the likes of Kieran Lillis and Brian Glynn whose influence grew as the game went on.

Ciaran McEvoy fisted a point and then McCormack drilled home a penalty in the 35th minute after Ricky Maher was fouled.

McCormack added a point almost instantly and suddenly all the momentum was back with Portlaoise. 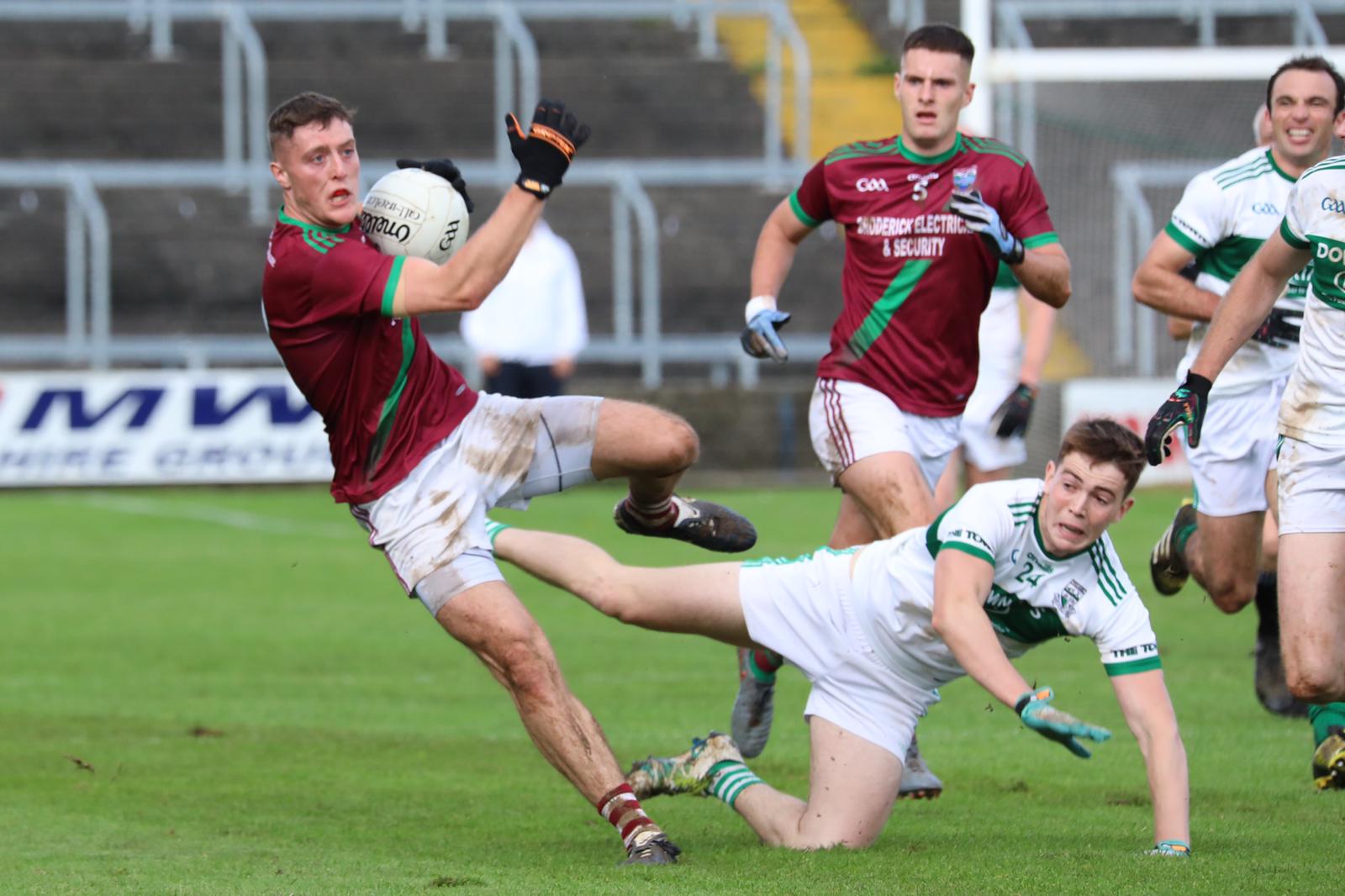 Colm Murphy did stem the tide for Port with a free but Ricky Maher cancelled that out and then Benny Carroll added a free to level things up for the first time in the 42nd minute and went ahead a minute later when McCormack swung over another.

Then Maher doubled the lead and Port look a beaten docket.

But Port finally shook themselves and Colm Murphy pointed twice in a minute to have them level by the 53rd minute.

Then he put them ahead again with his sixth point of the game but the lead was short-lived as Portlaoise worked it down the field to McCormack and he ballooned one over again.

The winner came eight minutes into added on time when Craig Rogers picked out Dillon with a lovely pass.

There was five more minutes played after that – with Tarpey dishing out three red cards after a series of flashpoints (to Ricky Maher, Alex Mohan and Keith Bracken) – and Damon Larkin made sure of the win when he punched over.

For Port, they’ll see it as an opportunity missed.

For Portlaoise, it’s business as usual. They’ll take their place in the final in two weeks once again. 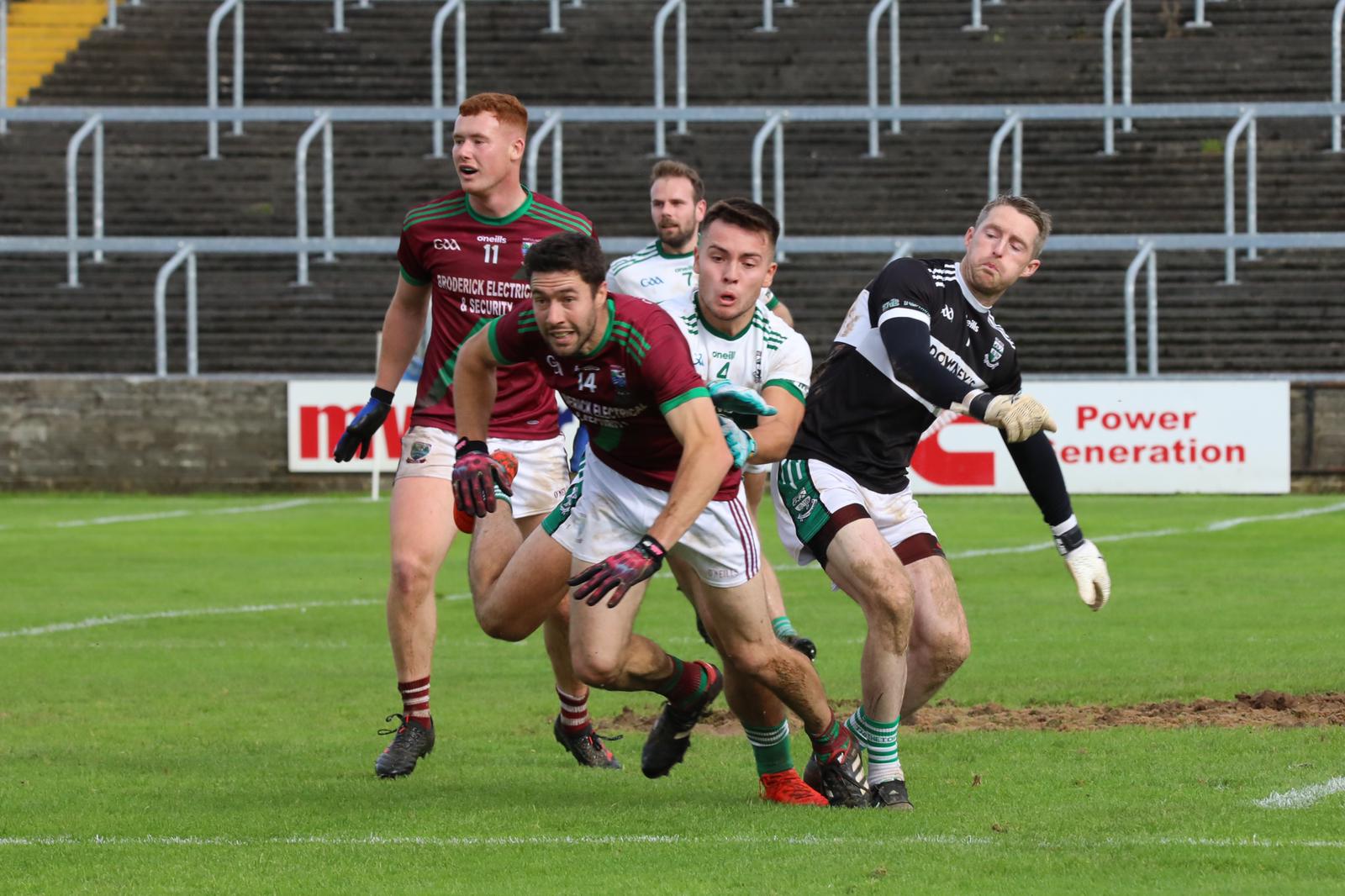