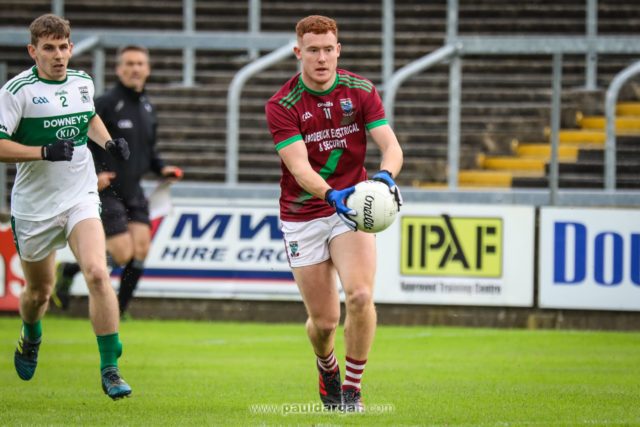 Portarlington will be disappointed not to have reached this year’s Laois SFC final but their full-forward Colm Murphy is almost certain to finish the season as the championship’s top scorer.

Killeshin’s David Aston is highest placed player of the two teams left in the championship but on 1-22 he is unlikely to challenge for top spot barring the county final goes to a couple of replays and Aston hits serious scores.

Murphy is also unlikely to be caught at the top of the ‘From Play’ scoring charts. He scored 3-21 from play in his six games which is again ahead of Moore and O’Carroll. Eoin Lowry is leading the way of the remaining players left in the championship with 1-15.

But with all the players playing a different number of games, we have broken down the scoring charts into a number of different categories – ‘Overall’, ‘From Play’, ‘Overall Average’ and ‘From Play Average’.

This is a big weekend of club hurling action – and as well as looking ahead to the players that will do battle, it’s also interesting to see who the men in the middle will be.

Castletown’s Alan Doheny will take charge of Sunday’s big Laois SHC semi-final between Camross and Rathdowney-Erill, one in which there be a lot of focus on given the fall out after last year’s final between the two.

Padraig Dunne from Colt, a relative newcomer to the refereeing scene, will ref his first senior semi-final when he takes charge of Clough-Ballacolla v Borris-Kilcotton in the first game. Dunne has already refereed a number of senior games this year.

Elsewhere, the two Senior ‘A’ hurling semi-finals will be refereed by Clough-Ballacolla’s George Boyhan and John Lalor from Shanahoe.

Boyhan will oversee Saturday’s game between Colt and Rosenallis while Lalor will be the man in the middle when The Harps and Ballyfin meet on Monday night.

Minor football down to final two

The Laois minor football final will be a curtain raiser to the senior decider next week and will see Ballyroan-Abbey seek to defend the title they won last year when they beat Portarlington after a replay.

Ballyroan-Abbey’s opponents in the final will be Emo-Courtwood who are no strangers to underage county final in recent years either.

Ballyroan-Abbey were 1-17 to 2-5 winners over Portlaoise in last weekend’s semi-final in Colt. Among their key players are Shaun Fitzpatrick, Lawson Obulor, Brian Whelan, James McWey and Fionan Mahony.

Courtwood-Emo were 5-16 to 5-10 winners over St Joseph’s in the other semi-final in Stradbally.

That game will throw in at 2pm ahead of the senior final between Portlaoise and Killeshin at 4pm.