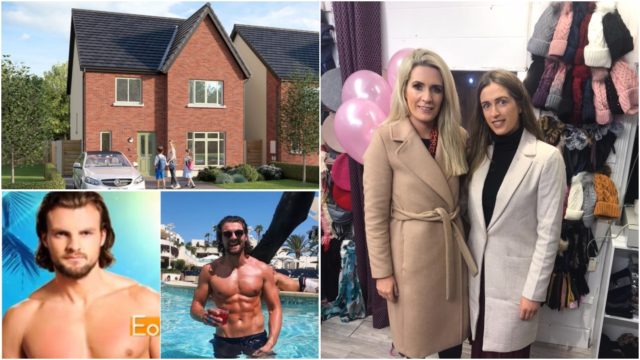 Every Sunday, we look back on the top stories of the previous week on LaoisToday.

And as always, it was another wide and varied week. Among the top stories of the past seven days were the Electric Picnic, two Laois sisters opening a new business in Portlaoise, a young Portarlington man’s gambling addiction, some quality photos from this time 10 years ago, a Laois man on Love Island in Australia and a couple of big sports stories from the local GAA scene.

Laois County Council heard contributions from a couple of members over concerns they have around Electric Picnic.

Tara and Mo Nerney from The Heath opened their second ladies boutique Pretty Woman in Portlaoise, exactly ten years after they opened their first store in Naas.

3 – Jason ‘Chilly’ Ward: What gambling did to me

4 – Moment in Time: Some absolute classic photos from the 2009 Junior Cert Results day

With the Junior Cert results out last week, we dug up some classic Alf Harvey photos from Heywood CS in 2009.

A young man who was born in Portlaoise and lived here until he was 10 was unveiled as one of the contestants on this year’s Love Island.

6 – Portlaoise into Laois SFC final after thrilling win over Portarlington

The Portlaoise footballers qualified for the Laois SFC final for the 13th year running – but only after an incredibly tough battle against Portarlington.

The Tidy Towns results are always eagerly awaited and it came as no surprise that Abbeyleix once again featured quite prominently.

There was huge interest in the second Laois SFC semi-final and it took a replay to separate Killeshin and Ballyfin.

It was a dramatic weekend of football – and our Team of the Week was particularly hard to pick.

A new housing development was unveiled in Portlaoise and there was considerable interest as the showhouse was opened to the public on Saturday.