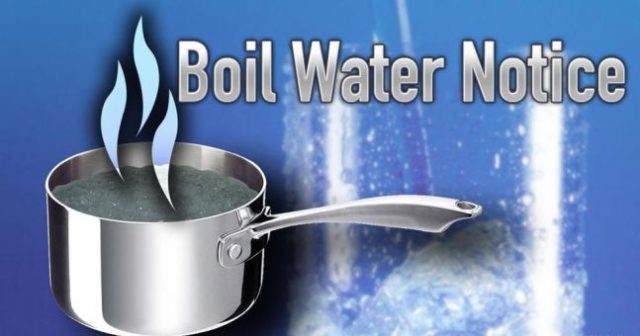 A boil notice for a day is a nuisance; for a week, well that’s a bother; for a year, you’d say ‘you’ve got to be joking’; but for 8 years? Well that’s downright unbearable and other words that are not permissible on LaoisToday.

No small wonder then that a group of residents in one small Laois estate are furious and boiling mad themselves over the manner in which they are being treated.

They have to boil and treat their water supply before use. They have had to endure this for 8 years.

They were at the end of their tether but the tipping point has now been reached as a number of children from the Killenard Lodge housing estate have ended up sick in hospital. The ecoli contaminated water supply to their homes is being blamed.

The issue was raised once more by Cllr Tom Mulhall who was clearly irritated himself that the matter continues to drag on as he sought a resolution for the residents.

He got support from Cllr Aidan Mullins who also had a fairly thick file of documents and correspondence on the long running saga.

Ironically, both the developer of the estate and the head of water services in the Council both live within close proximity to the affected Killenard Lodge estate.

However, the weary residents seem to be ‘piggy-in-the-middle’ with no solution in sight to the impasse between the builder and the local authority as to just who is responsible for the cost of connecting the houses to the public water main to replace the current contaminated source.

When Cllr Mulhall raised the issue by way of a motion at the Council he received a response that was far from his satisfaction, leaving him to proclaim that it was no laughing matter.

No one was laughing, but Director of Services and Head of Finance, Mr Gerry Murphy told Cllr Mulhall that the reply he received was an answer to the question he had asked, for an update on the taking in charge of the Killenard Lodge estate.

“The Building Control Officer inspected this estate and considered the roads, footpaths and public lighting were completed to a satisfactory standard and in compliance with the permission granted.

“This estate has its own water supply. It is my understanding that the developer is to apply to Irish Water to connect to the public mains prior to taking in charge. To date this has not been done. There are also outstanding development charges due.

“When these items have been satisfied the estate can be considered for taking in charge,” was the official reply from Mr Pat Delaney in Planning.

Cllr Mulhall was furious. He has been getting the same reply for years.

“These houses are very well built, the common area is very good, and there are no complaints. The only problem is the water quality and the families are on boil notices for the past 8 years.

“Three children had to be brought to hospital recently due to the contaminated water from a private well, even though the public water supply is nearby.

“The developer applied to Irish Water a long, long time ago and got permission to connect, but there is a fee required and I’m calling on the Council to come in here now to step up and take action and help resolve this for the residents who paid big money back in 2004 for their new homes.

“They are paying property tax and working hard and yet here they are on boil notices in this day and age. The Council haven’t liaised enough with the developer, what is Michael O’ Hora in water services doing about it? The main for the public supply is right nearby, there is no shortage of supply and yet these houses can’t tap in to it.”

“This is a lovely estate of high quality houses which are well build and finished and yet they are on boil notices due to ecoli.

“Joe Byrne (the developer) doesn’t want this hassle. Why are water services hanging back,” he queried and noted from a string of correspondence that there was a letter of acceptance from Irish Water for a connection to the main going back to July 16 this year.

“The developer has liaised with Irish water, but our water services in the Council are totally standing back. Michael O’ Hora needs to be more pro-active and get it over the line. Joe Byrne and the head of our water services live 200 metres from this estate,” maintained Cllr Mullins.

“The residents are fed up and I’ve nothing to say wrong about Joe Byrne,” stated Cllr Mulhall

“The developer will have to come up with something. The developer and Michael O’ Hora need to get involved. It’s going on for over 7 years, it’s a crazy situation,” observed Cllr Paschal McEvoy, chairing the meeting.