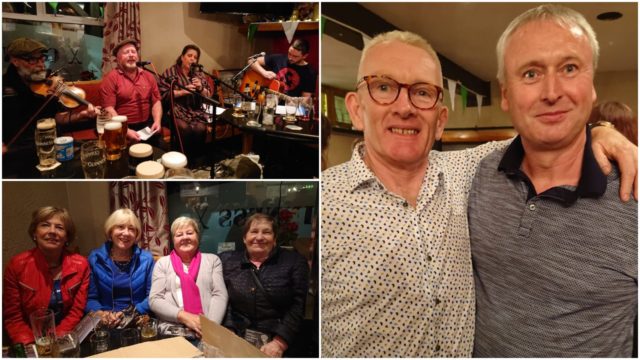 There were powerful ballads, skips of tunes, rakes of pints, mighty craic and a sell-out crowd in the Deadman’s on Sunday night.

It seemed like the whole parish of Ballyfin had downed tools for the evening to enjoy the launch of his Slieve Bloom Sean Nós CD by one of their own, Paddy Fitzpatrick.

Their ranks were swelled by fans of songs and stories from Clonaslee, Mountrath, Mountmellick, Rosenallis and Portlaoise as the famed tavern on the fork in the road was filled to capacity. Fortunately, it was a grand fine mild evening as some even had to spectate from outside on the premises front veranda.

If you weren’t there you missed one almighty session that’s already being chalked down as one of the best ever held in the Deadman’s, if not the county. So much so there’s talks of a replay.

Paddy Fitzpatrick, the singer-songwriter from Rossmore in the foothills of the Slieve Blooms was never in better voice or better form as he rose to the occasion to deliver his own compositions like, ‘Conlawn’, ‘Spade for Bord na Móna’ and ‘Highway Departed’, all taken from his new CD.

These are songs forged in the lived in experiences of boyhood memories of growing up on a small holding in the Slieve Blooms, leaving school early with the ambition of ‘making lids of cash’ in the back breaking work on the bog and a tongue in cheek take on the working man’s love affair with his diesel van.

The Giddy-Ups – Simon Graydon, Áine Fingleton, Ros O’ Meara, Gus Hayes, John Davidson and George Keyes – gave it socks from the start as the gig kicked off on the button of seven.

The Deadman’s audience knew right away that they were in for something special and they weren’t to be disappointed with the savage selection of songs and ballads, not least a rousing rendition of ‘Paddy Works on the Railway’ sung by Paddy Fitzpatrick with the Giddy-Ups at full throttle. It’s a session that’s going to go down as one of the best ever.

The Slieve Bloom Sean Nós CDs, Paddy’s first ever recording, sold like hot cakes with only a handful of the initial run left by the end of the night.  A second batch is on order and will be available from Paddy himself or at the Deadman’s for €10.

Before the night drew to its crescendo with a much demanded encore, or two, Paddy thanked everyone for turning out in such great numbers in support and reminded all that it was an entirely Laois production.

The songs were recorded and produced by Ollie Plunkett and Brian O’ Mahoney at Golden Egg Studios and the much commented on photography is by Kevin Byrne from Mountmellick. 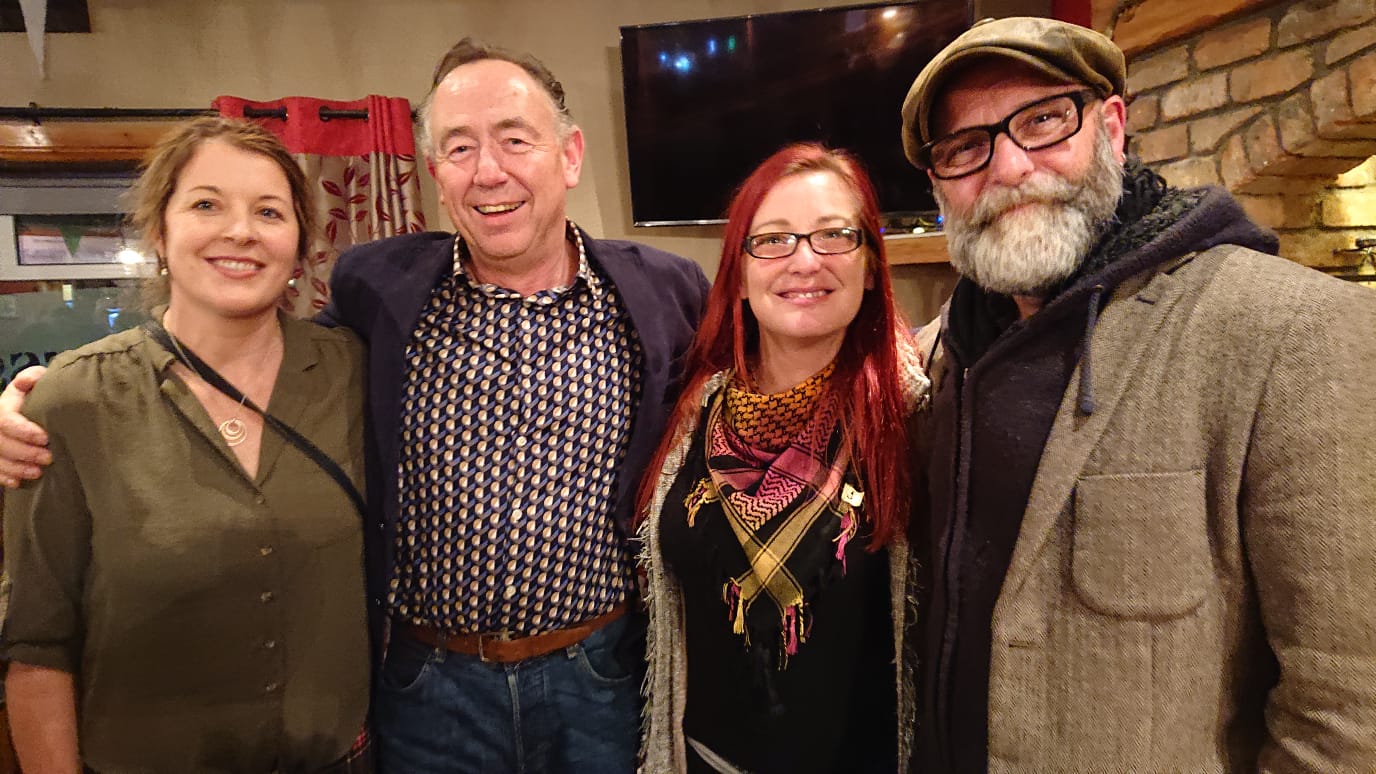 Paddy also thanked all the local media for the great coverage in the build up to the launch and Muireann Ní Chonaill and Ann Lawlor of the Laois Arts Office and Creative Ireland Laois for their encouragement and support.

Paddy is to feature in a radio series presented by Ann Marie Kelly on RTE Radio 1, ‘Songs in My Head’ later this year on Sunday, December 1 at 7.30pm. 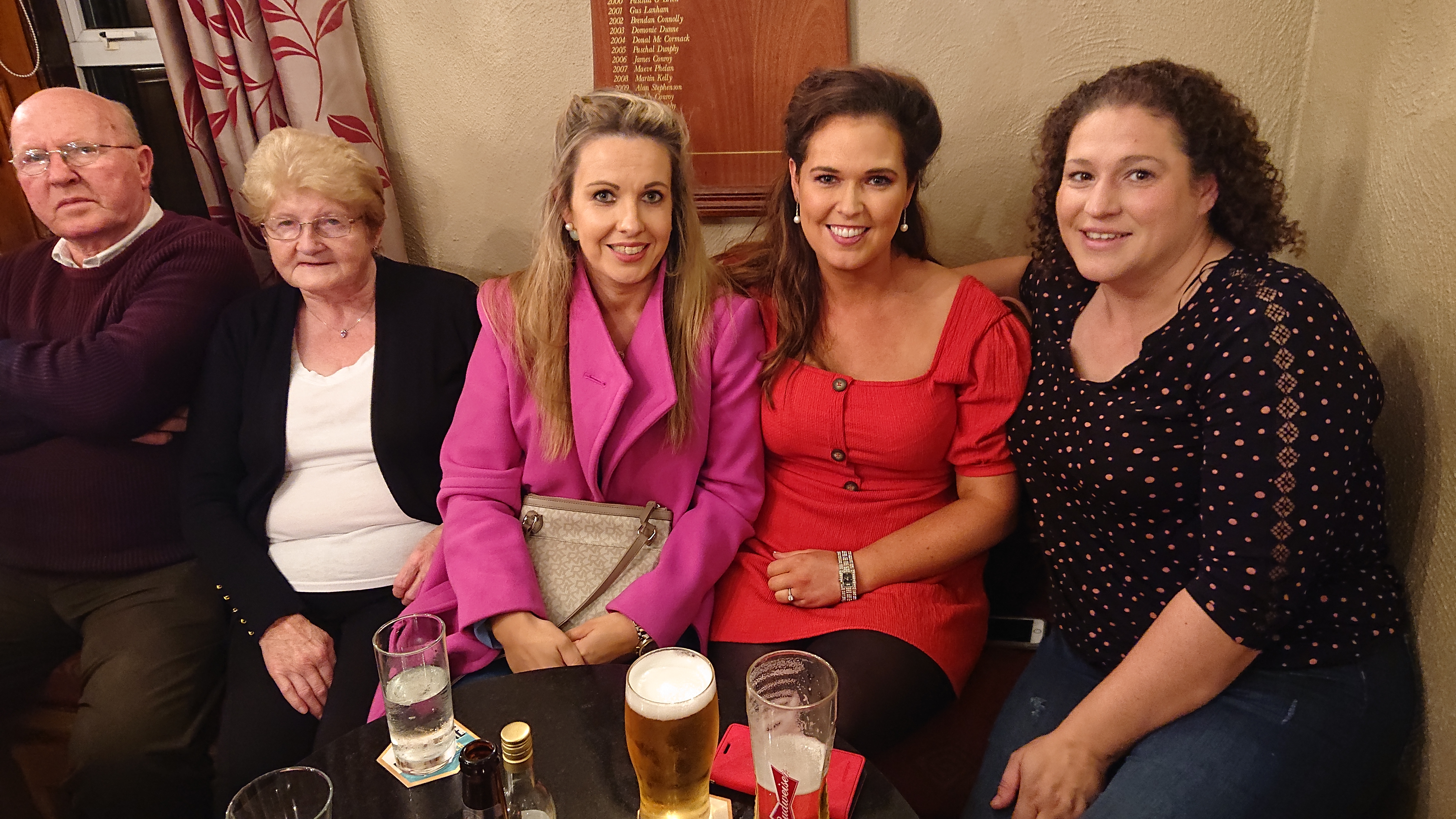 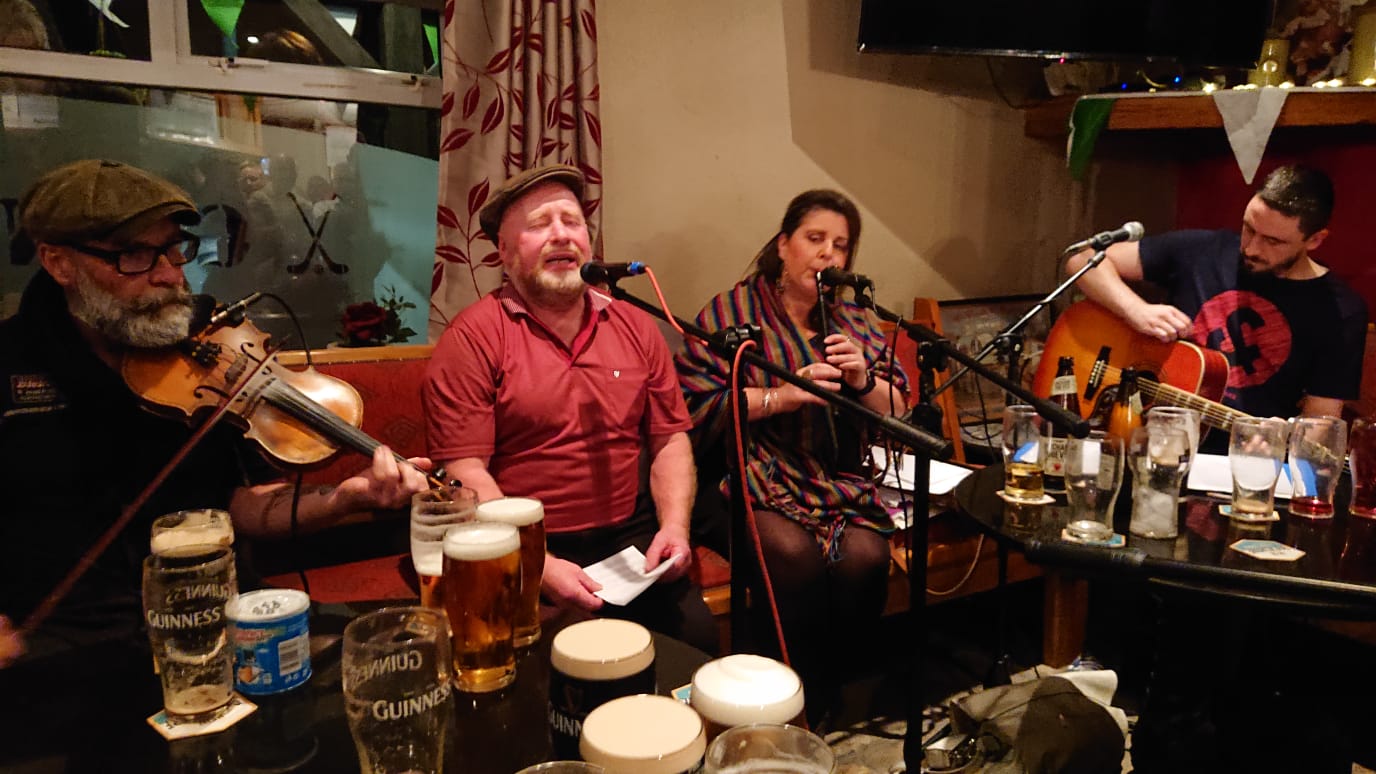 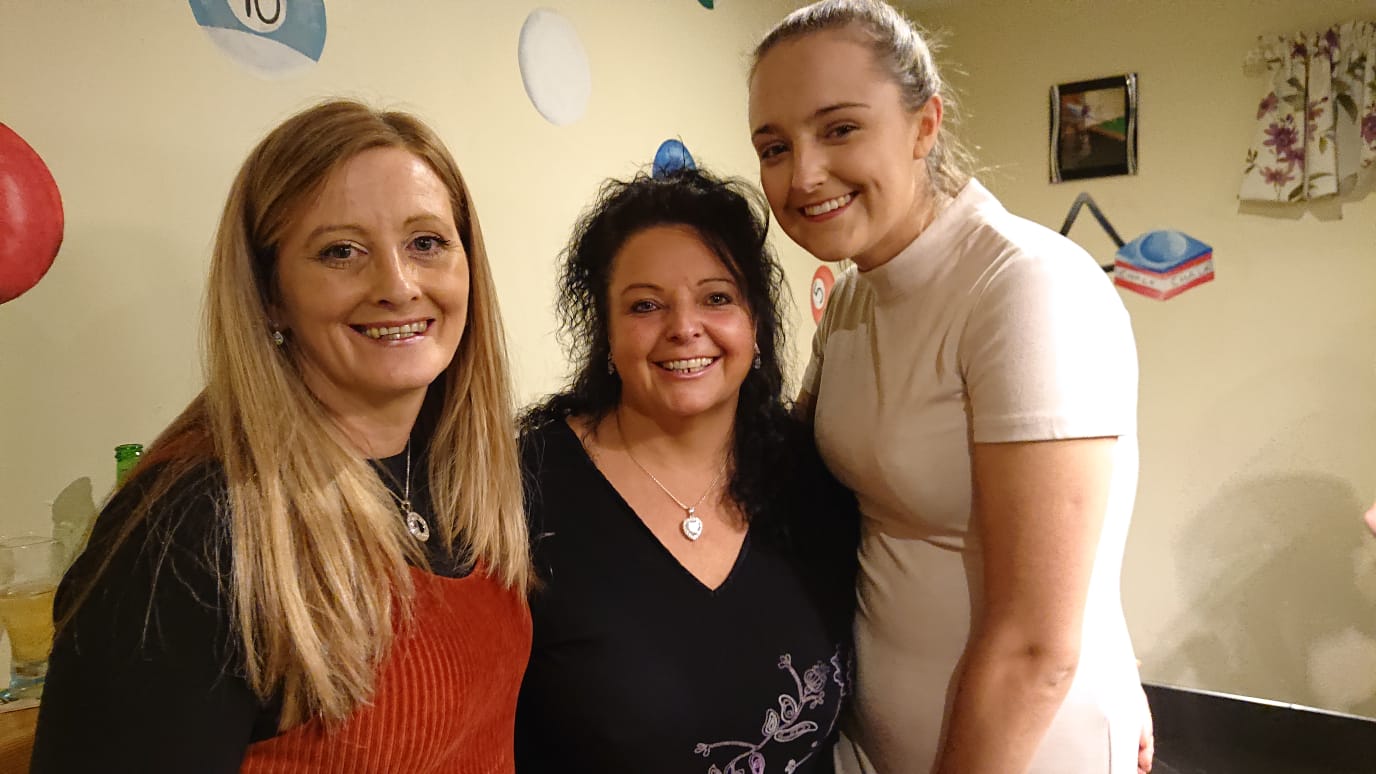 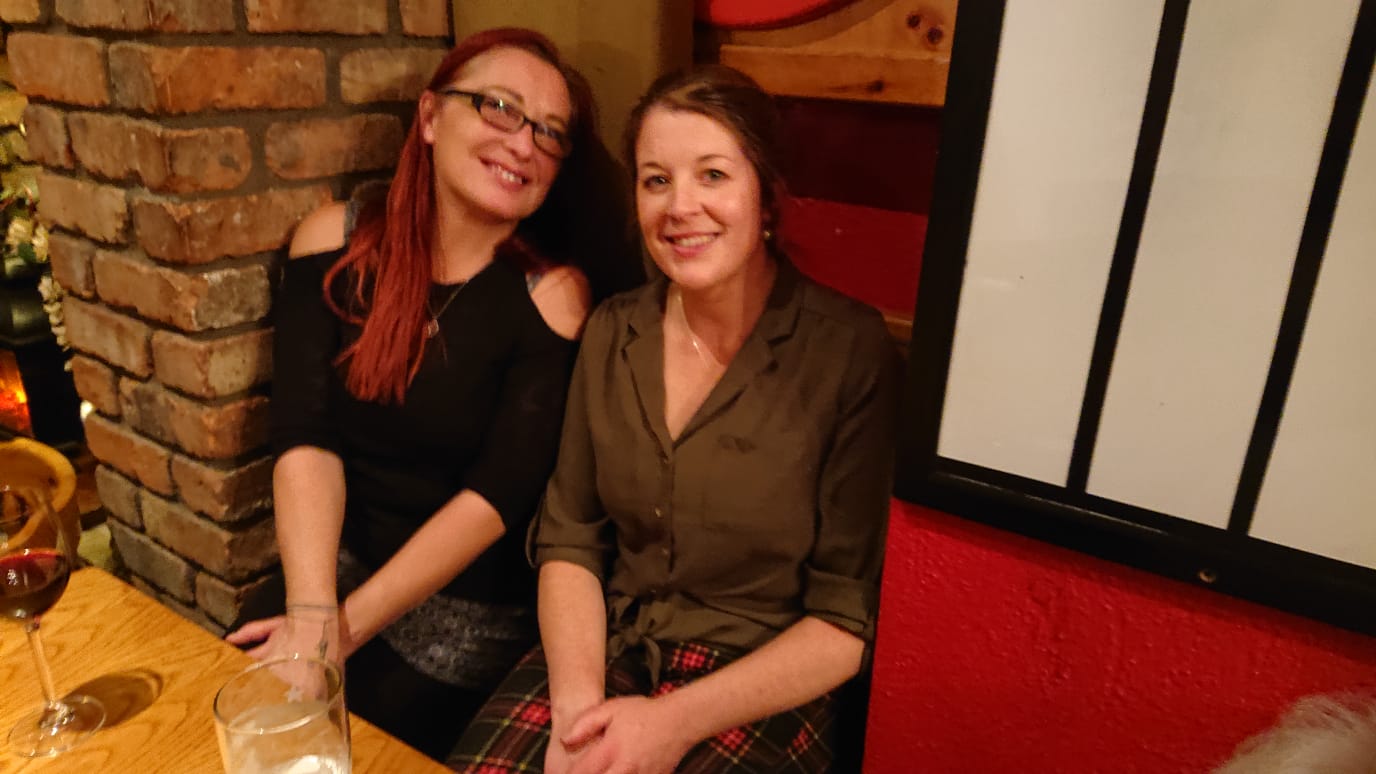 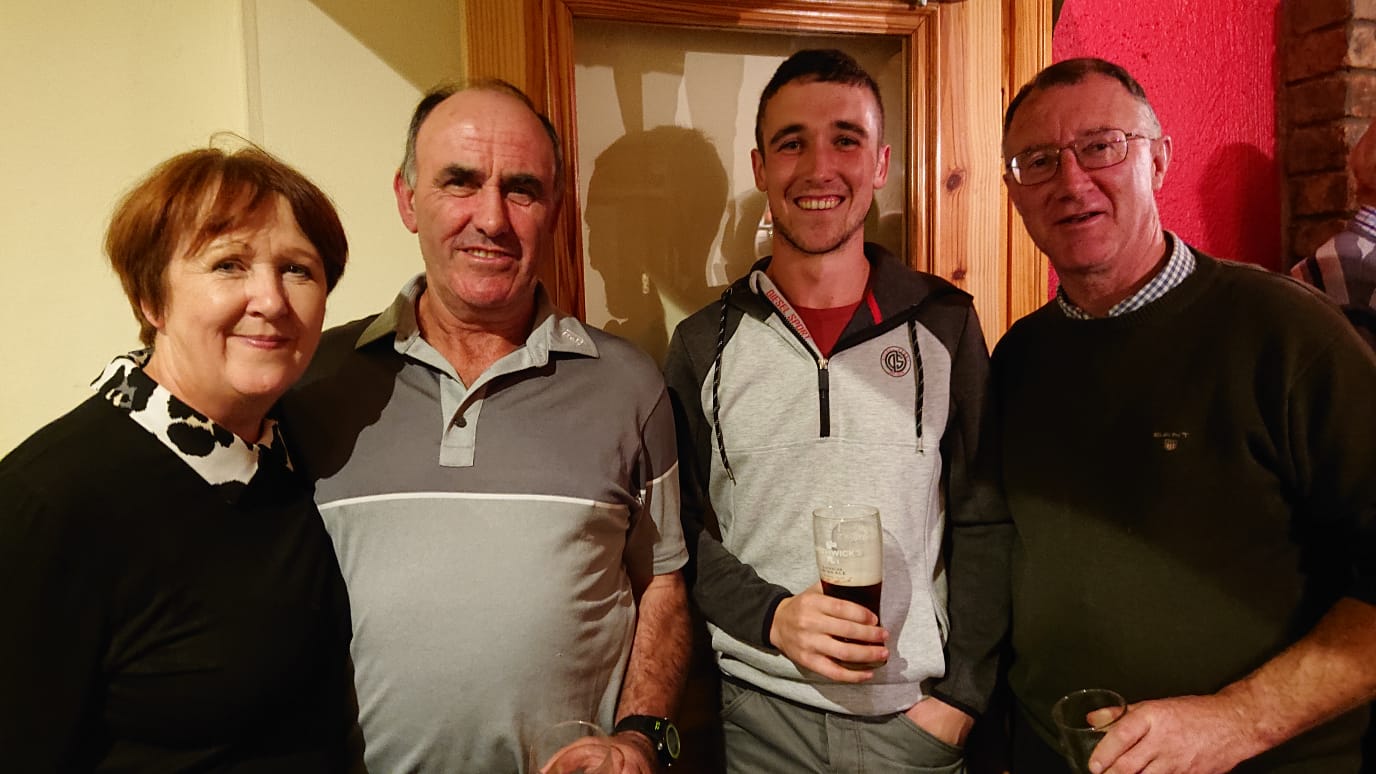 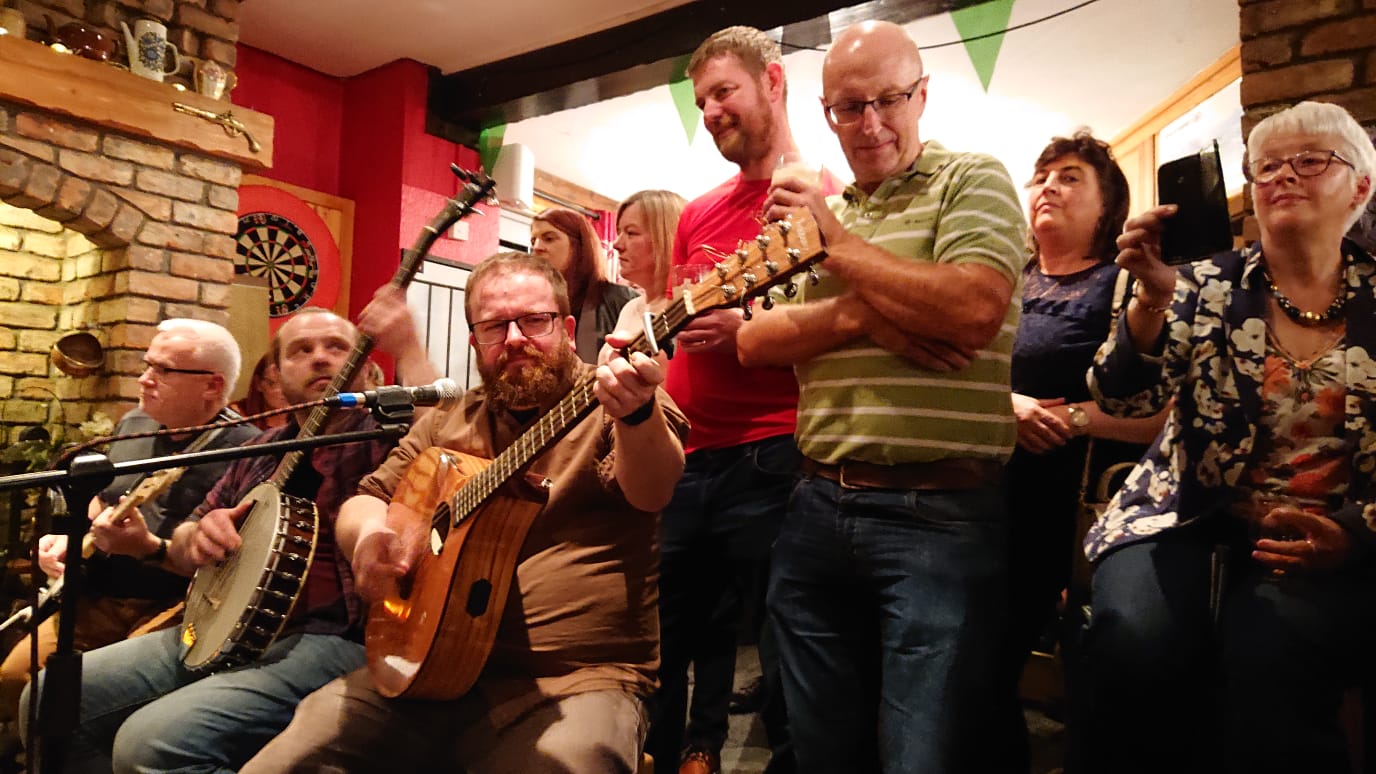 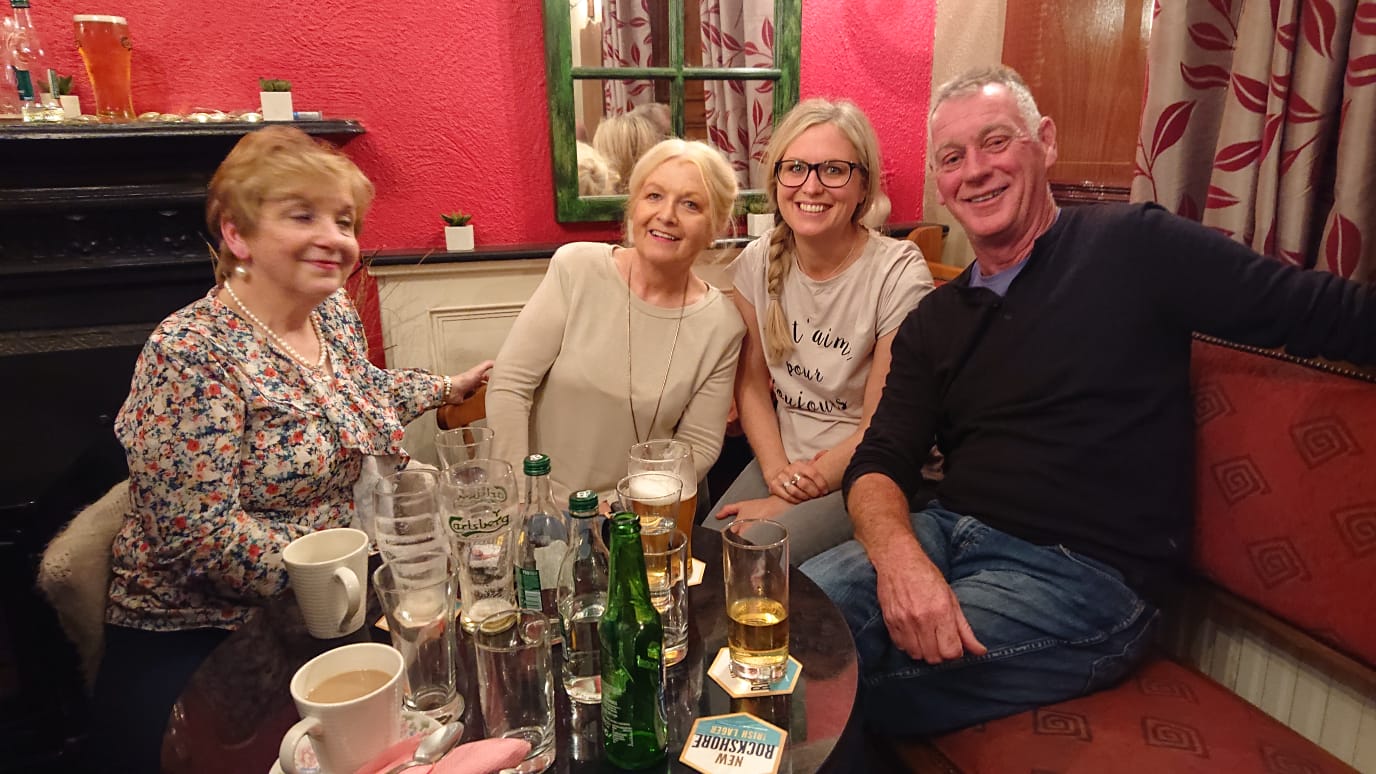 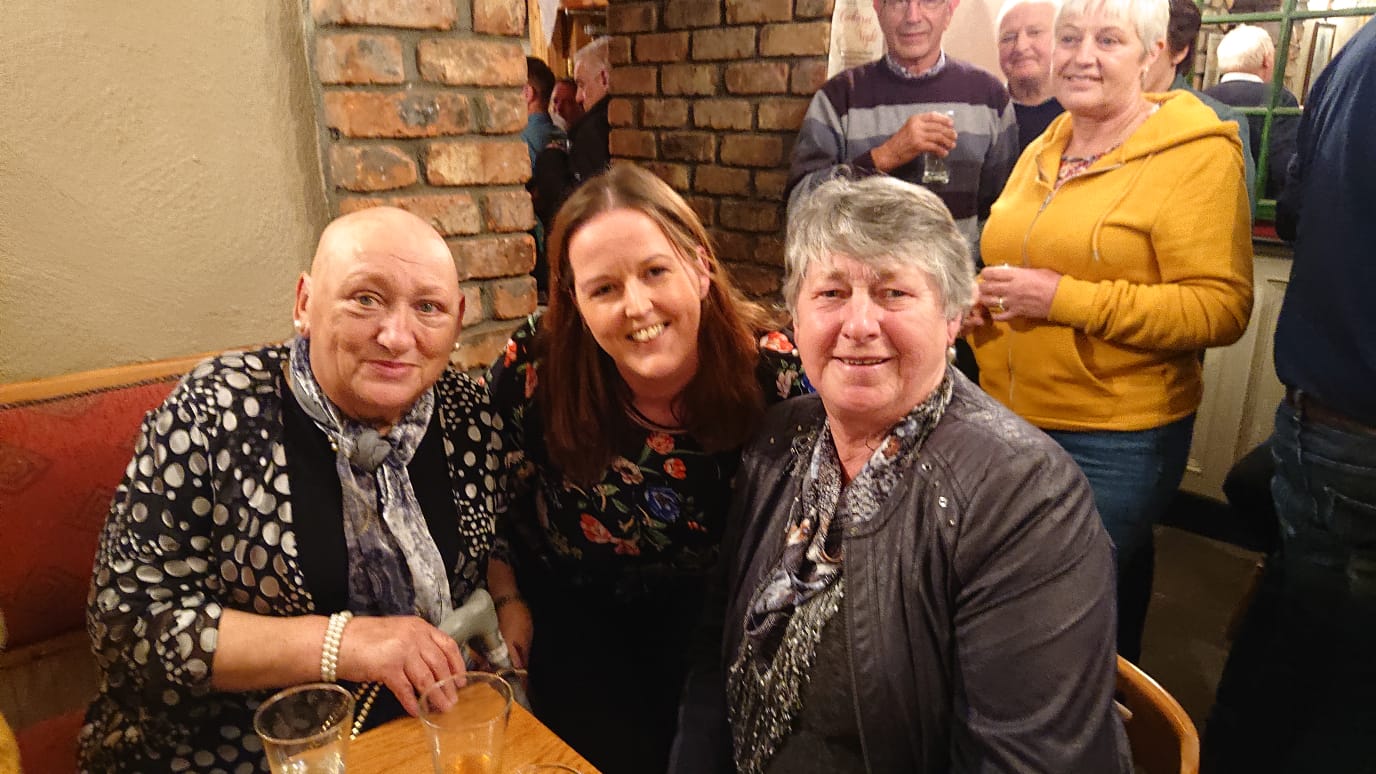 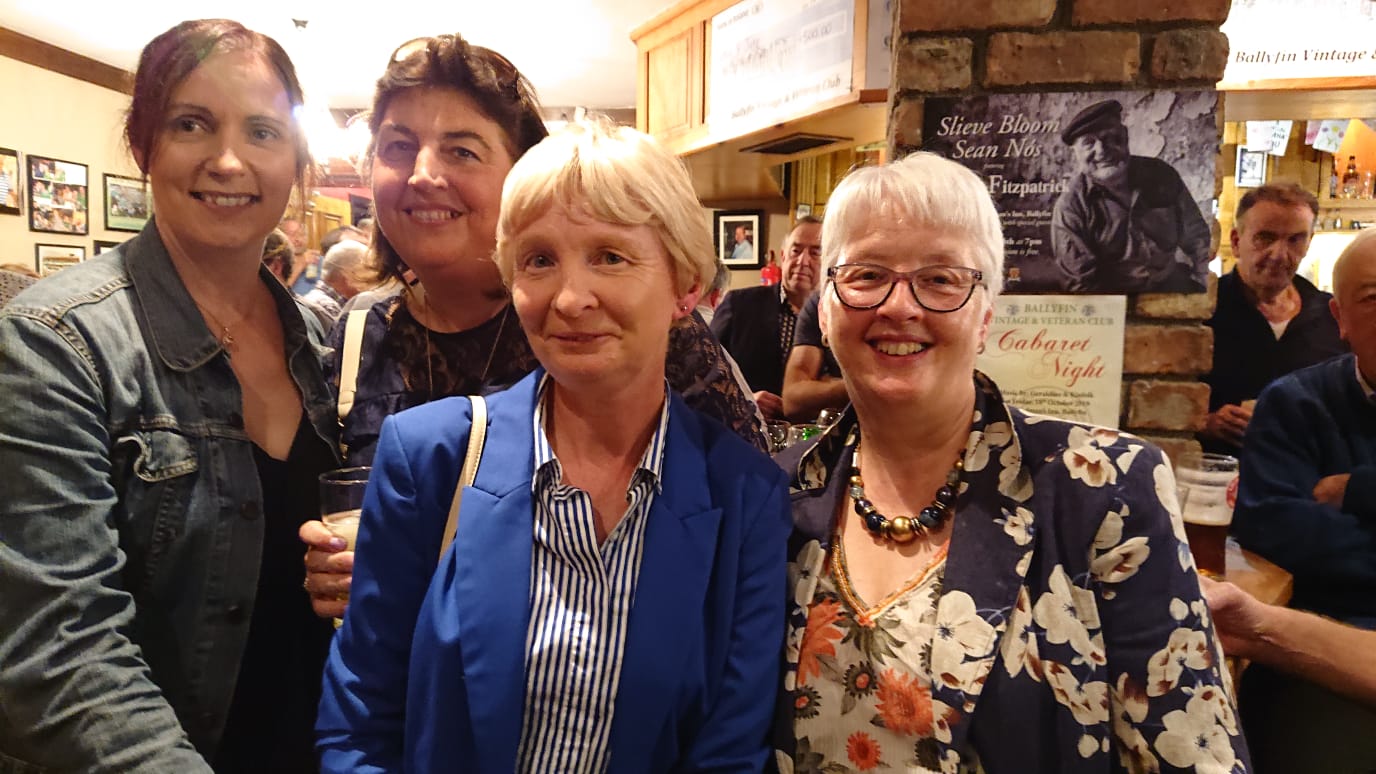 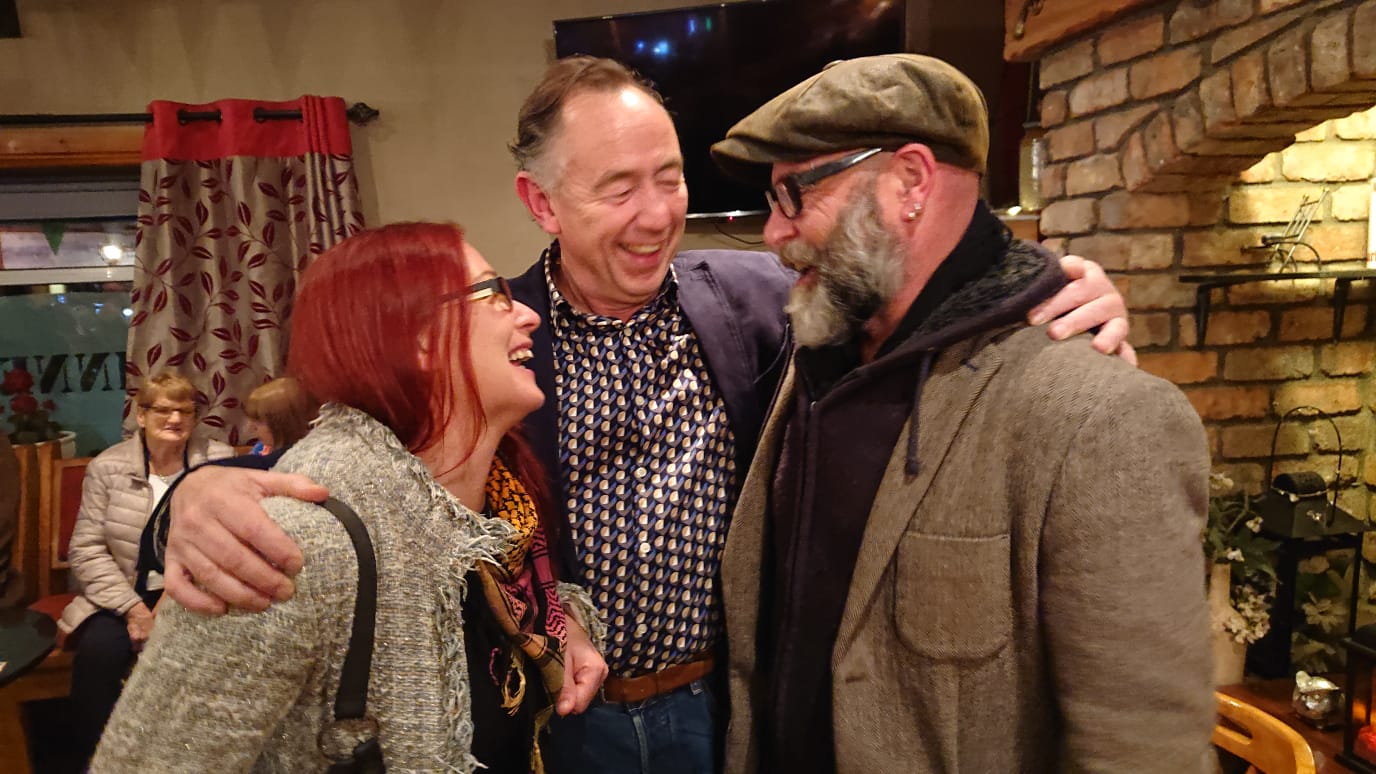 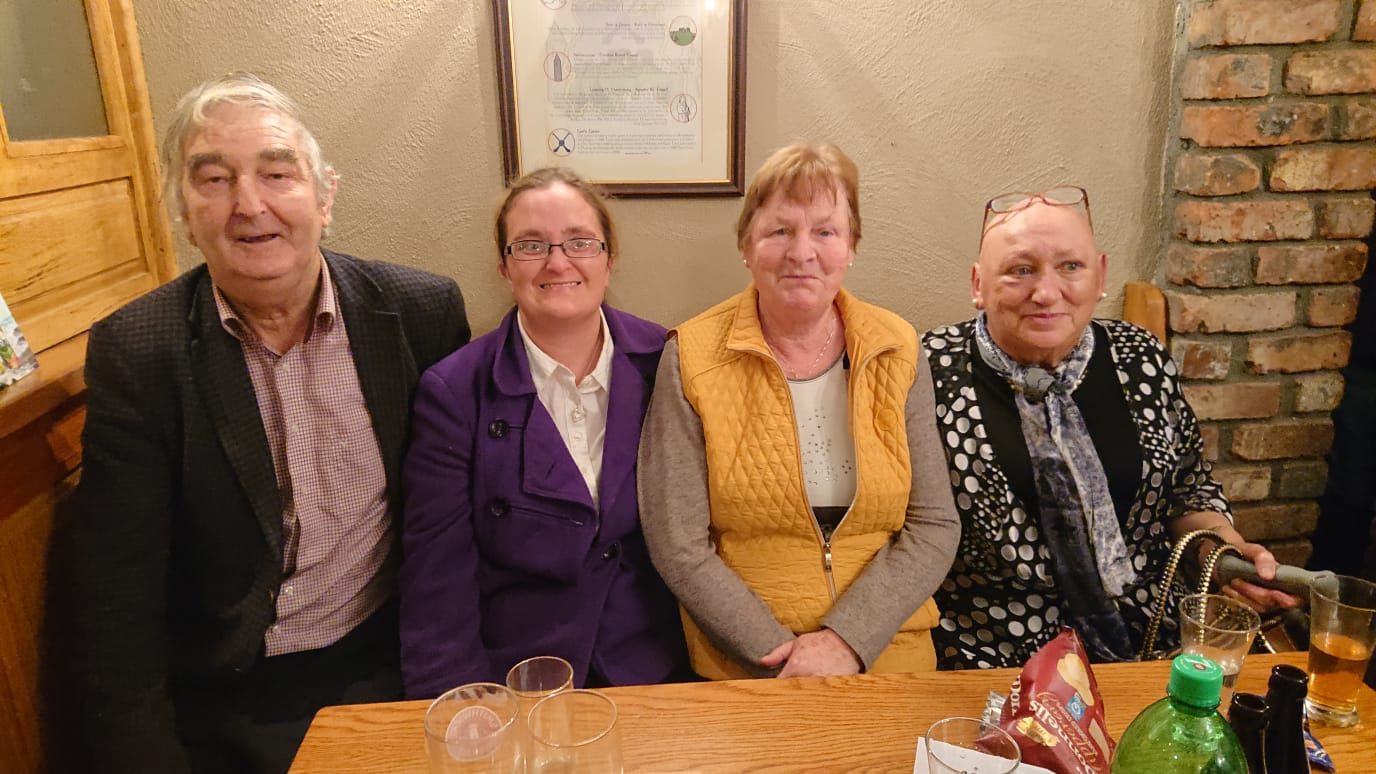 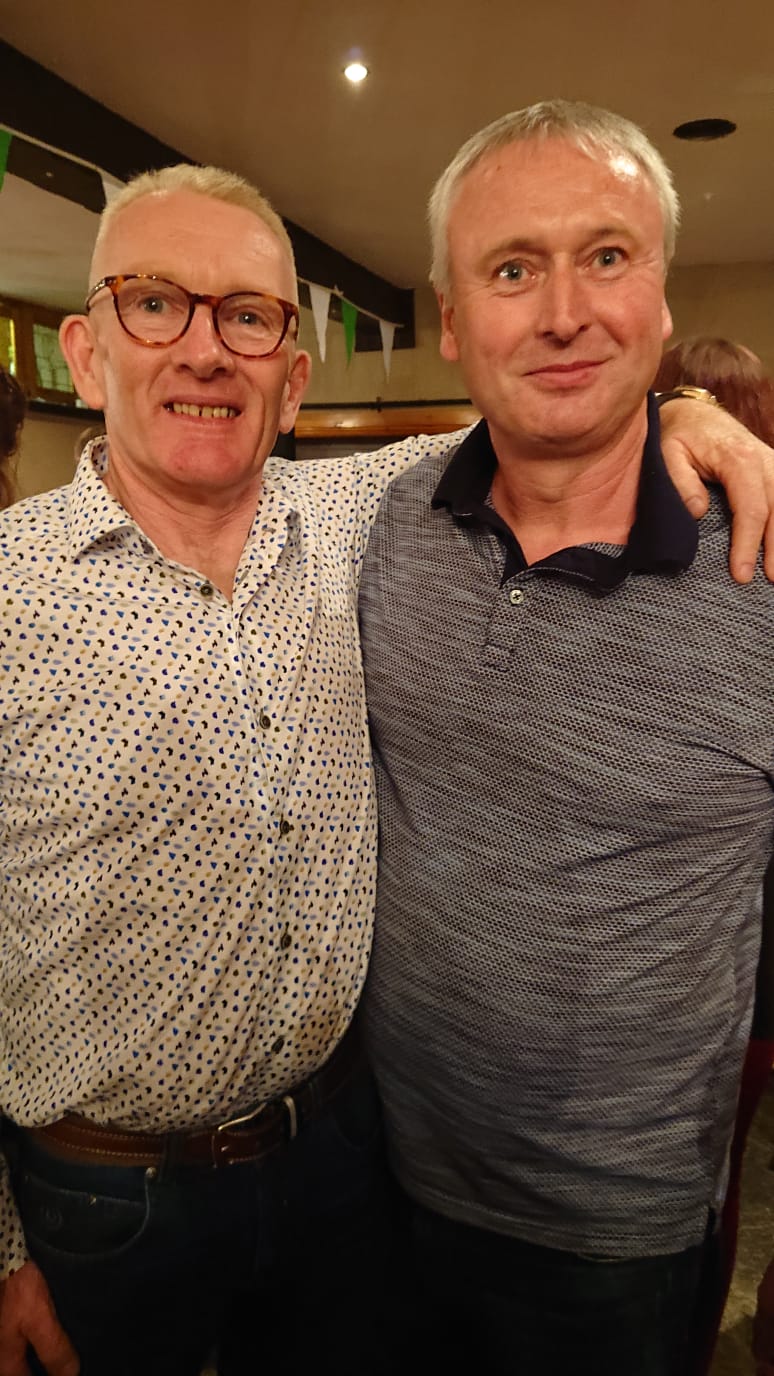 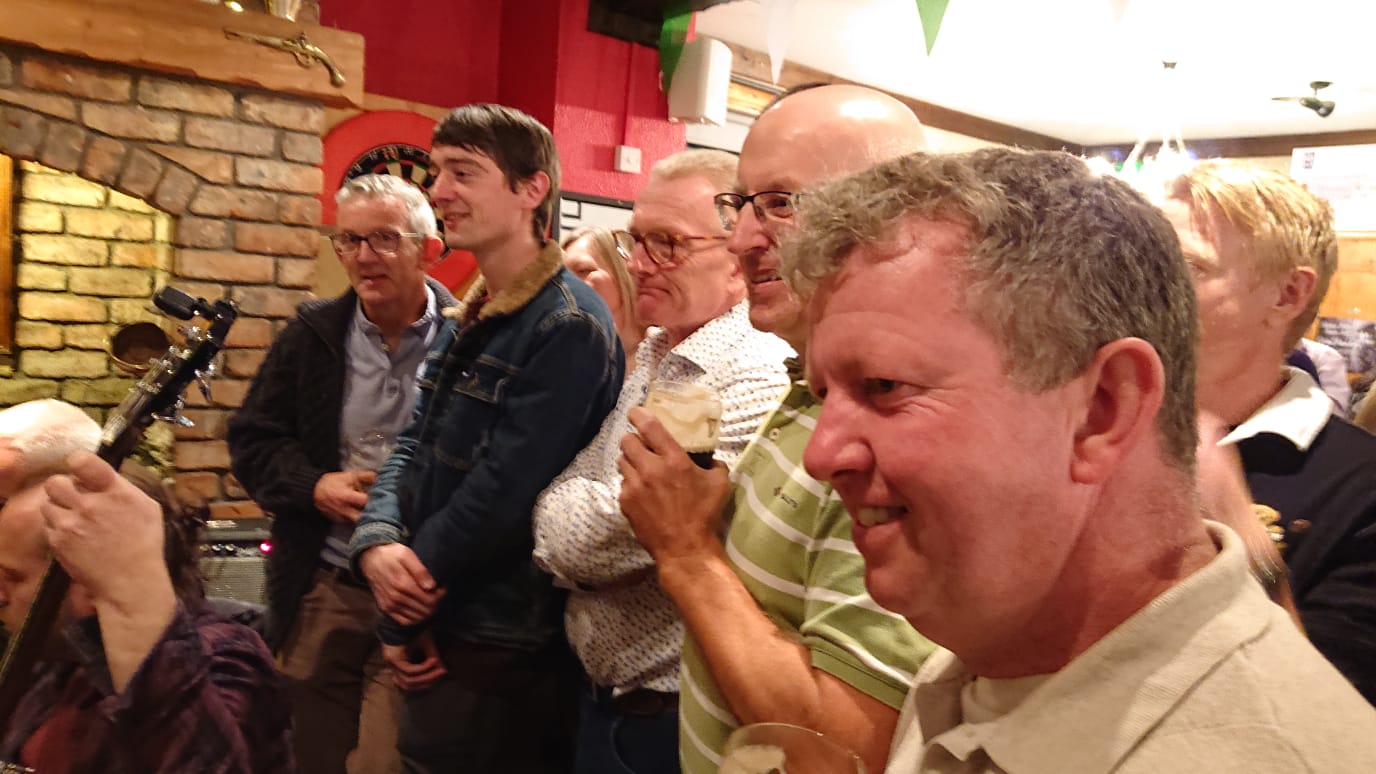 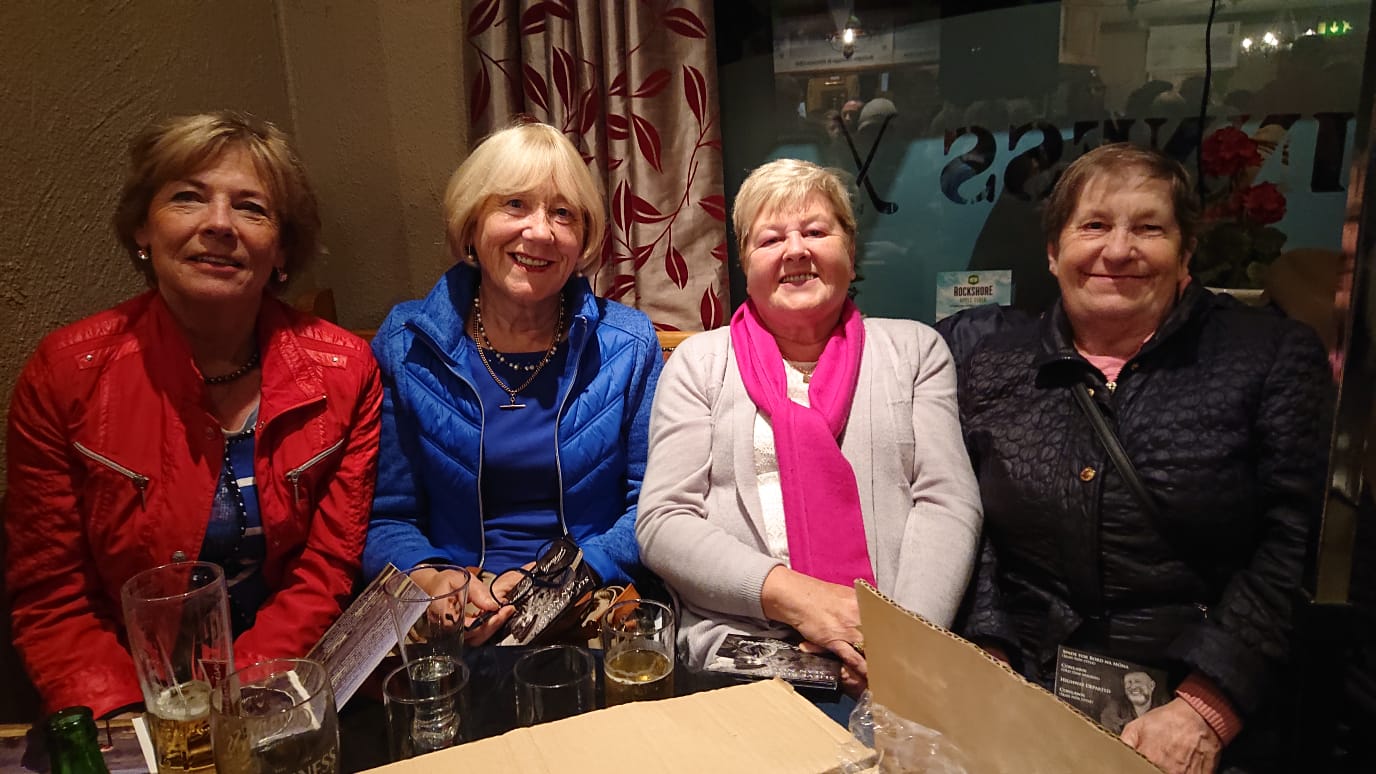