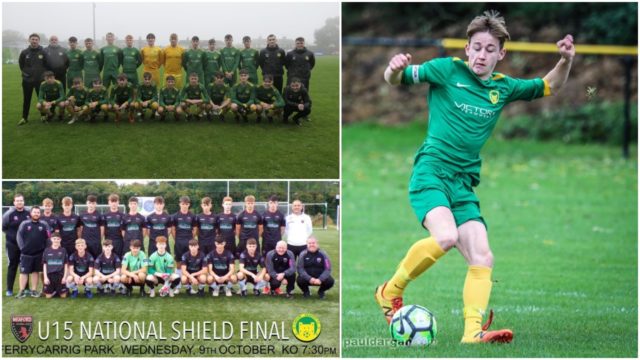 The FAI National Shield Final takes place tonight with a host of Laois players set to be involved on both sides.

Carlow-Kilkenny take on Wexford Youths at 7.30pm in Ferrycarrig Park with silverware on the line.

The majority of the Laois players will be on the Carlow-Kilkenny side, who are contesting their first ever National final, with one of them lining out for Wexford Youths.

Jamie Murphy, Aaron Dorgan, Scott Roycroft and Jack Byrne, who all play for St Fiacc’s in Graiguecullen, are joined by Peter Grogran who plays for Crettyard United.

The Carlow-Kilkenny lads will be captained by the aforementioned Jack Byrne who also goes to school in Knockbeg College.

Harry Llyod of Killeshin, who plays for Hannover Harps, will be up against his Laois counterparts as he plays for Wexford while so too does Conor Carew – son of Knockbeg principal Mike Carew – who is the captain.

This will be the third time that the sides have met this season.

The first game ended in a 4-3 win for Carlow-Kilkenny while the second finished in a 2-2 draw – so this encounter is set to be close.

Carlow-Kilkenny have won the last seven games in a row and come into the final in brilliant form.

The boys qualified for the final following a great campaign defeating Cabinteely, Shelbourne, Cobh Ramblers, Limerick and Wexford to top the group before defeating Drogheda Utd in the Shield Semi Final.

They have played 11 games in the Shield including the Semi Final with a very impressive tally of 34 goals scored.

Best of luck to all the lads! 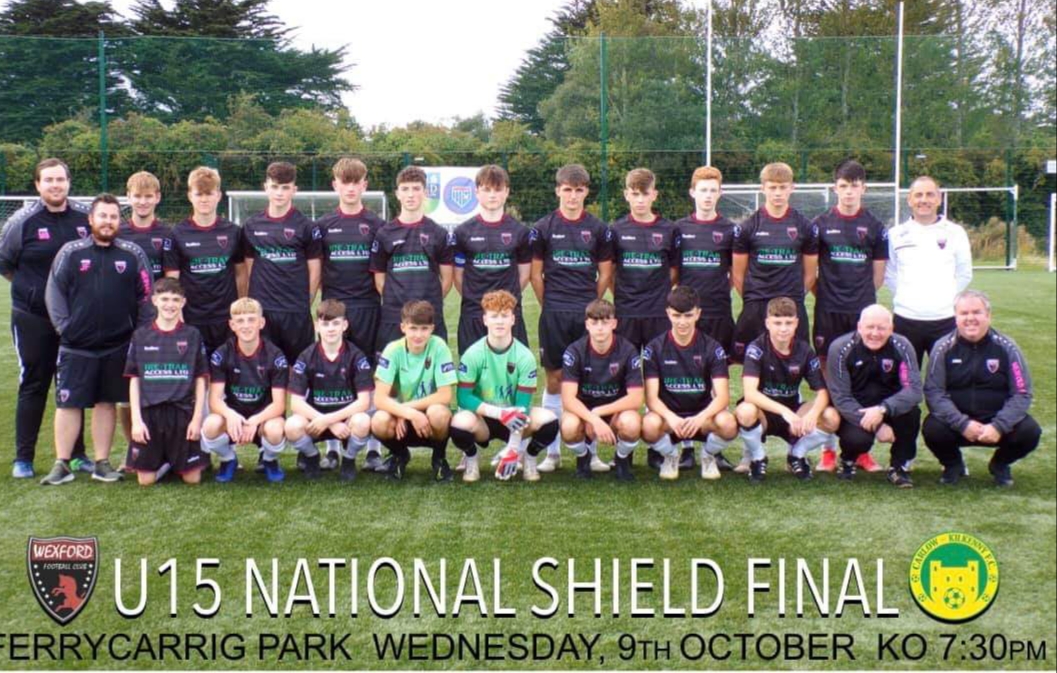 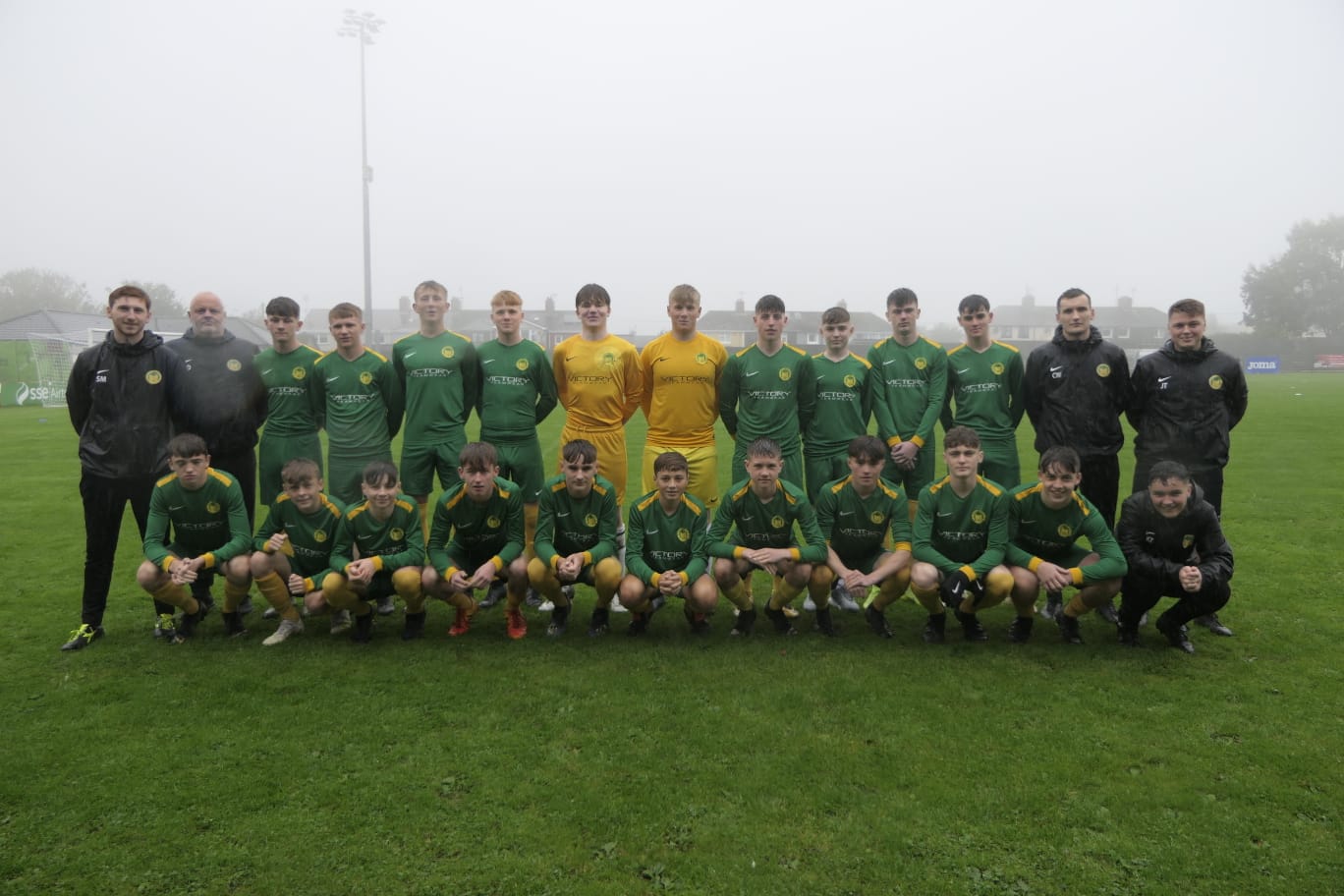 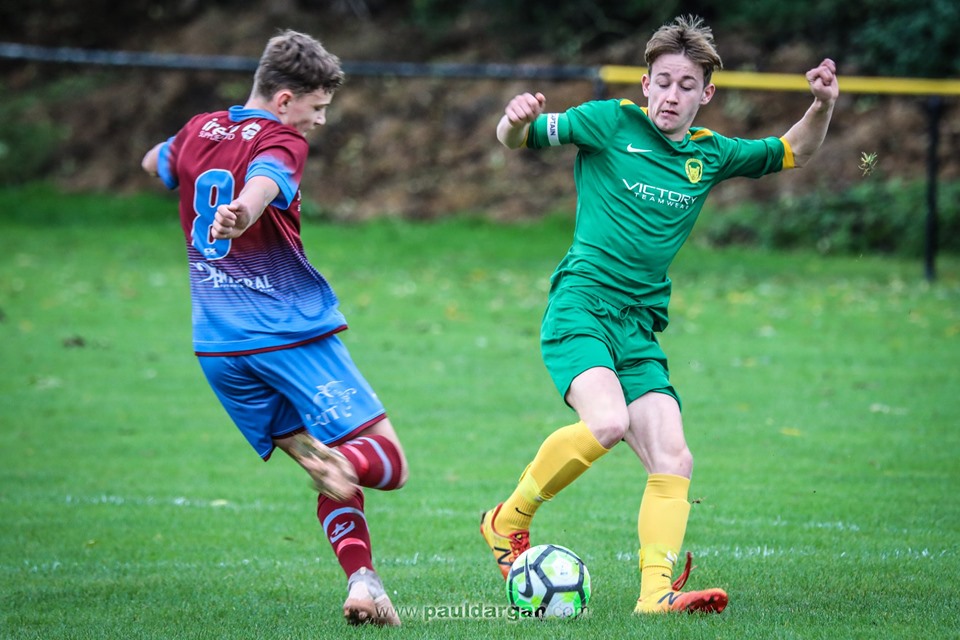 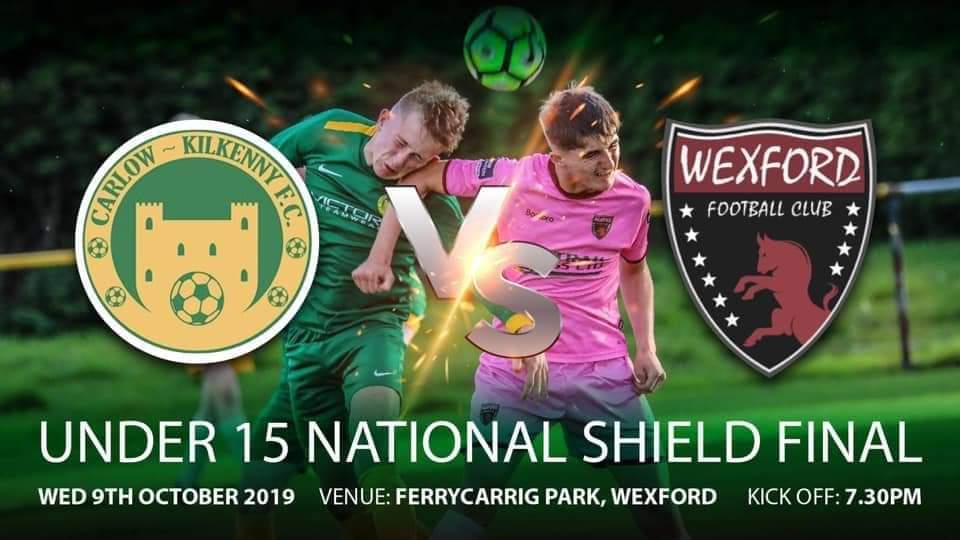 U15 | 48 hours to go before @WexfordFC take on @cwkkfc in the National Shield Final at Ferrycarrig Pk! The teams have met twice this year. Posts & crossbars hit, penalties stopped & scored, cracking saves & 11 goals scored! It’s going to be a classic. Be there Wednesday night!🏆 pic.twitter.com/kE6k2VdSYR