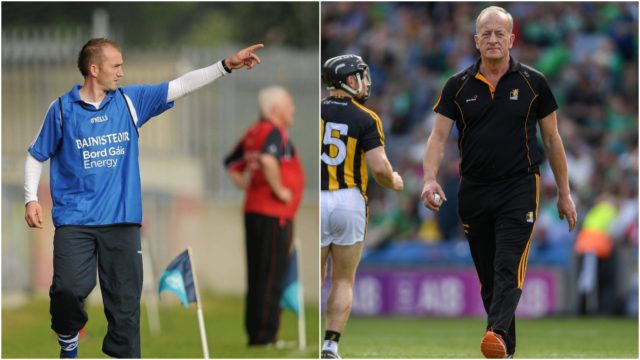 It may be county final week but a big story off the field involves neither Portlaoise nor Killeshin – but instead St Joseph’s who are about to rubber-stamp a new management team comprised of two club legends.

Former All Star Joe Higgins is set to take over as manager with Mick Dempsey alongside him as coach. Liam Brophy, who was a selector this year with St Joseph’s seniors and the Laois U-20s, will be a selector.

The management team is expected to be ratified by a club meeting this week.

Dempsey only stepped down as a Kilkenny hurling selector last week after a long spell as Brian Cody’s right hand man.

The new management team take over from another club great in Dessie Brennan who had been in charge for the last couple of seasons.

St Joseph’s have been beaten by Portlaoise in three of their last four championship campaigns – in 2016 after a replay in the quarter-final and this year by just three points.

Higgins has managed both Graiguecullen (2011) and Arles-Killeen (2013 and 2014) to county final appearances as well as managing the Laois ladies team and, in more recent years, the IT Carlow Sigerson Cup team.

A former Laois player, he was on the Leinster championship winning team in 2003. He also played for Ireland in the International Rules and won an All Star in that season.

Dempsey has enjoyed an incredible sporting career as both player and manager in hurling and football.

He also played for Laois for a long number of years and was on the team that won the National League in 1986. He later managed Laois in the late 1990s before winning a Leinster club title with O’Hanrahan’s in Carlow and then transitioning into hurling coaching and rising to a prominent role alongside Cody and the great Kilkenny teams.

SEE ALSO – My Club and I: Portlaoise captain David Seale