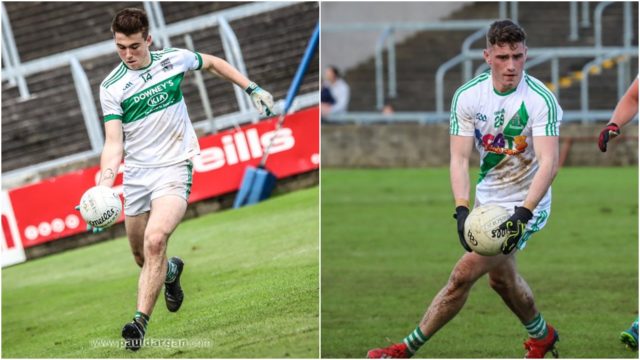 For all of Portlaoise’s dominance of the local senior football championship in Laois, the competition has thrown up some great stories over the years.

Over the last two decades alone it has had some great moments; St Joseph’s triumph in 2000 with a 15-year-old Colm Kelly scoring a goal and Stephen Kelly hitting 10 points; Portarlington’s last win in 2001; Arles-Kilcruise’s rags to riches road to glory that culminated in 2003; Stradbally’s win over Leinster champions Portlaoise in 2005; the novel Ballyroan-Abbey v Arles-Killeen final in 2006; first final appearance in decades for Timahoe, O’Dempsey’s, Ballylinan and Graiguecullen; Emo and Mick Lawlor’s incredible performance in 2015; Jody Dillon’s goal that stopped 10-in-a-row in 2016.

Portlaoise’s dominance has masked many of those stories and they cast a long shadow over the entire contest.

This year is no different. Portlaoise come in as raging hot 1/7 favourites. Killeshin, appearing in their first final ever, are 5/1.

Killeshin are the story of the year. A little over 10 years ago they were junior. They started this decade in 2010 by failing to get out of their group in the intermediate championship.

In 2011, they took flight, winning the intermediate and Celebrity Bainisteoir in a magical, unforgettable year. They’ve been senior ever since, taking small steps in the right direction every year. They’ve never looked like going down since they’ve come up senior but until this year they never really looked like moving on to the next level either.

They’ve been in four quarter-finals this decade, losing to their nearest neighbours Graiguecullen in three of them. Two years ago Ballylinan beat them, last year Graigue beat them after a replay.

Now, though, they’re better placed than ever with arguably their best team ever, playing their best football.

The area in general has grown and developed in recent years; the GAA club has mirrored that. Their numbers are huge, their facilities are among the best in the county.

Their team now is reflective of that, packed with players that have represented Laois at underage level and led by the likes of Laois captain Stephen Attride, his county colleague Eoin Lowry and Cathal Brennan, who has been playing with the club’s senior for the best part of 20 seasons.

They’ve pace all over the field, a couple of Laois U-20 players in fine form and an adaptable system of play. They can flood the defence and break at speed. They’re a difficult team to play against for anyone.

But Portlaoise represent the greatest challenge in what is the biggest game in the club’s history. Yet it’s the greatest opportunity too.

Portlaoise are in another final, their 13th in a row. It’d be 13 titles in a row too were it not for that afore-mentioned Jody goal in 2016.

But are they going as well as other years? They only beat Courtwood, last year’s intermediate champions, by six points; they were level with St Joseph’s going into injury time before kicking three late points; Portarlington pushed them to the limit before Portlaoise again scored the last three points to rescue it.

Are they winning from memory, though? Out of habit, more so than out of form?

Yet Portlaoise deserve to be favourites. County final day is nothing new to them. For Killeshin it’ll be carnival-like atmosphere in their community all week.

How the teams match up will be fascinating. Will Stephen Attride be detailed to Bruno McCormack, just as he was to Gary Walsh and Sean Moore to great effect. Or if Paul Cahillane is back, will Attride take up his county colleague?

Kieran Lillis and Ciaran McEvoy form a formidable midfield pairing, one that really came into their own in the second half against Portarlington as did Brian Glynn on the half-forward line. That experience and quality will be a new level for Killeshin to have to cope with.

Eoin Lowry is in flying form up front but he’ll also have better quality opponents, and in greater numbers, than he did in any other game. David Seale will likely pick him up and that is set to be arguably the game’s most crucial battle.

Killeshin have the ability to keep Portlaoise’s score down but to win they’ll also have to score at least 1-12 or 1-13 themselves. That will be a challenge.

The most anyone has scored against Portlaoise was Portarlington’s 1-11 the last day.

Lowry and Brennan will both need to score a couple of points from play, Evan Lowry, Adam Deering and Michael Doran will all have to chip in with a couple too. They’ll need a goal from somewhere and they’ll need David Aston to continue with his impeccable form from the frees.

Someone may beat Portlaoise in a final in the coming years; their dominance may not continue indefinitely.

But for now they’re still a level above the challengers and they can duly collect their 34th title today.

Paths to the final