Portlaoise Ladies Hockey Club came away with another league match win following a tough battle against Our Lady’s 3rd in Terenure on Saturday 19th October.

This match had the usual level of rivalry between clubs in the same league division. However, this time there was added tension because of sibling rivalry between two sisters on opposing sides – Portlaoise sweeper, Jayne Telford, and Our Lady’s right mid-field player, Sandra Telford.

The Portlaoise club is familiar with siblings playing on the same team with the Fingleton, Dwyer, O’Connell and Hyland sisters but it is not often that the sisters face each other in different kits.

On what was a damp and dreary day in Terenure, the two teams struggled to get going during the initial quarter of the match.

However, Portlaoise capitalised on an opportunity inside the Our Lady’s circle.

Claire Igoe moved the ball quickly up the right-hand side of the pitch and passed to Ruth Wilkinson who pushed the ball skilfully past the Our Lady’s goalkeeper, giving Portlaoise an early lead.

However, Our Lady’s came back fighting and scored an equaliser from a short corner with the shot on goal successfully passing the Portlaoise defenders and goal-keeper.

Our Lady’s continued to put pressure on Portlaoise, with Sandra Telford making numerous attacks in the right mid-field position and eventually the pressure paid off with a second goal for Our Lady’s, giving them the lead.

In the final quarter of the game, Portlaoise made great efforts to move the ball up the pitch and to maintain it in the opposition’s half, and a second goal came for Portlaoise when a shot on goal was saved by the Our Lady’s goalkeeper, but Yvonne Hargroves claimed the ball on the re-bound and shot it into the back of the goal.

In the dying minutes of the game, Portlaoise earned an attacking long corner. Susan Fingleton pushed the ball from the middle of the pitch across the field to Liz Poustie in the right mid-field position.

Poustie then passed the ball into the circle to Claire Igoe. Igoe’s shot on goal was saved by the talented Our Lady’s goal-keeper, however Lucy Dwyer was quick to react and struck the re-bounded ball past the goal-keeper, giving Portlaoise the win.

Throughout the game, many attacks from the Our Lady’s players travelled up the right-hand side of the pitch and there was solid defending for Portlaoise from Kellie O’Sullivan in the left back position and from Jenny Keegan and Lucy Dwyer in the mid-field.

Both Telfords played well throughout the game but the bragging rights will lie with Portlaoise, on this occasion.

The teams will meet again later in the season. Portlaoise will have a break from matches for a couple of weekends, with the next match a Cup Match on Saturday 9th November.

Even though the season has started, anyone who is interested in playing hockey is welcome to join training in Fr Breen Park in Abbeyleix on Tuesday nights at 7.30pm. The club can be contacted on Facebook or Instagram with any questions. 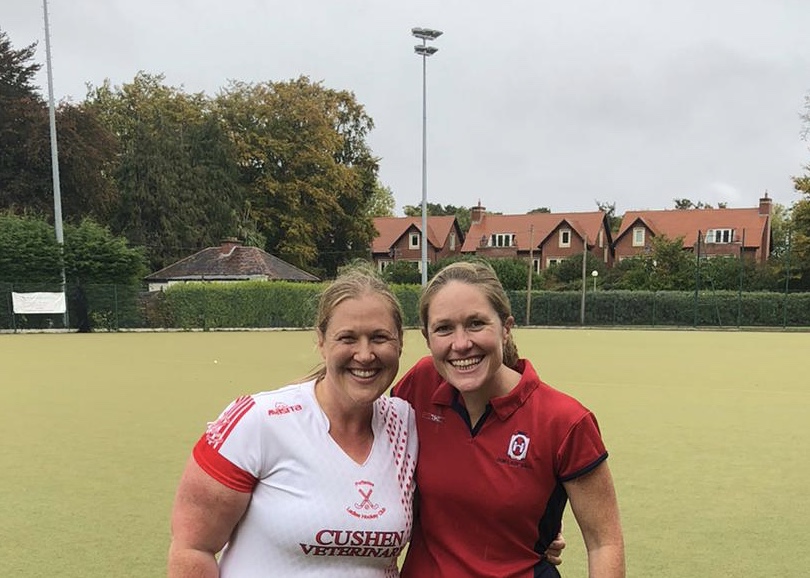