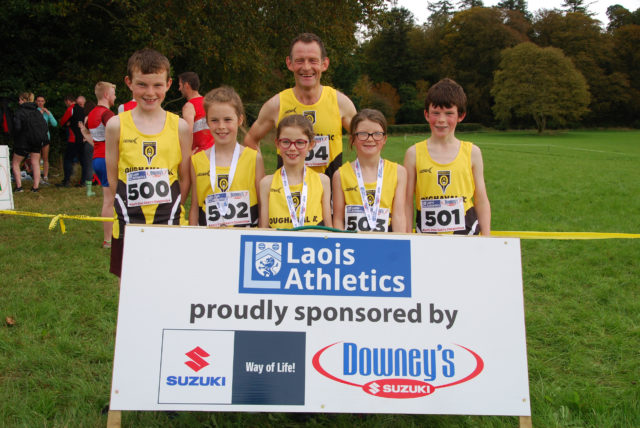 Day 2 of the Downey’s Suzuki Laois Cross Country Championships was held in Blackhill, Abbeyleix recently and hosted by Ballyroan, Abbeyleix and District Athletics Club on the Cass family grounds.

All club members were there on hand to make sure it was a very successful event. The Black Shamrock was the task of the day and the challenge didn’t disappoint.

Fortunately it was nice even ground despite the previous night’s rainfall and the hills were ideally located around the shamrock trail for great spectator viewing of the many battles throughout the event.

The U9s girls were the first race of the day with the top 10 getting medals. First past the post was Laura Ayres from St Abban’s AC who had a really strong race, leading for most of it, in second place was Aoileann O’Comhraidhe From Emo Rath AC and third was Kate Dooley from St Abban’s AC.

The U-11 girls race was super competitive with the top 4 positions constantly changing.

In the U-11 boys race Daniel Downey from Portlaoise AC was the convincing winner, in 2nd place was Will Craig, St Michael’s AC and in 3rd place was Kalem Buggy St. Abban’s AC. 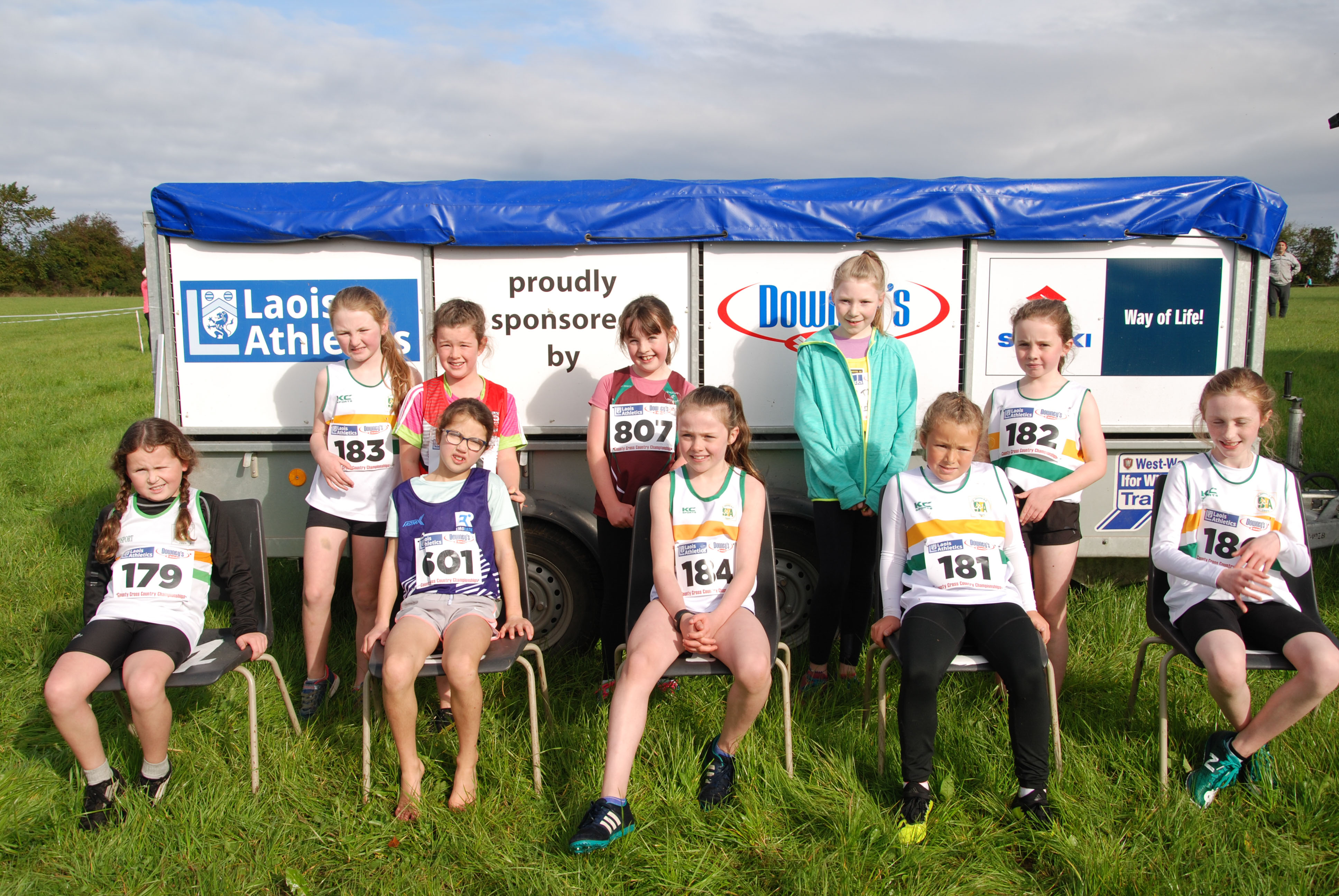 The U-13 girls was a great battle between sisters Della and McLoughlin, from Oughaval AC.

Kate was first with younger sister Della in second place. In 3rd place was Rachel Ayres from St Abban’s AC. 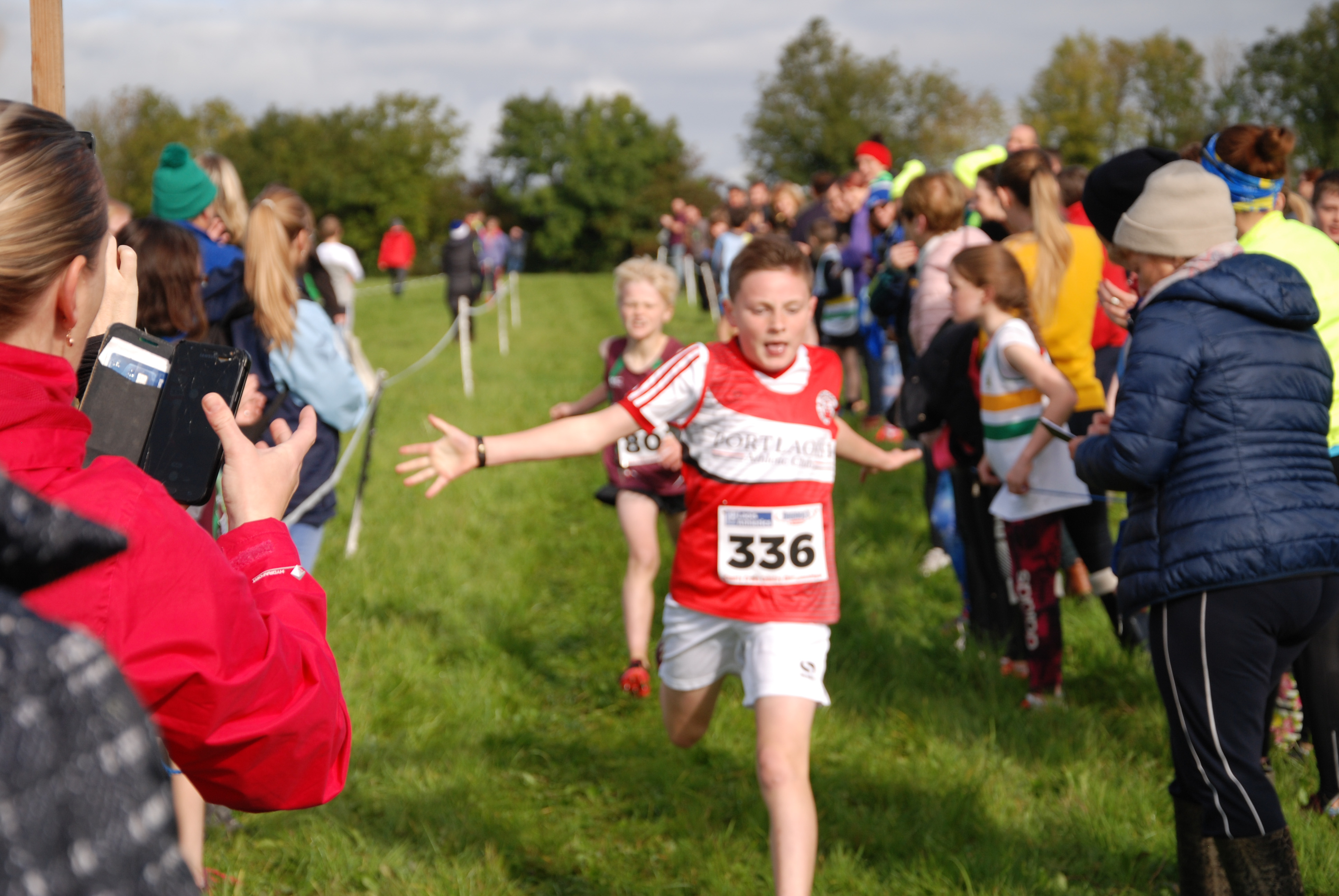 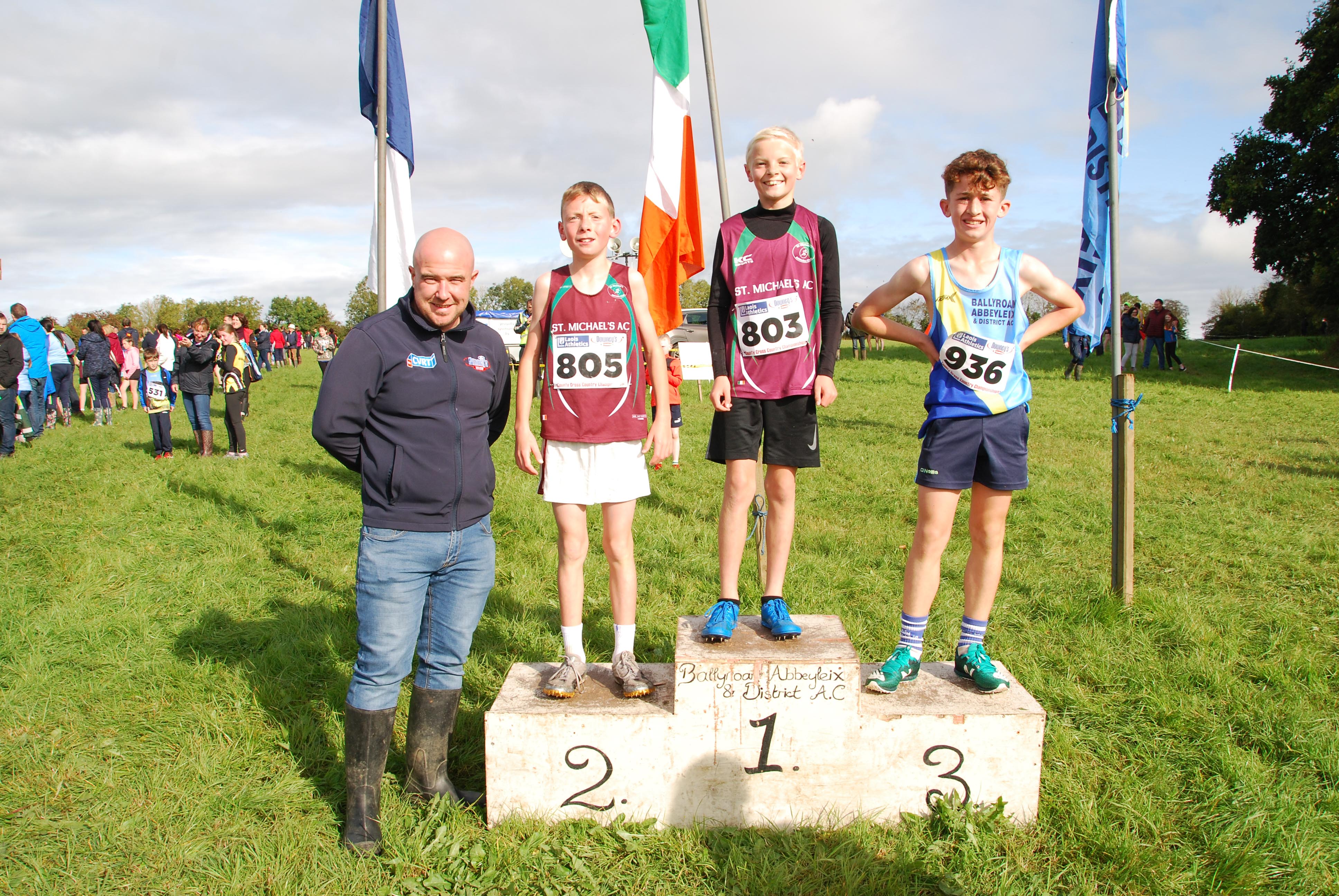 In the U-13 boys race Shane Maher from St Michael’s AC had a great win with teammate Sean McAuliffe pushing him all the way. 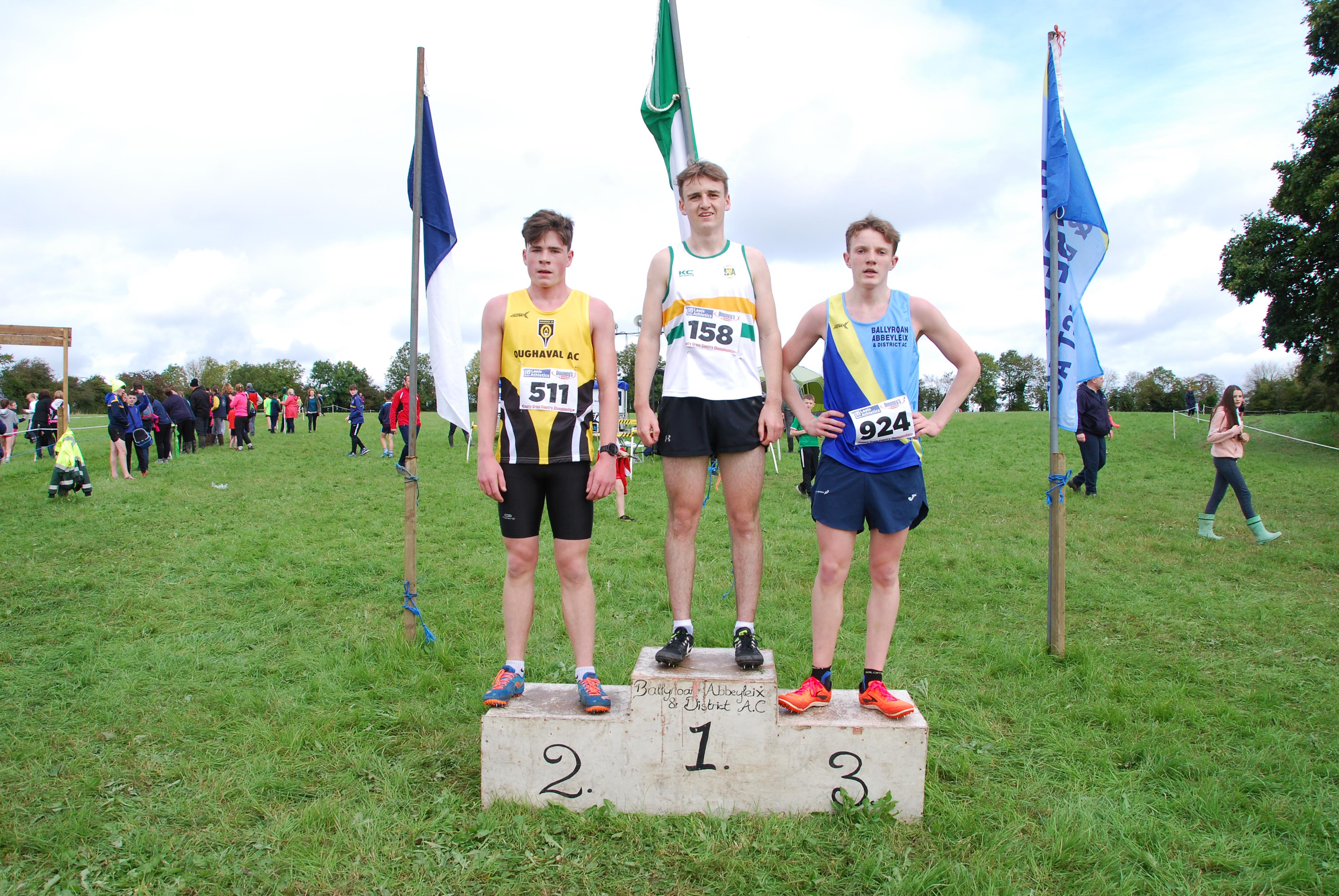 In the girls U-15 race Faye McEvoy made it look easy powering up the hills a great distance ahead of 2nd place winner Caoimhe Cuddy, Portlaoise AC. In 3rd place was Niamh Tunny Ballyroan Abbeyleix AC. 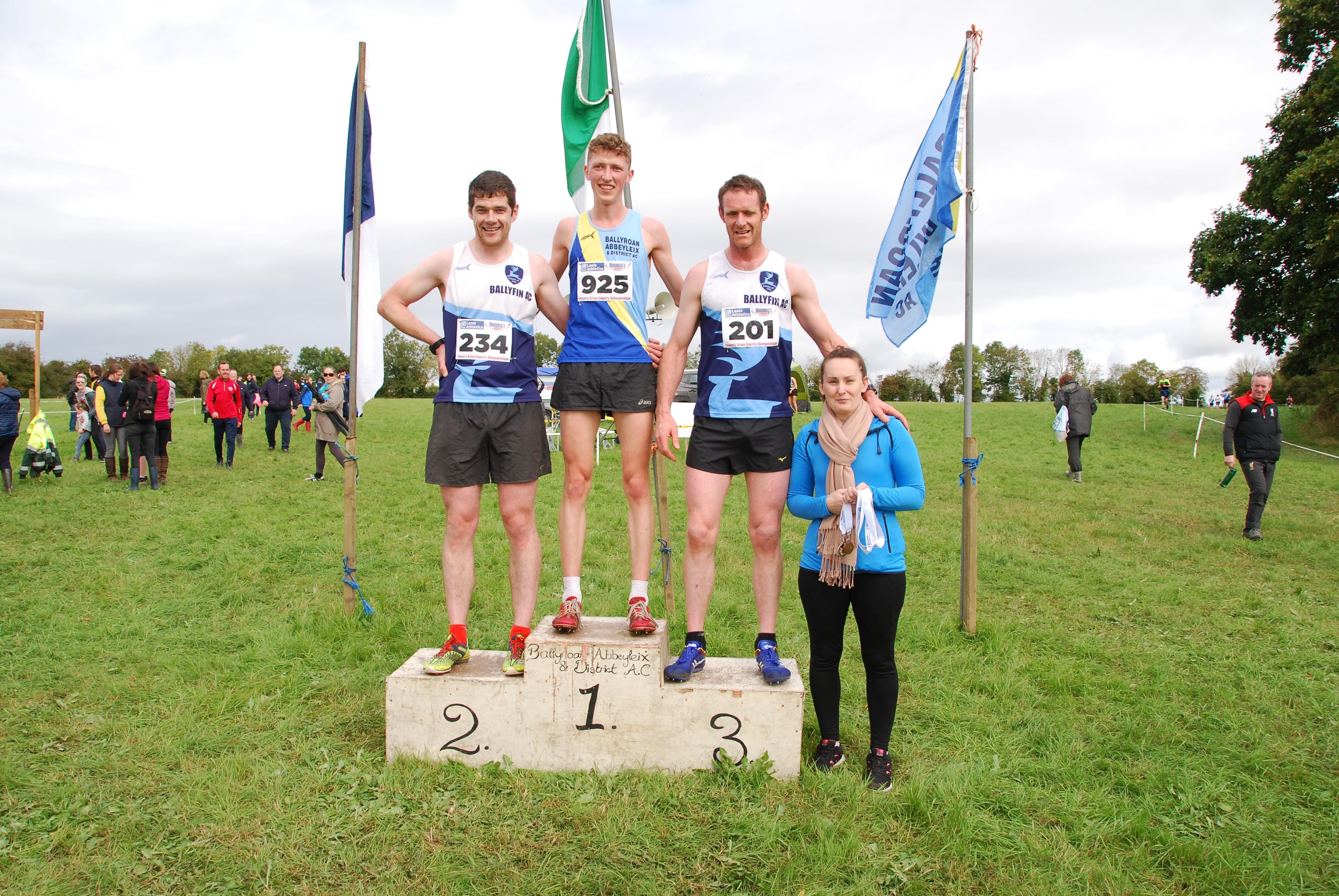 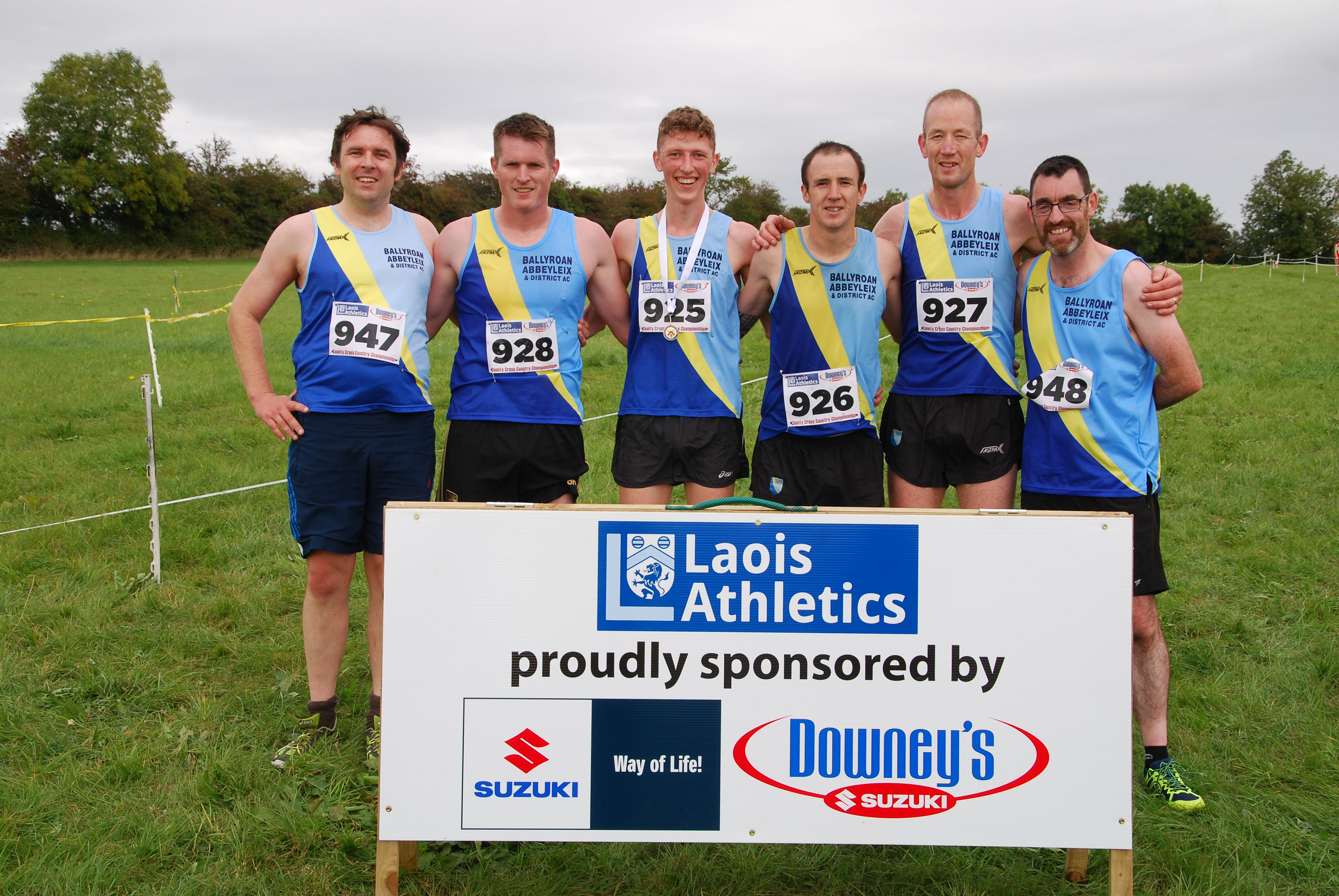 Niamh McDonald, had a great run in the U-17 girls 3500m finishing well ahead of her teammate Caoimhe Moore in 2nd place and 3rd was St Abban’s Athlete Christine Craven.

William Fox St. Abban’s AC was the convincing winner of the Boys U-17 4500m race, second behind him was Oisin Jago and 3rd was Evan Hogg Ballyroan Abbeyleix AC. 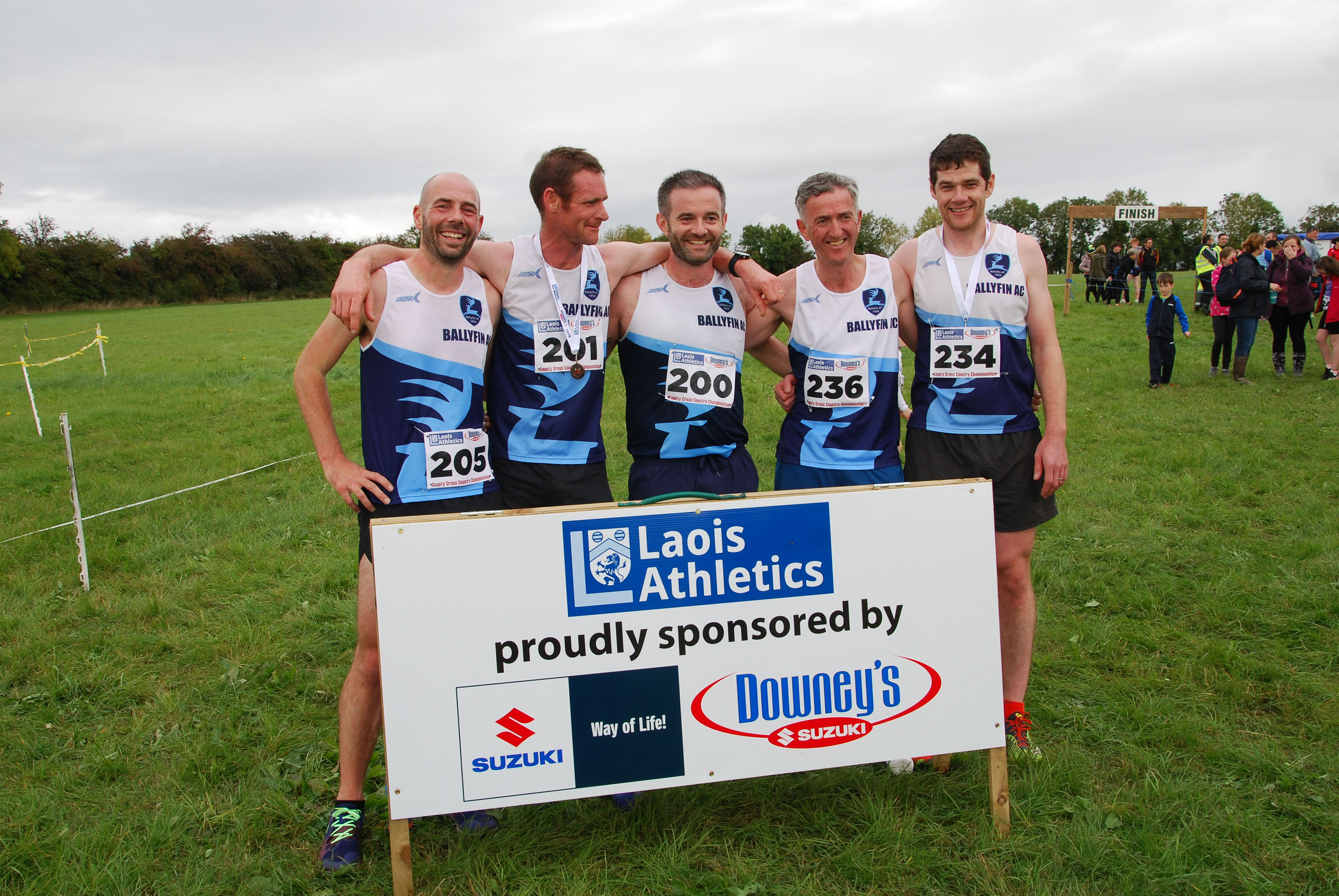 The U-19 Girls and Boys ran with the Intermediate Women and Men, so they had plenty of competition during the race.

The winner of the U-19 Girls 4000m race was Sarah Delaney, Ballyroan Abbeyleix AC.

In 2nd place was Emily O’Neill from Emo Rath. In 3rd was Inez Looney from Ballyfin and in 4th position was Mairead Sinnott from Ballyroan Abbeyleix AC. 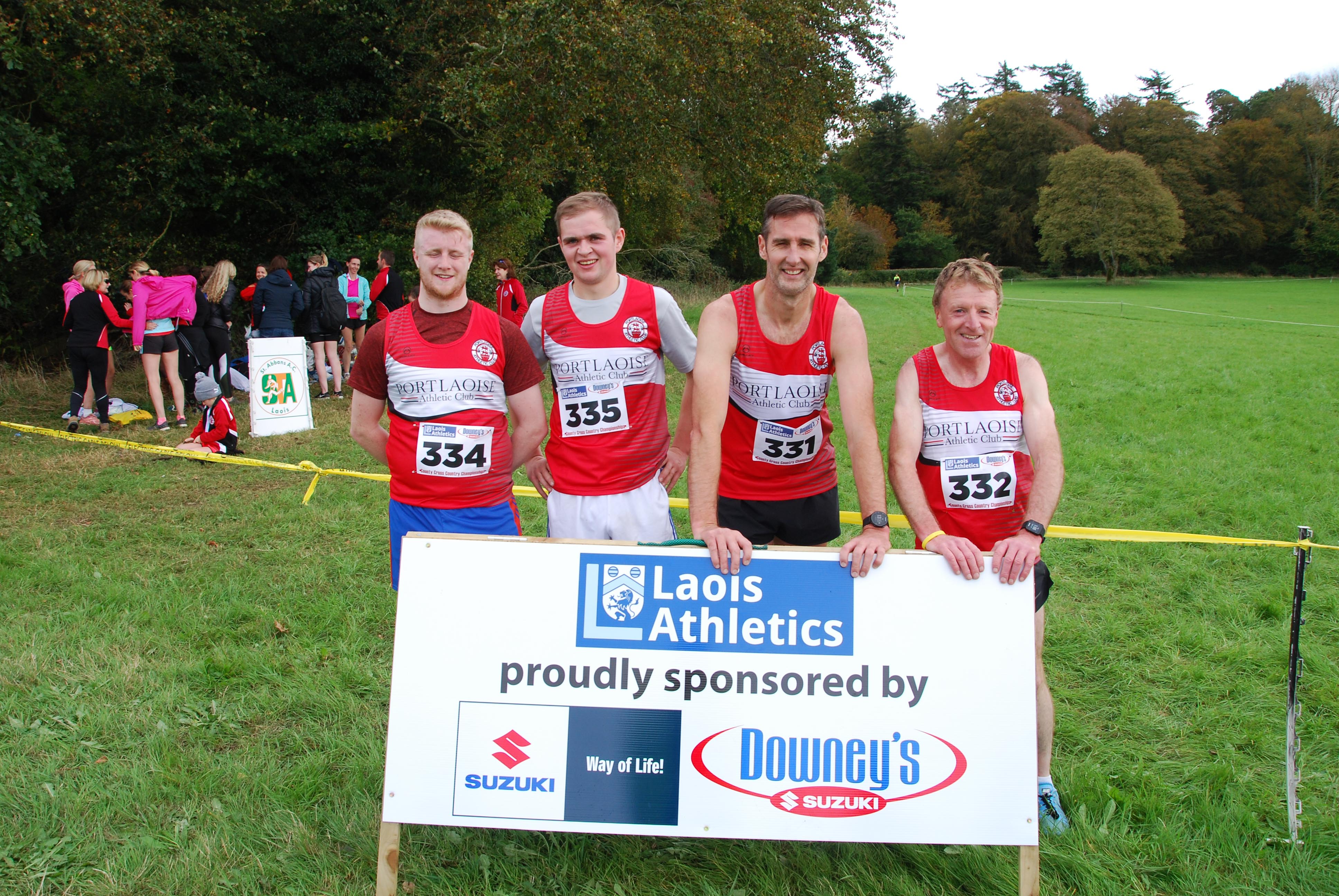 1st home in the women’s Intermediate race was Trinity Student,  Lucy Deegan from St. Abban’s AC. Lucy had a great race, staying with the pack for the first kilometre and then breaking away with Portlaoise athlete Aisling Boham.

By the 3rd lap of the 4k course she took it up a gear again and had a comfortable win. Aisling was in second place and in 3rd was Novice Champion from two weeks ago Sandra Fitzpatrick, Portlaoise AC who had another great race. 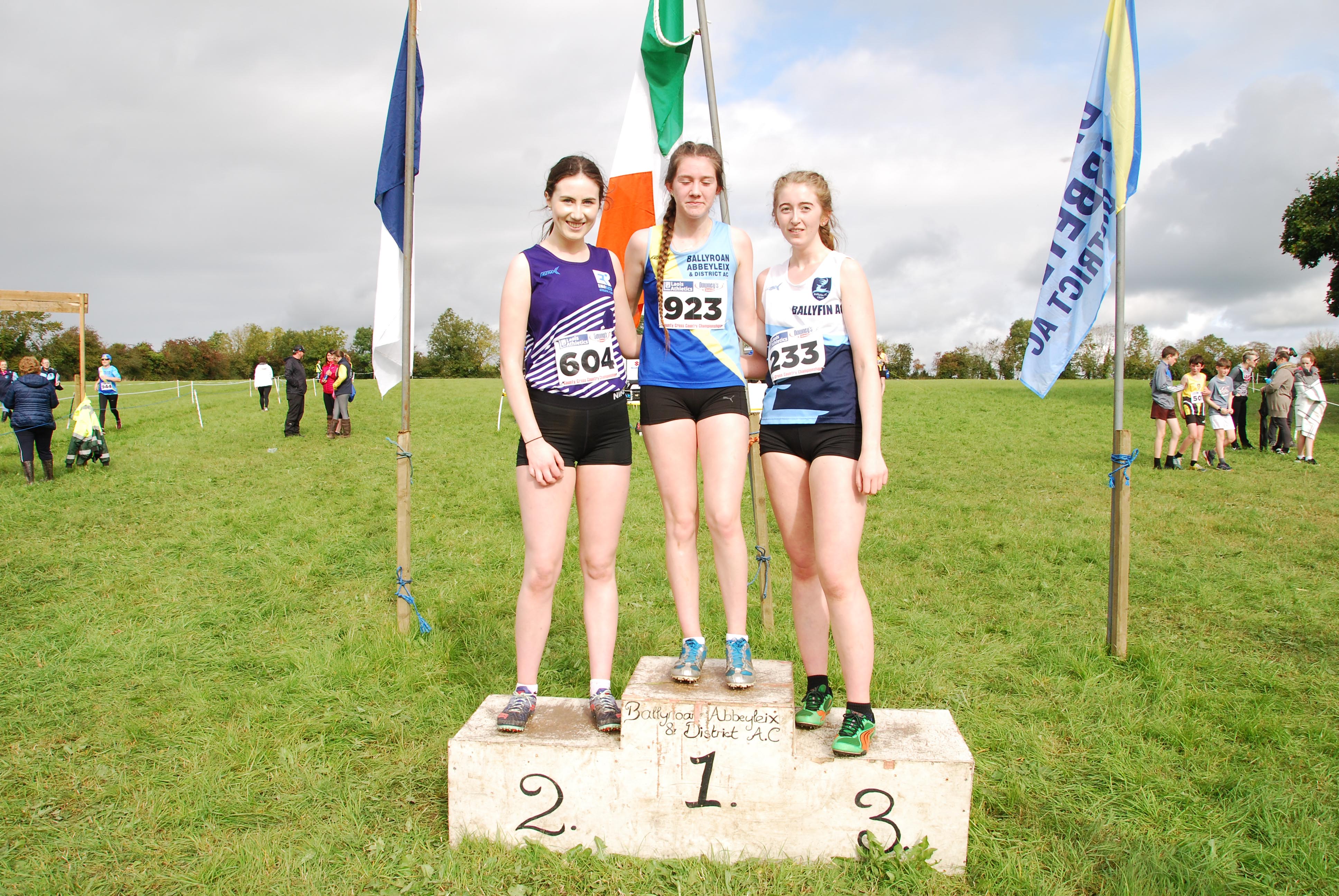 Cian McDonald impressed again and is now intermediate as well as Novice Champion for 2019. Cian was convincing winner with a well-paced race.

All eyes were on the battle between team mates Liam Buggy and Tony Cox of Ballyfin, who didn’t disappoint, both gave everything, with Liam being the eventual 2nd place winner and Tony in 3rd.