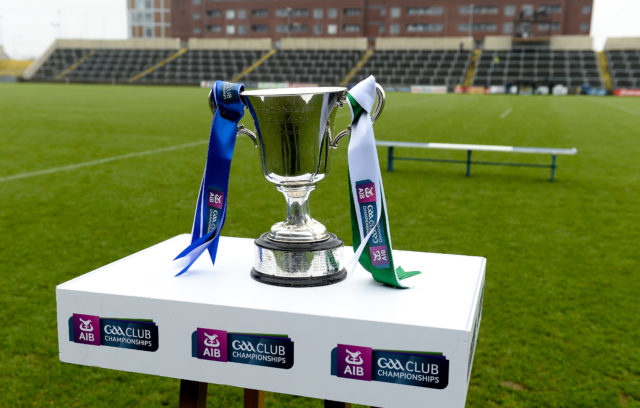 The Laois club championships at adult level may be over but attention now switches to provincial action which gets underway this weekend for some of the Laois sides.

We take a look at the state of play across all six Leinster club championships with a particular focus on the five Laois clubs involved – Portlaoise, Rathdowney-Errill, Rosenallis, Mountmellick and Castletown.

The Portlaoise footballers have been granted a bye to the quarter-finals of the Leinster Club SFC and await the winners of the Round 1 game between Offaly champions Ferbane and St Patrick’s of Wicklow.

Ferbane, who are managed by former Laois boss Sean Dempsey, claimed the Offaly title for the first time in 25 years by beating Rhode in the county final.

They take on Wicklow’s St Patrick’s in Tullamore this Sunday with Portlaoise taking on the winners on Sunday, November 10.

On the same side of the draw, Carlow champions Eire Og take on Wexford’s Castletown this Sunday with the winners meeting the Kildare champions two weeks later. Newbridge rivals Sarsfields and Moorefield meet in the replay of the Kildare final on Sunday.

Should Portlaoise win their first game, they will take on the Carlow/Wexford/Kildare winners.

Westmeath side Garrycastle take on Longford champions Killoe Emmet Og in the other opening round fixture this weekend with the winners of that set to meet the Meath champions.

The eventual Dublin champions will take on Louth’s Newtown Blues in the quarter-final.

Rathdowney-Errill will take on Offaly champions St Rynagh’s in the Leinster club quarter-final on Sunday week, November 3, in O’Moore Park.

The Laois champions have a poor record in Leinster over the past ten years or more but Rathdowney-Errill will be hoping to buck that trend. St Ryanagh’s won the Offaly championship for the second time in four seasons last Sunday.

Should Rathdowney-Errill win that game then Dublin champions Cuala or Carlow’s St Mullin’s will be their opponents in the semi-final.

On the other side of the draw Westmeath champions Clonkill will have home advantage against Kilkenny winners Ballyhale Shamrocks or a James Stephens side that is being managed by former Laois manager, Seamus ‘Cheddar’ Plunkett.

The winners of that game will play the Wexford champions in the semi-final.

Rosenallis’s dual assault on the Leinster club championship sees them have a small bit of breathing room before they’re in football action.

They have been given a bye to the quarter-final where they will play the Carlow or Longford champions on Saturday, November 9.

Should Rosenallis win their quarter-final, then Mullinavat of Kilkenny, the Wexford champions or the Dublin champions will await them in the semi-final.

The Rosenallis hurlers have little time to recover from their Laois SHC ‘A’ final win over The Harps last  Sunday as they travel to Netwatch Cullen Park this Saturday to take on Bagenalstown Gaels at 1.30pm.

Should they win that then they will go forward to a quarter-final against the Kilkenny intermediate champions. The Kilkenny final is on this Sunday in Nowlan Park between Thomastown and Tullaroan, home club of Kilkenny legends Tommy and Padraig Walsh.

The Castletown footballers, despite being beaten in the junior final by O’Dempsey’s, are the county’s representatives in this competition as the last remaining first team in the Laois championship.

They make the long trip to Dowdalshill in Dundalk to take on Louth champions Roche Emmets who won the Louth junior final after a replay.

Should Castletown get back to winning ways then they’d be on the road again for a quarter-final – against Offaly champions Shannonbridge or Carlow side Fenagh.

The Kilkenny, Wexford and Dublin champions are all on the same side of the draw.

Like the junior football, Laois’s representatives in the hurling competition aren’t the champions Camross, as a second team, aren’t allowed into Leinster club.

Instead the honour falls to Mountmellick, the only first team to reach the semi-final.

They were beaten by Borris-Kilcotton in the semi-final but have been preparing for this championship with a series of practice matches.

They have been given a bye to the quarter-final where they will be away to Longford senior champions Clonguish Gaels who beat Wicklow intermediate side Barnndarrig last weekend. That Mountmellick v Clonguish game will be in Longford on Saturday week, November 2.