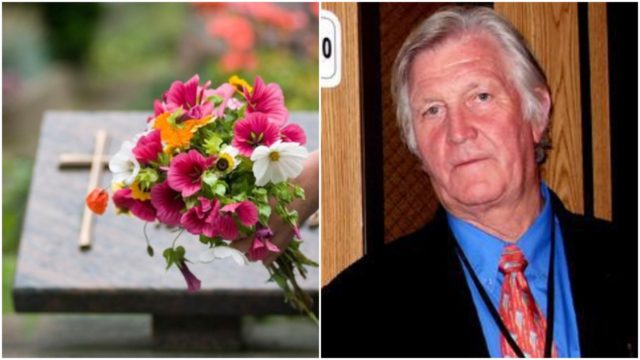 Jack Conroy who has died in Naas was a world renowned cinematographer, who at the height of his career was a much sought after Director of Photography.

He is originally from Clonad in Laois and a member of the fabled Conroy clan who have played such a significant role in the local community and in particular their exploits on the hurling fields are the stuff of legend.

Jack Conroy leaves behind a considerable and highly rated body of work in the sphere of cinema and television, but he will be best remembered for his collaboration with Director Jim Sheridan and producer Noel Pearson on the hugely successful and highly acclaimed movies, ‘My Left Foot’ (1989) and ‘The Field’ (1990).

Jack Conroy continued working in the film business right up until 2016 when he directed ‘The Gaelic Curse’. He had been in failing health in more recent times.

His wife Mona was distinguished in the entertainment industry in her own right as a talented founding member of the Naas Musical Society and as someone who was central to the success of so many of their award winning productions for over 30 years.

His son John followed his father into the film industry and has established himself as a successful Director of Photography, most recently working on such productions as ‘Fortitude’, ‘Broadchurch’ and ‘Penny Dreadful’. He recalled in a recent interview how his first job in films was as Clapper Boy on ‘The Field’, and cited his father as one of his major influences.

Jack Conroy of Our Lady’s Place, Naas and formerly of Clonad is survived by his wife Mona; his children Marnie, John, Ann, Emer and Emmet and his 17 grandchildren. He is also survived by his sister Vera Donohue (Stradbally) and his brothers Tony, George, Jim, Peter and Louis; daughter-in-law Rachel, sons-in-law Gerry and Fergal; sisters-in-law, brothers-in-law, nieces, nephews, relatives and friends.

Reposing at his home on Tuesday, November 5 from 5pm with prayers at 7pm.

Removal on Wednesday, November 6 at 10.20am to arrive at The Church of The Irish Martyrs, Ballycane, Naas for Funeral Mass at 11am, followed by private cremation in Newland’s Cross Crematorium.

Family flowers only please. Donations, if desired, to the carers of Le Cheile in St. Vincent’s Hospital, Athy. Donation box in church.