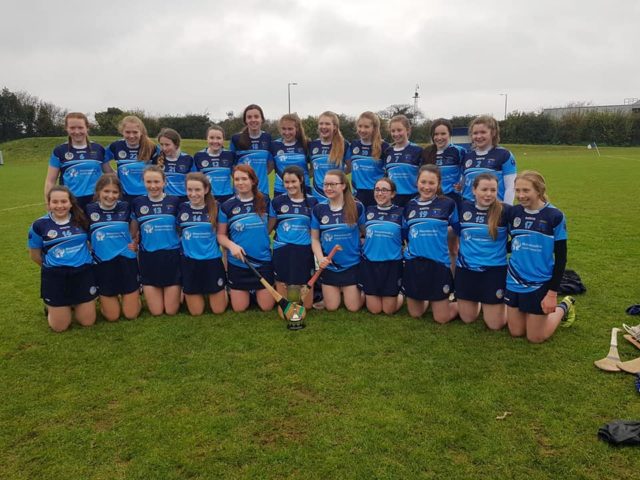 O’Moores took home the U16 ‘B’ title at the weekend after overcoming Naomh Eamon.

After an entertaining game and a hard fought battle on both sides it was the goals that got O’Moores over the line.

Reigning champions, O’Moores, were first on the scoreboard with 1-2 in the opening minutes thanks to points from Lucy Conroy and Hannagh O’Connor followed up by a Keelin Conroy goal.

Naomh Eamon were unlucky with chances in the first half but a point from Eireann Cole reduced the gap to four points at half time.

Naomh Eamon opened the second half much stronger and claimed two goals from Eireann Cole and Tara Phelan which got them right back in the game.

O’Moores then put their foot on the pedal and goals came from Catherine Hyland, Amy McKane to increase the scoreline.

Lucy Conroy finished with another shot to the back of the net to seal the deal for O’Moores.