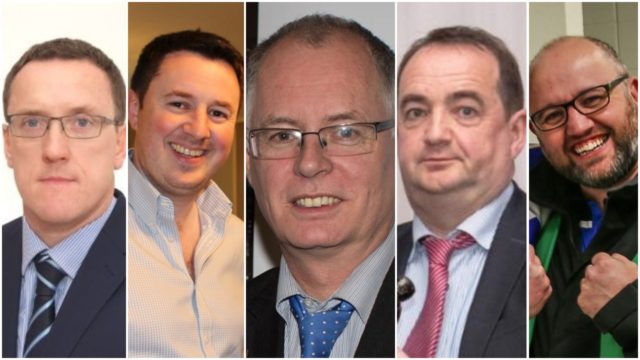 The Laois County Board for 2020 has been confirmed following tonight’s Convention in the Midlands Park Hotel.

After the 2017 edition saw a flood of votes, there was very little to excite the delegates who turned up this evening as just one vote was required –one less than was the case in 2018.

Chairman Peter O’Neill was returned for a third year unopposed following the withdrawal of Kieran Leavy while so too was Vice-Chairman Tom Clear.

But there were some changes to the top table as two long-serving members stepped down completely.

Pat O’Sullivan stepped down from his position as Public Relations Officer with his place on the county board going to Graiguecullen’s Paul Dargan who was elected without a vote as the only nominee.

Tom Jones’ stint as Leinster Council Delegate has come to an end and with that he has brought his almost 35 years of service to a close.

Paschal McEvoy’s term as Leinster delegate is also over but he stepped into the role of assistant treasurer unopposed following the withdrawal of Canice McCarthy.

Richie Kennedy of Abbeyleix is the new Leinster Council Delegate after he and former Development Officer PJ Kelly we’re elected without a vote after Borris-Kilcotton’s John Kealy withdrew.

Kelly’s Development Officer role has been given to the third newcomer to the County Board – O’Dempsey’s Ger Slevin who was appointed by chairman Peter O’Neill.

Meanwhile, an administrative error by Castletown GAA meant that Monica Delaney was not nominated to continue her role as Irish Officer in error.

It was agreed at the most recent County Committee meeting that that position be filled in January to allow her and anyone else who wishes to fill the role to reapply.