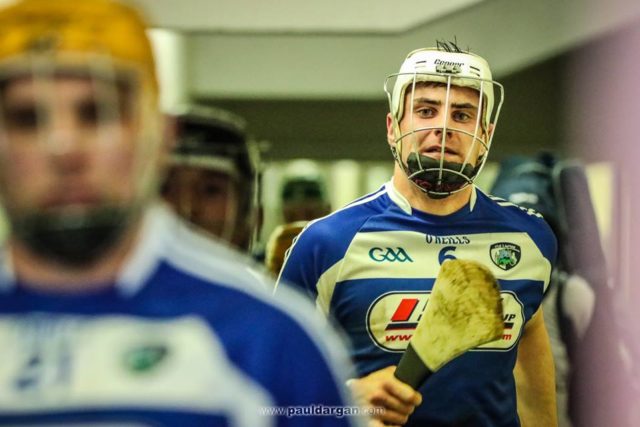 One of our heros of the seaon, Ryan Mullaney showed his true bravery and character both on and off the field this year.

One of the standout performances of Laois’s thrilling victory over Offaly in the opening round of the Joe McDonagh Cup last night was that of Ryan Mullaney.

The Castletown man put in a serious shift throughout, clearing numerous balls out of the half-back line.

He even helped to create Laois’s third goal – picking out Cha Dwyer who then turned his man before laying the ball off to Eanna Lyons and he lodged the sliotar into the far corner of the net.

What makes the centre-back’s performance even more exceptional is the fact that the Mullaney and Doocey families mourned the loss of Aoife, Ryan’s sister-in-law, during the week.

Aoife passed away at the age of 35 after being sick with cancer for some time. Married to Paddy, Ryan’s brother and the former Laois senior hurling captain, a moment of silence was held in her honour before the game.

After the epic encounter, Laois manager Eddie Brennan praised Ryan for being an ‘anchor’ and for the performance he gave last night.

He said: “Ryan’s a brilliant guy. If anyone’s looking for a guy to maybe achor your team at centre-back or full-back, he’s top quality.

“I think it took an awful lot and speaks volumes of the type of guy he is to be able to lose somebody so close to you during the week and still come over here and just perform all around him.”

The Kilkenny native also mentioned the character shown through the panel.

“That was one thing when spoke about to the guys as well, we have to carry him as well. We’re lucky that there’s some great characters through the team.

“There’s lots of them in there and it’s just when they stick together and work together, they can be a very serious outfit,” he remarked.

Laois are in action in Round 2 next weekend in O’Moore Park against Antrim.