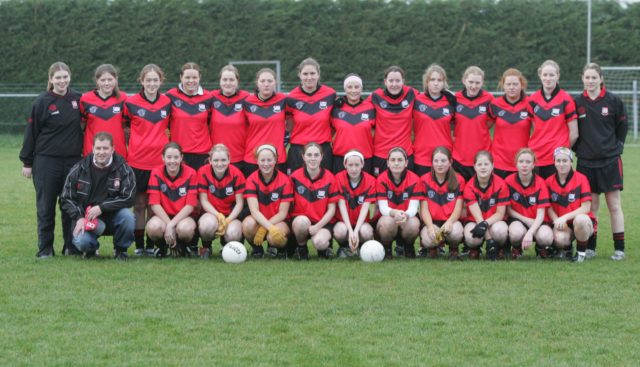 Shanahoe ladies football club were a coming force in the early part of the 2000s and that was very much evident on the first weekend of December in 2004 when they claimed a third minor title.

They got the better of Timahoe in a high-scoring game in Ballyroan.

Goals from Noreen Kirwan and Fiona O’Grady helped Shanahoe to a 2-6 to 1-4 lead at the break, Timahoe’s goal coming from Maggie Murphy.

The impressive Jessie Curley and Shona Barry got goals for Timahoe in the second half as they staged an impressive comeback but Laura Dunne struck for two goals for Shanahoe and Lisa Dunne got one as they did just enough to win by three points in the end.

After the game, Marie Hickey – who was then chairperson of Laois Ladies football and later went on to serve as LGFA national president – presented the cup to winning captain Martha Kirwan.

Many of the players from both clubs would later go on to play senior with Laois – and Sarsfields would translate their underage success to adult level just two years later when they won their first and only senior title.

SEE ALSO – Check out more stories and photos from 2004 here