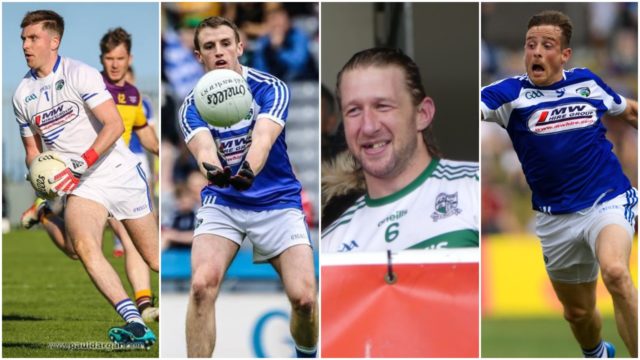 Mike Quirke’s Laois footballers have received a huge boost ahead of the start of the National League with the return of four players to the fold.

Portlaoise quartet Graham Brody, Cahir Healy, Kieran Lillis and Benny Carroll were back in training this week as the team step up preparations for the commencement of their Division 2 campaign.

Healy hasn’t represented the footballers since 2012 after opting to concentrate on hurling only but he decided to switch back in 2019.

However, his comeback was cut incredibly short when the London-based player suffered a re-occurrence of serious knee injury in a challenge match against Kerry in January that saw him miss the entire year.

But now recovered, Healy is back while so too is Laois Player of the Year Kieran Lillis and 2018 All-Star Nominee goalkeeper Graham Brody.

Forward Benny Carroll, who opted off the panel for the championship to spend the summer in America, is also back on board.

David Seale, Conor Boyle, Paul Cahillane and Gareth Dillon, who were part of the panel in 2019, have not yet returned.

However, the return of the aforementioned quartet will come as a big boost for Quirke and his team who are already without the services of Stephen Attride and the Kingston brothers – Donie and Paul.

Laois have played three games this season without the Portlaoise players who were given a break after their extended run in the Leinster club championship where they reached the semi final.

All of those games were in the O’Byrne Cup and saw defeats to Offaly and Meath either side of a win over Wexford.

They are due out against Roscommon in Round 1 of Division 2 on Sunday January 26 in Dr Hyde Park at 2pm.