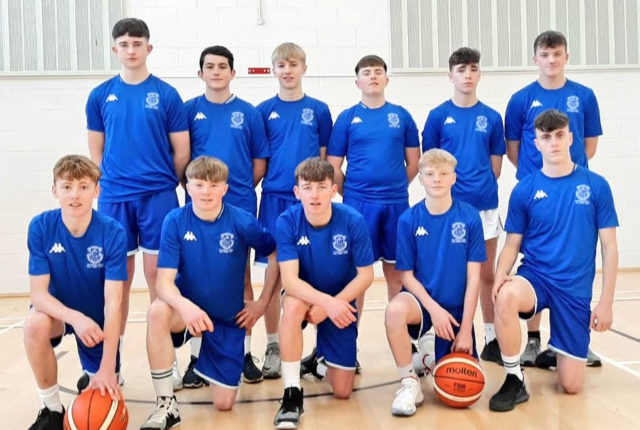 They played Castleknock CC in the first game where they won 65-36.

They faced Rockwell College in the next game which they won 52-42.

Knockbeg are now one of six teams who have booked themselves a spot in the draw for quarter finals and semi finals.

Knockbeg looked to continue their good start to the South Leinster campaign against a well drilled Good Counsel side played before the Christmas break in Wexford.

As they did in the previous round, Knockbeg got off to an excellent start with Michéal Downey tapping in a goal off a saved shot after only three minutes.

It went from bad to worse for Knockbeg when Good Counsel were able to intercept a kick out and score a goal, putting them into the driving seat.

Half back Jack Byrne made a great run forward, and dummied two defenders on his way to hitting an outstanding score off the outside of his boot.

This scored kick-started the visiting team once again, as Jack Doyle finished off a well worked team goal.

Unfortunately, this would be the last of their scores in the first half.

Good Counsel were able to capitalize on some wayward passes, raising the white flag on six different occasions throughout the remaining 15 minutes of the first period, leaving the score 2-1 to 2-10 in favor of the Wexford side.

Knockbeg were able to replicate their start to the first half, with Michéal Downey adding his second goal.

At this stage, the game was well beyond Knockbeg’s reach but they didn’t give up, finishing up with two points from Oisin Hooney and Oisin Doyle.

The lads still qualify for the semi final where they will face Clane on Tuesday in Kildare.