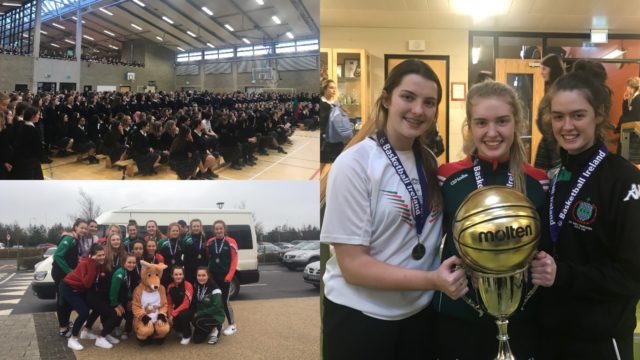 The champions are home!

Pat Critchley’s Scoil Chríost Rí squad were crowned U-19 ‘A’ champions this morning in the school’s final in the National Basketball Arena, Tallaght.

In what was a brilliant game, the girls took an early lead and excelled from the first quarter to bring home the title after beating Our Lady of Mercy, Waterford 70-38.

Captain, Ciara Byrne was top scorer of the game with 15 points and also picked up the MVP award.

They were welcomed back to their school this afternoon as teachers and student gathered in the sports hall to celebrate the victory where Principal Helen O’Donnell and Head girl, Katie Walsh congratulated the girls before Ciara Byrne said a few words.

This team are historic and have brought Scoil Chríost Rí basketball to new heights under the guidance of the legendary Pat Critchley.

These girls competed a remarkable feat last year as they qualified to represent Ireland in the International Schools Basketball World championships in Greece 2019 and it looks like they’ll stay going!

We went along to the much deserved celebrations. 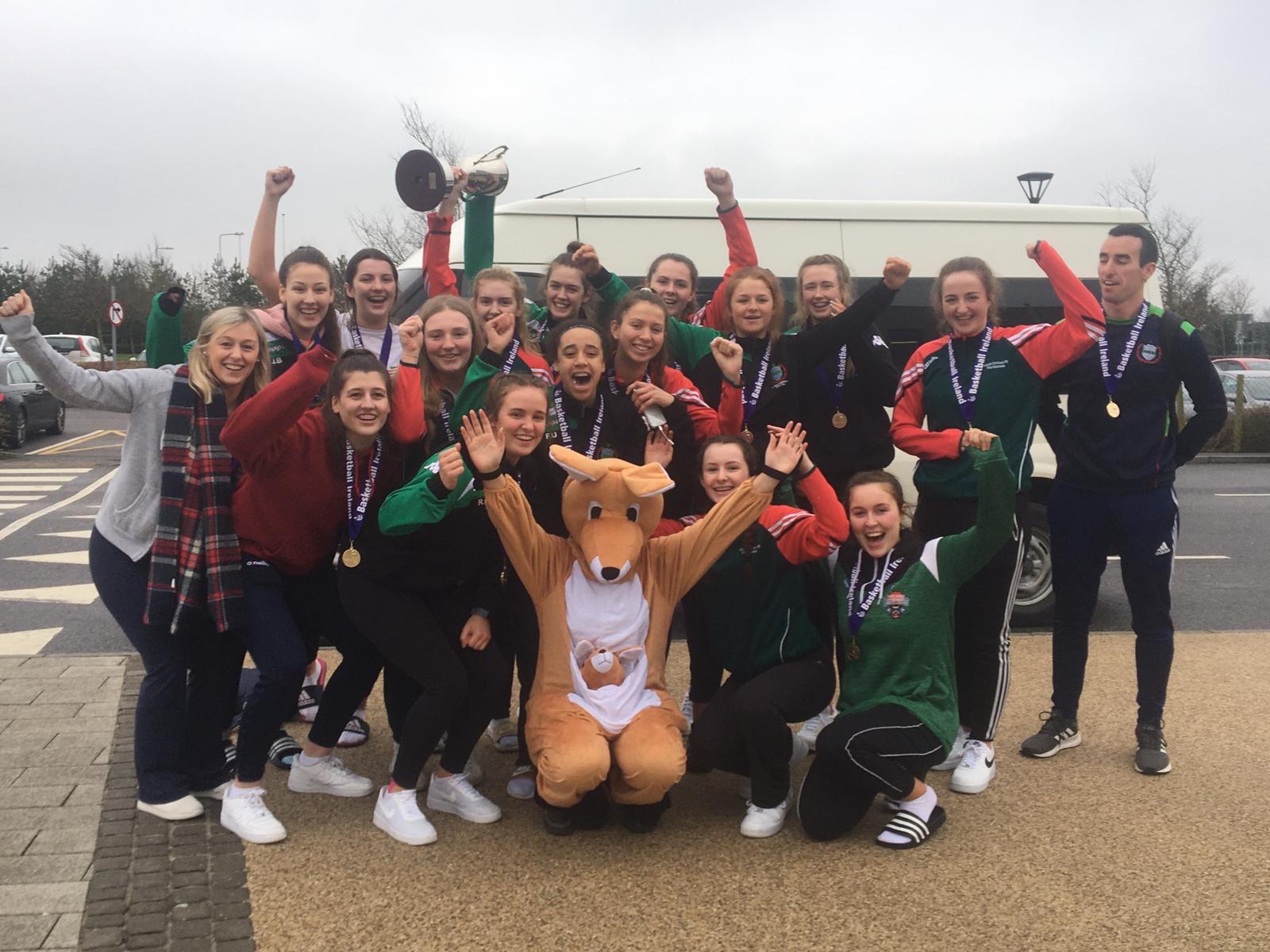 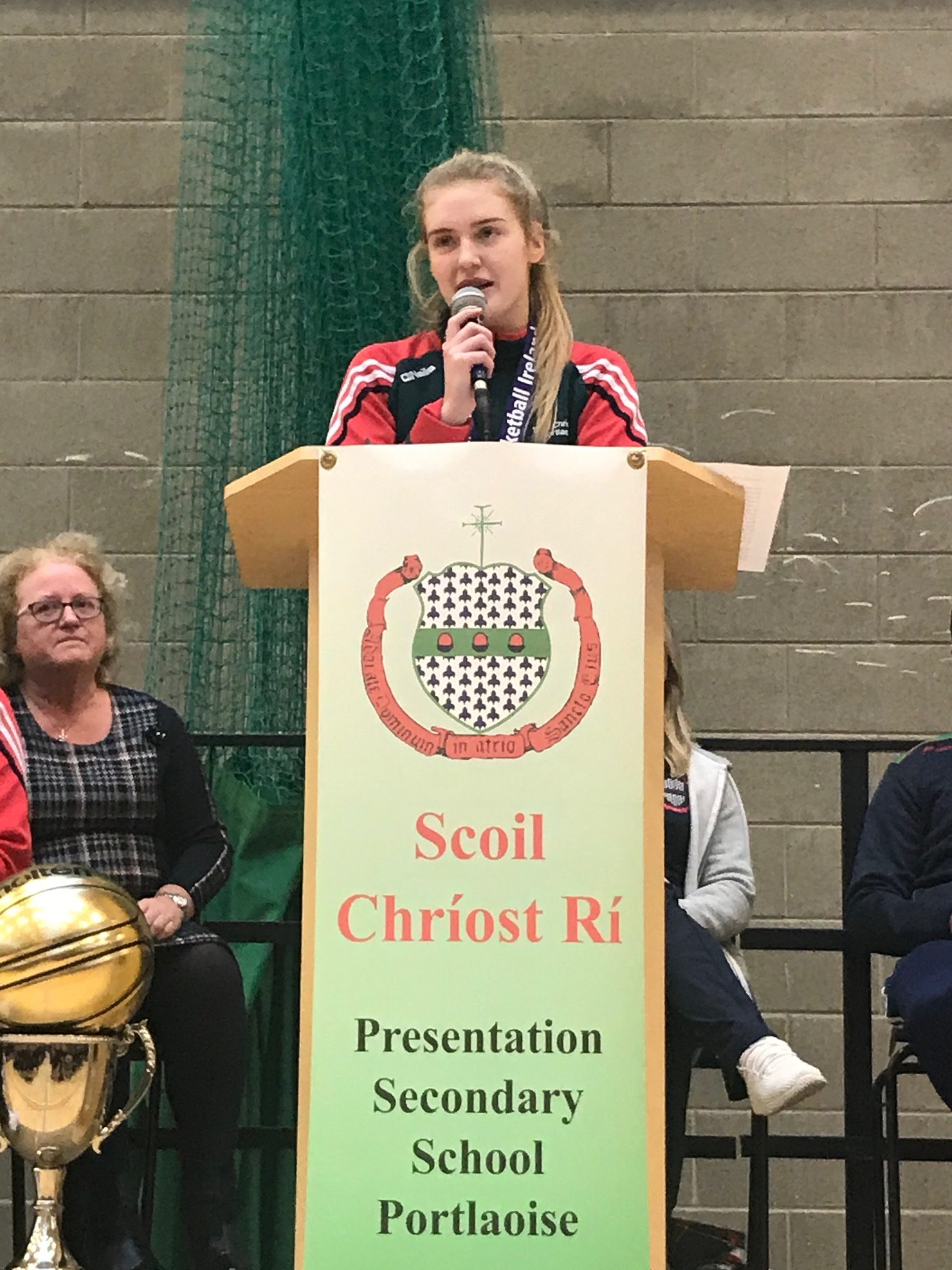 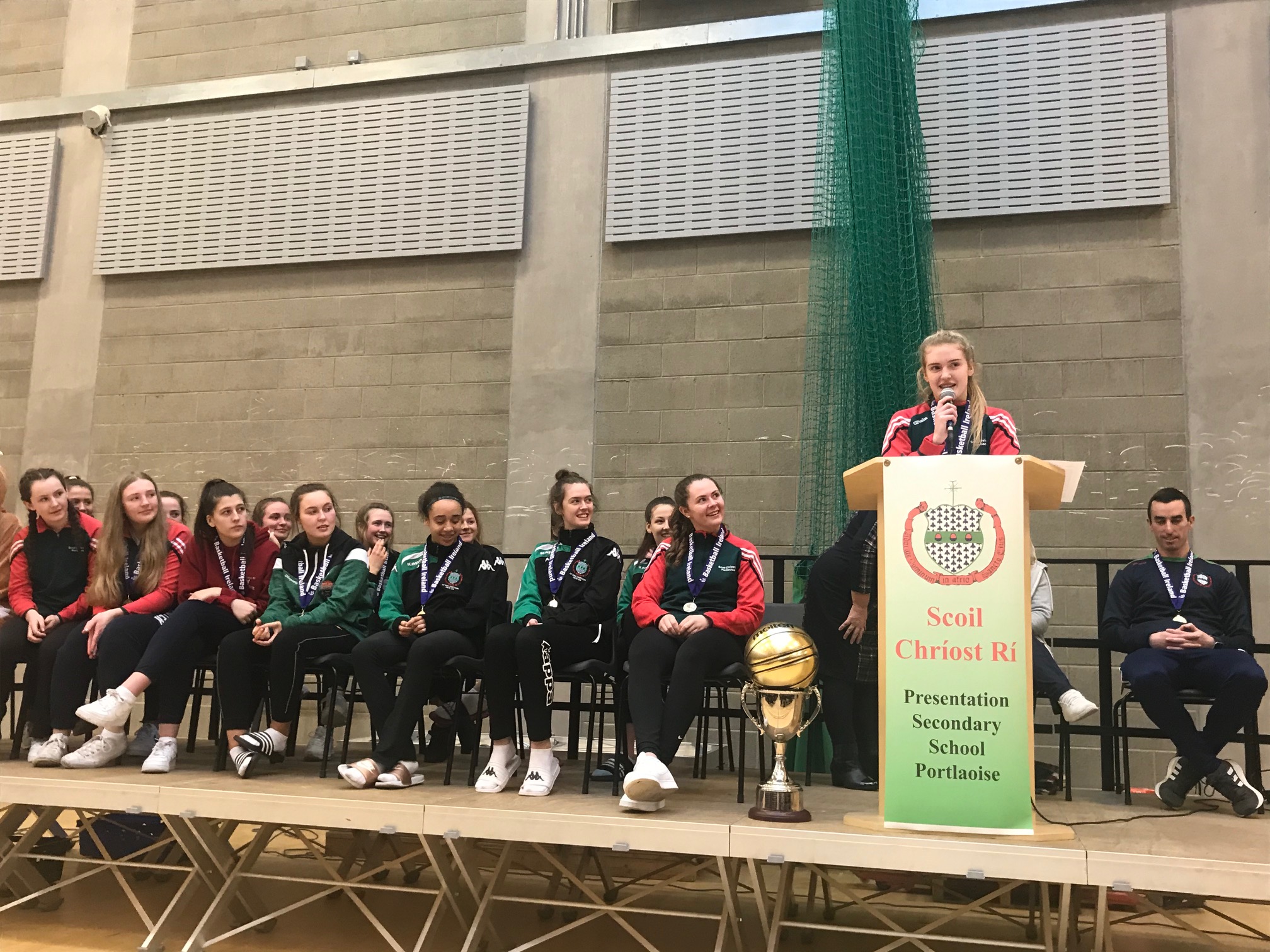 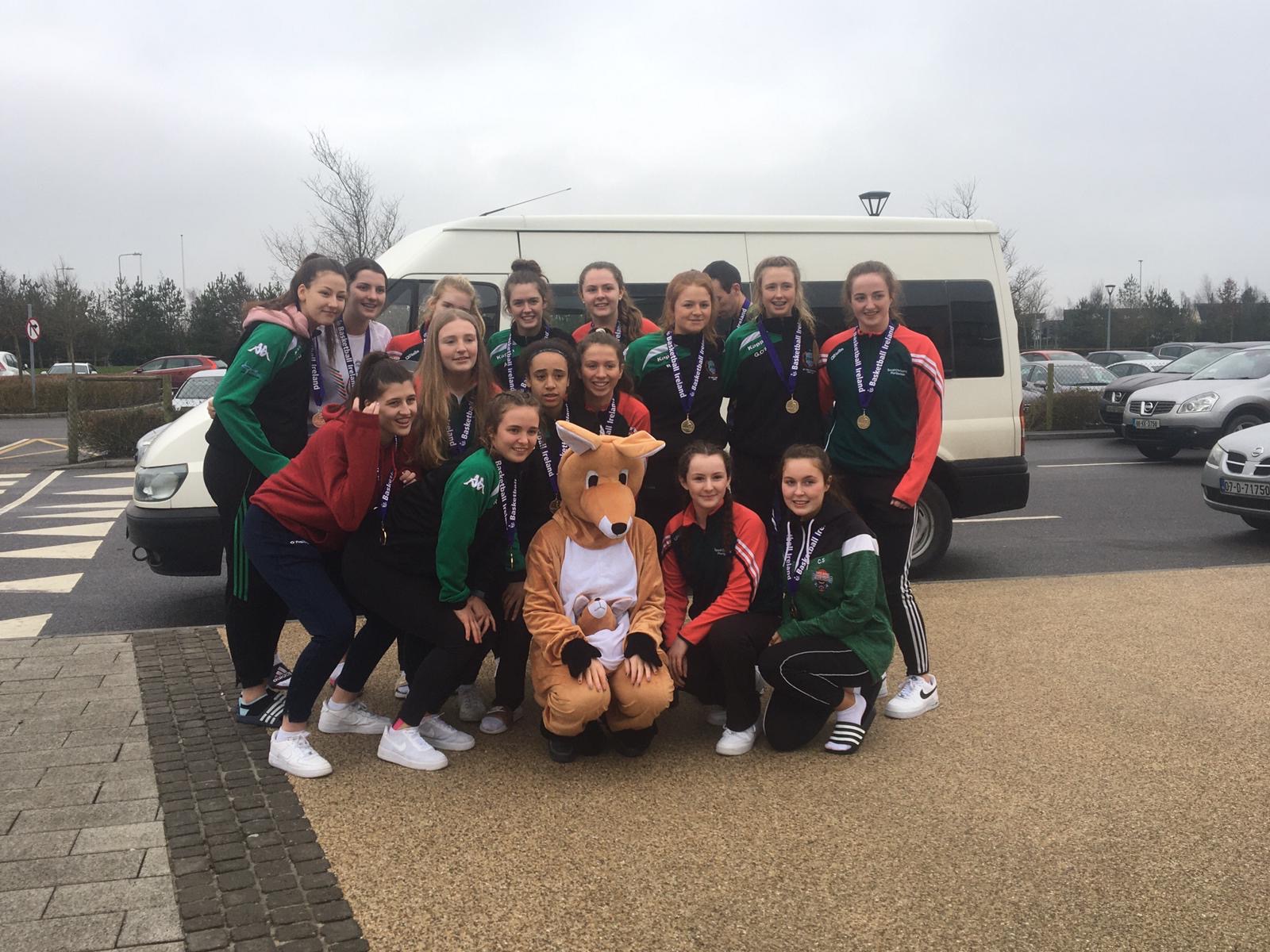 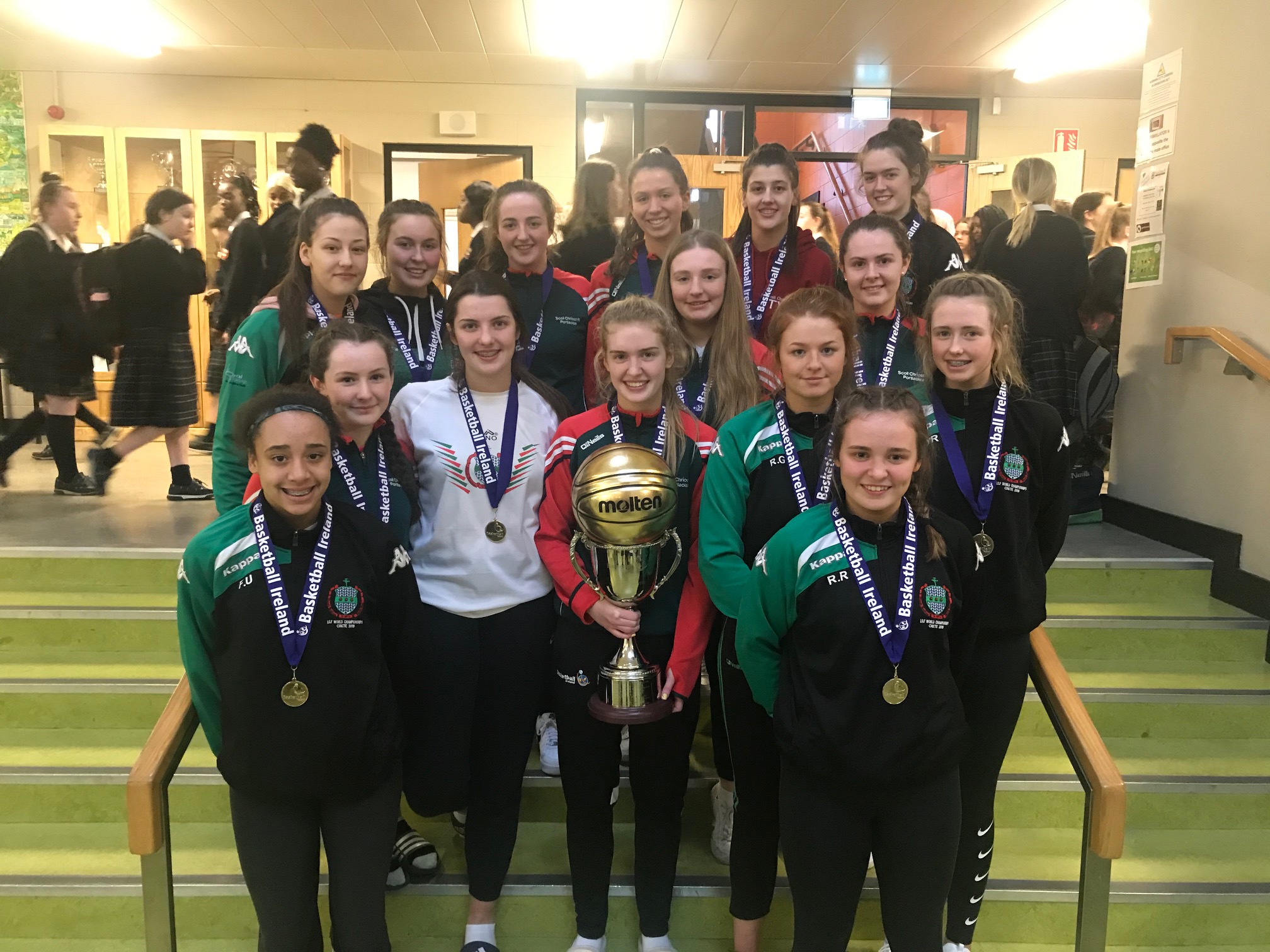 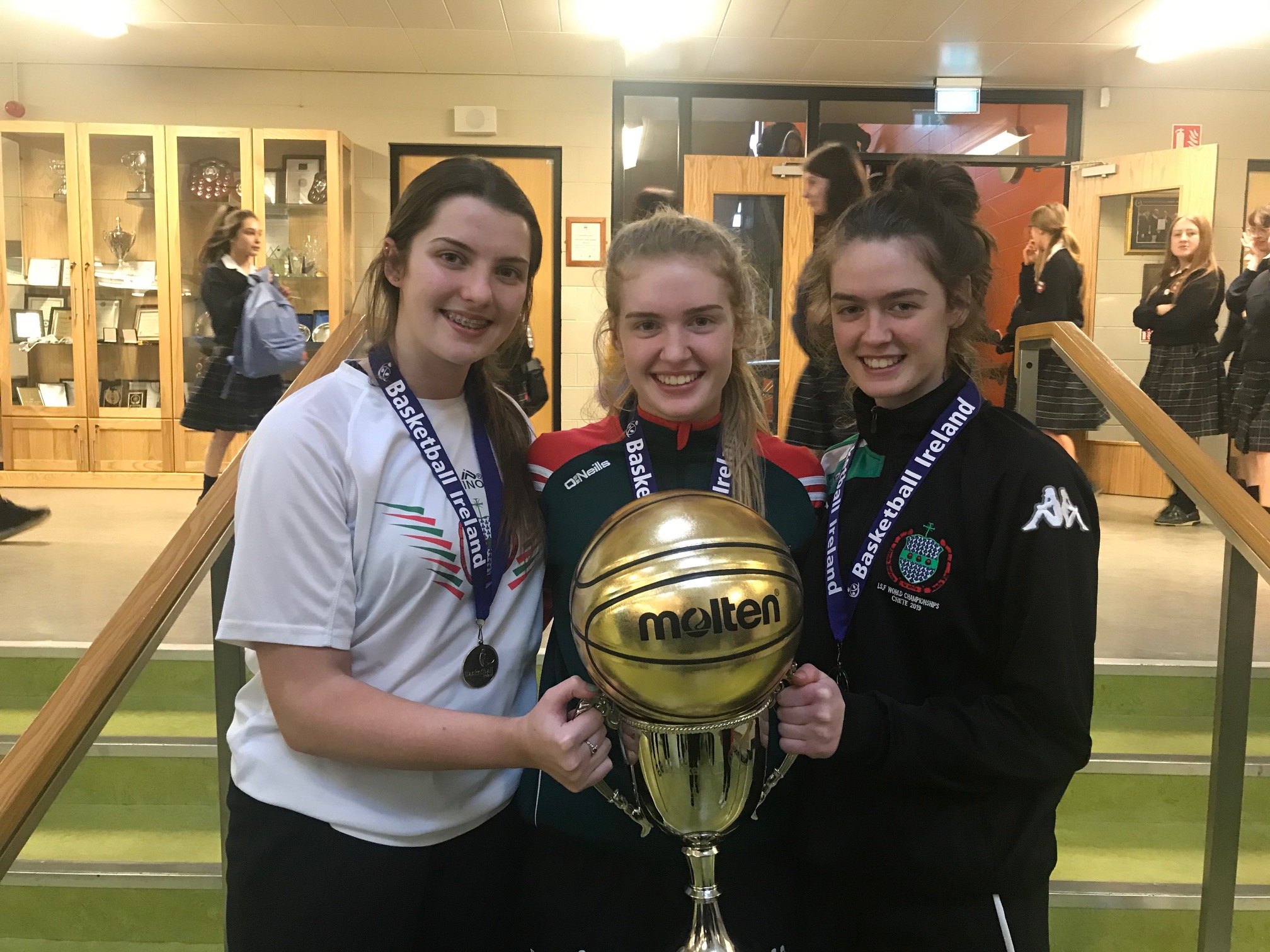 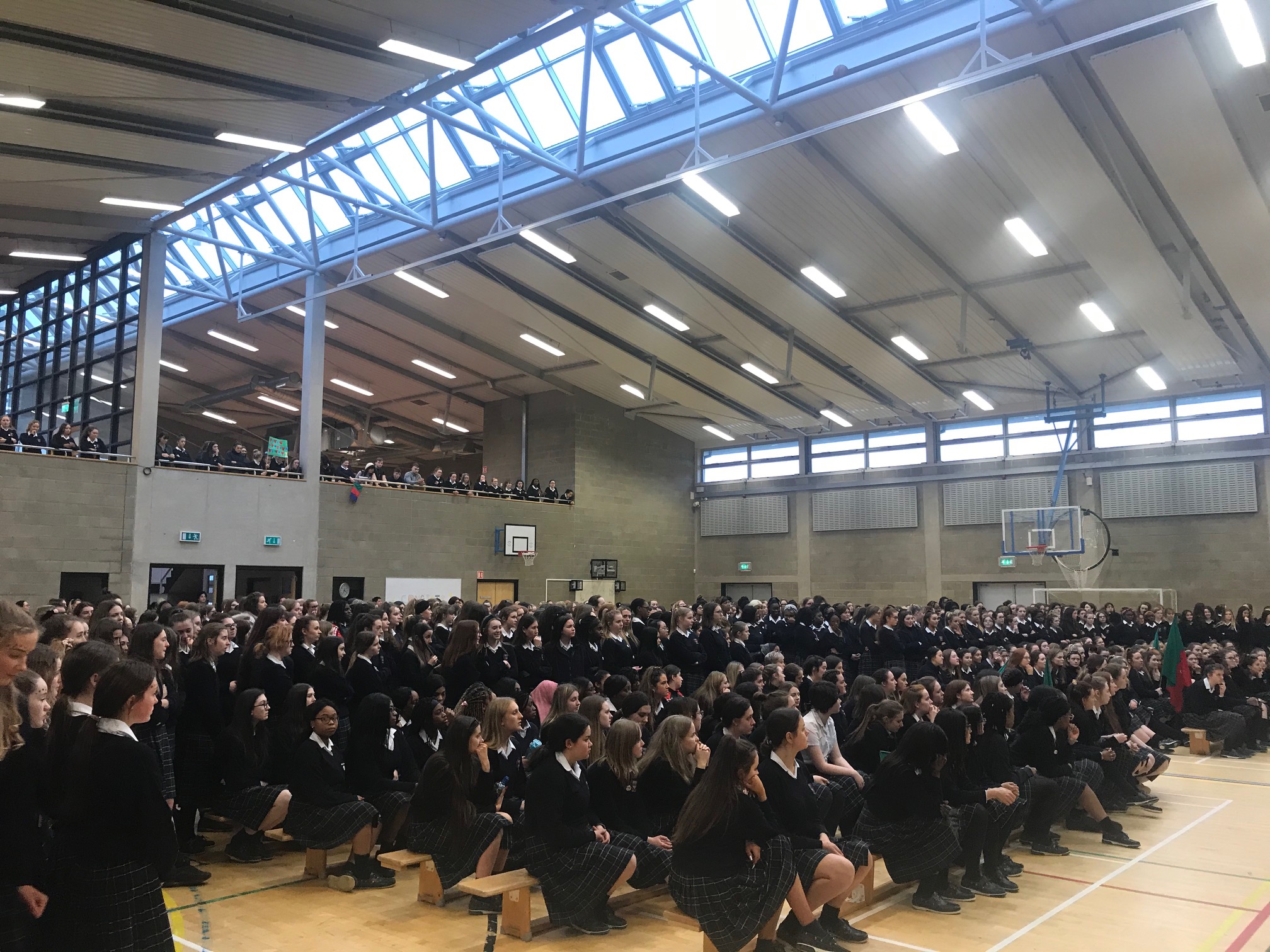 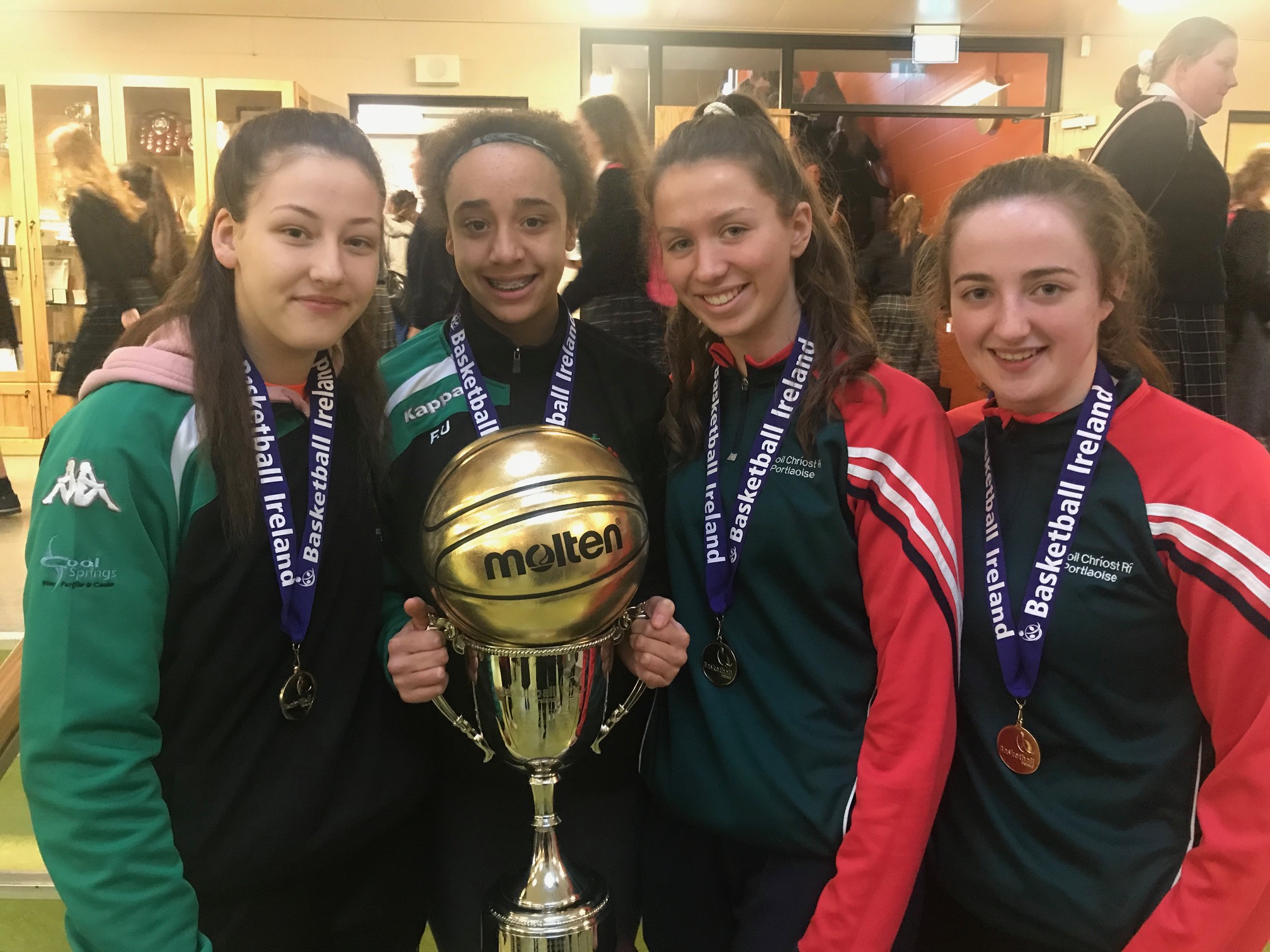