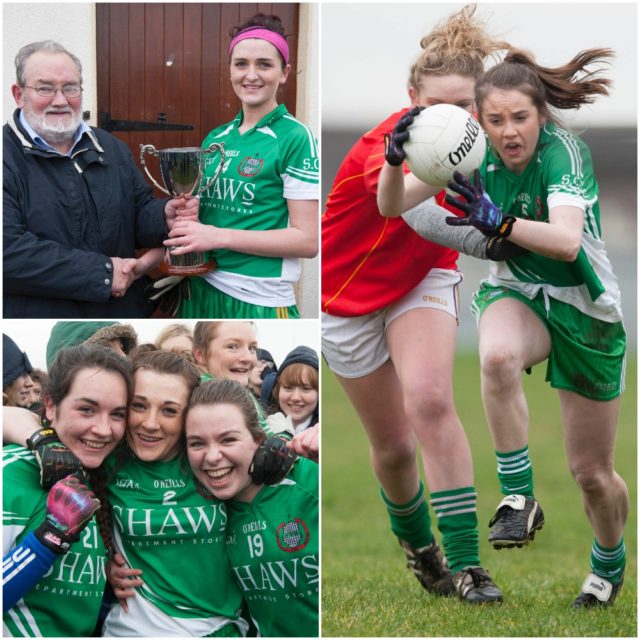 After winning the ‘C’ championship the year before, Scoil Chriost Ri wasted no time in the ‘B’, winning it in emphatic fashion in 2014.

Just last year Chriost Ri claimed the ‘A’ All-Ireland title and skipper Erone Fitzpatrick started on the 2014 side despite only being in first year.

They made their presence known in this game from the off as Anna Fitzgibbon had the ball in the back of the net after 13 seconds.

This was just a taster for what was to come as the poor St Marys defense was completely overwhelmed.

Aine Fitzpatrick racked up 1-2 before St Mary’s could breath after the early onslaught.

To New Ross’, credit they did strike back through their full forward Joanne Dillon as she got the first goal of her hat-trick.

Chriost Ri then scored a massive 4-5 in the minutes that remained in the first half, the Wexford school scored 1-1 to leave it 5-8 to 1-1 at half time.

Two more Chriost Ri goals from Ailbhe Lawlor and Orla Carroll in the second half sealed a memorable win.

You can check out a selection of Alf Harvey photos from that game below.