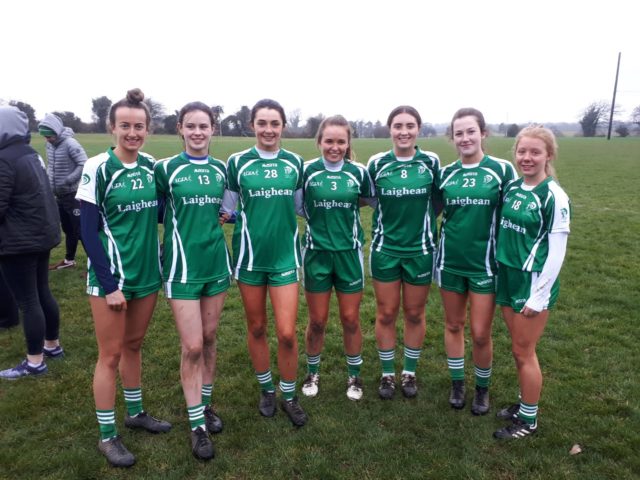 Seven Laois girls were part of the Leinster Post Primary Schools Football team that claimed Shield glory at the inter-provincials at the weekend.

Four of the girls came from Scoil Chriost Ri with Portlaoise’s Rebecca Reddin and The Heath’s Lisa Keane joined by Stradbally duo Sarah Larkin and Jenny Murphy – who both play for Timahoe Ladies.

Graiguecullen’s Jade Nolan and Caoimhe Fitzpatrick were flying the flag for St Leos.

The girls played each of the other three provinces in the group phase which determined whether they would end up in the Cup or Shield final.

That meant that even if they defeated Ulster in their final group game, Leinster would still compete in the Shield decider.

They did run out 3-4 to 1-7 winners and would go on later in the day to face Ulster once again in the final.

The final would be even closer than the group game and the sides were level 0-3 apiece at half time.

However, Leinster pulled away in the second half to win 0-6 to 0-3 in the end and claim glory for the second year running. 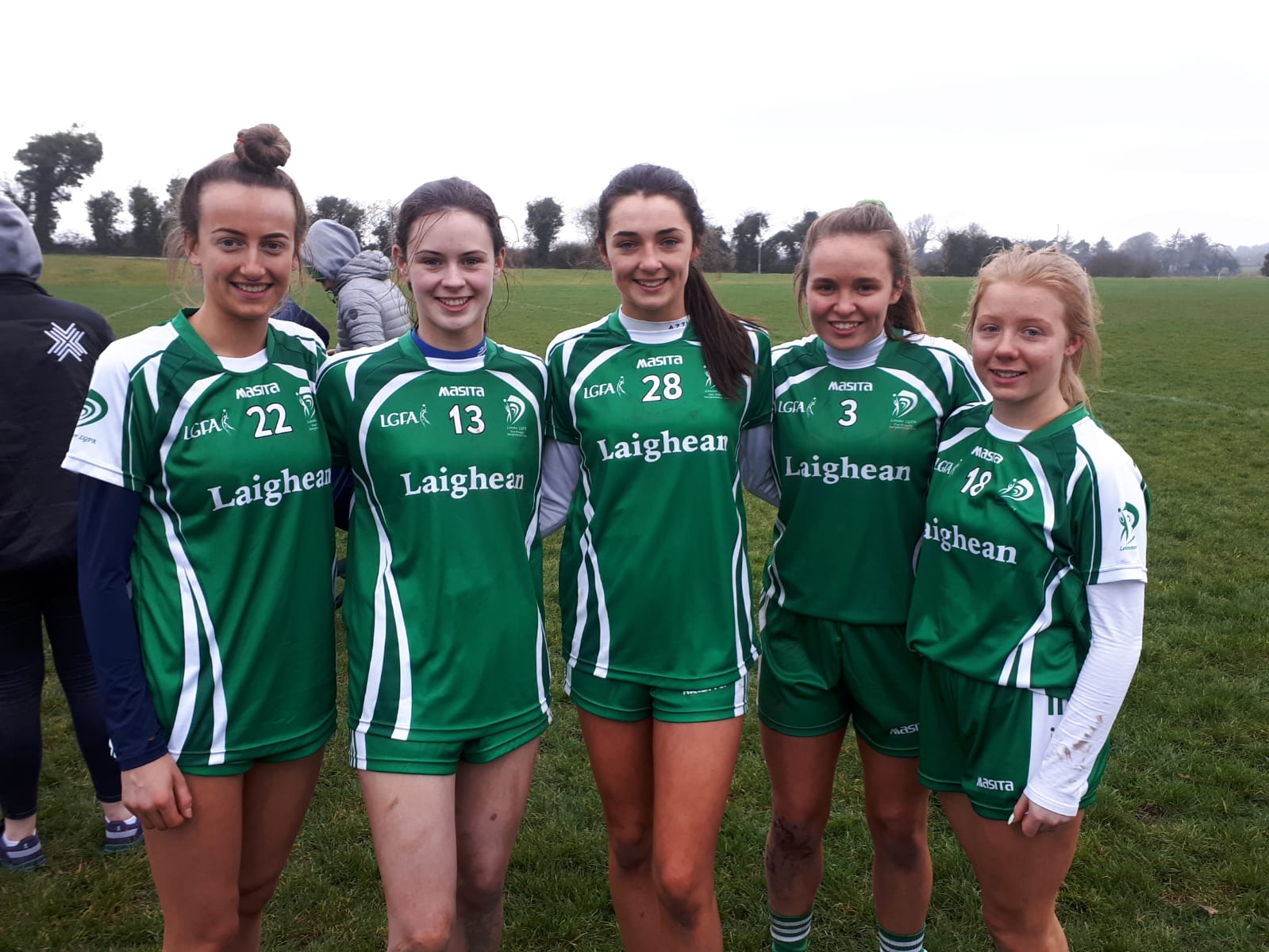 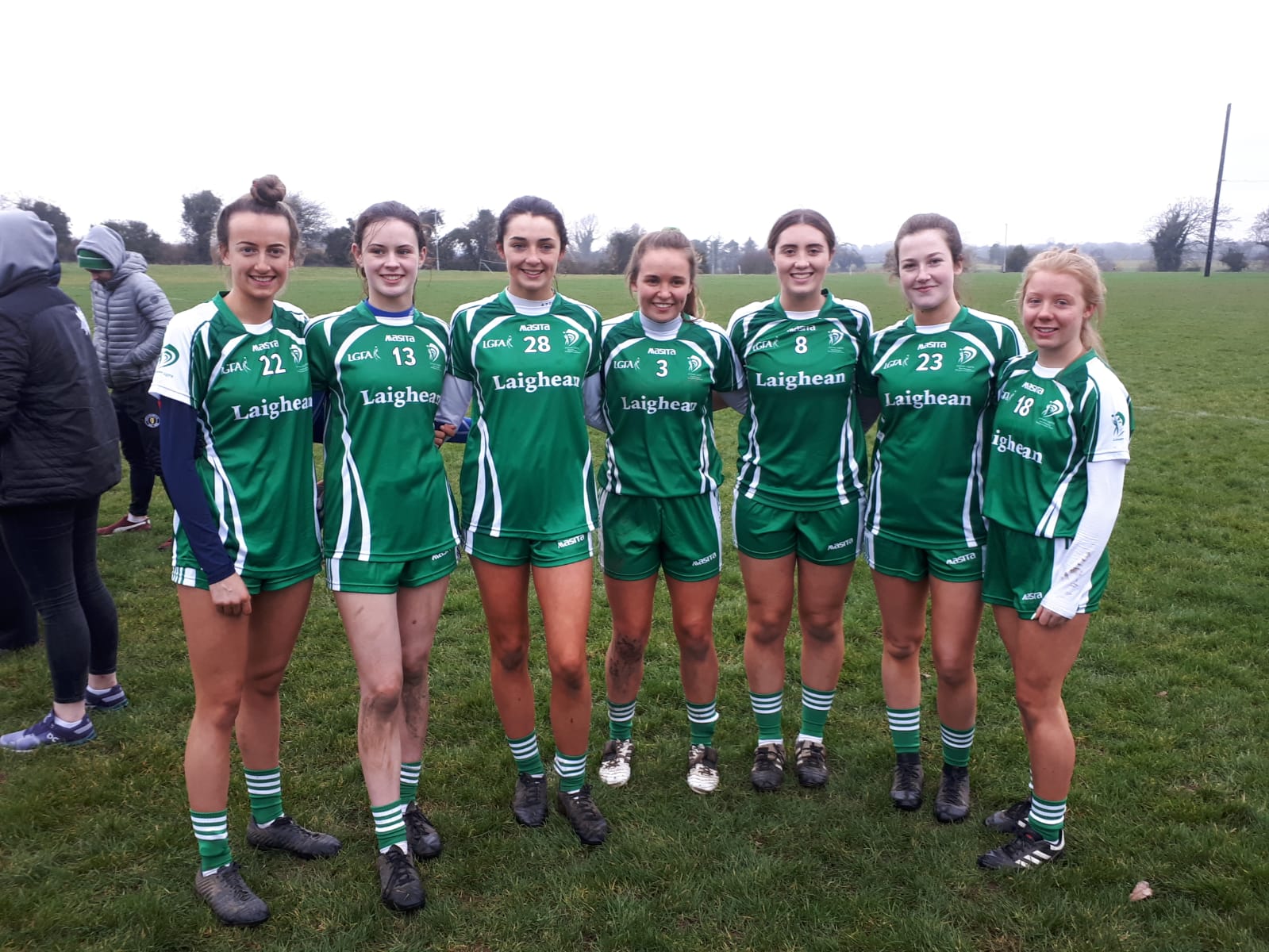 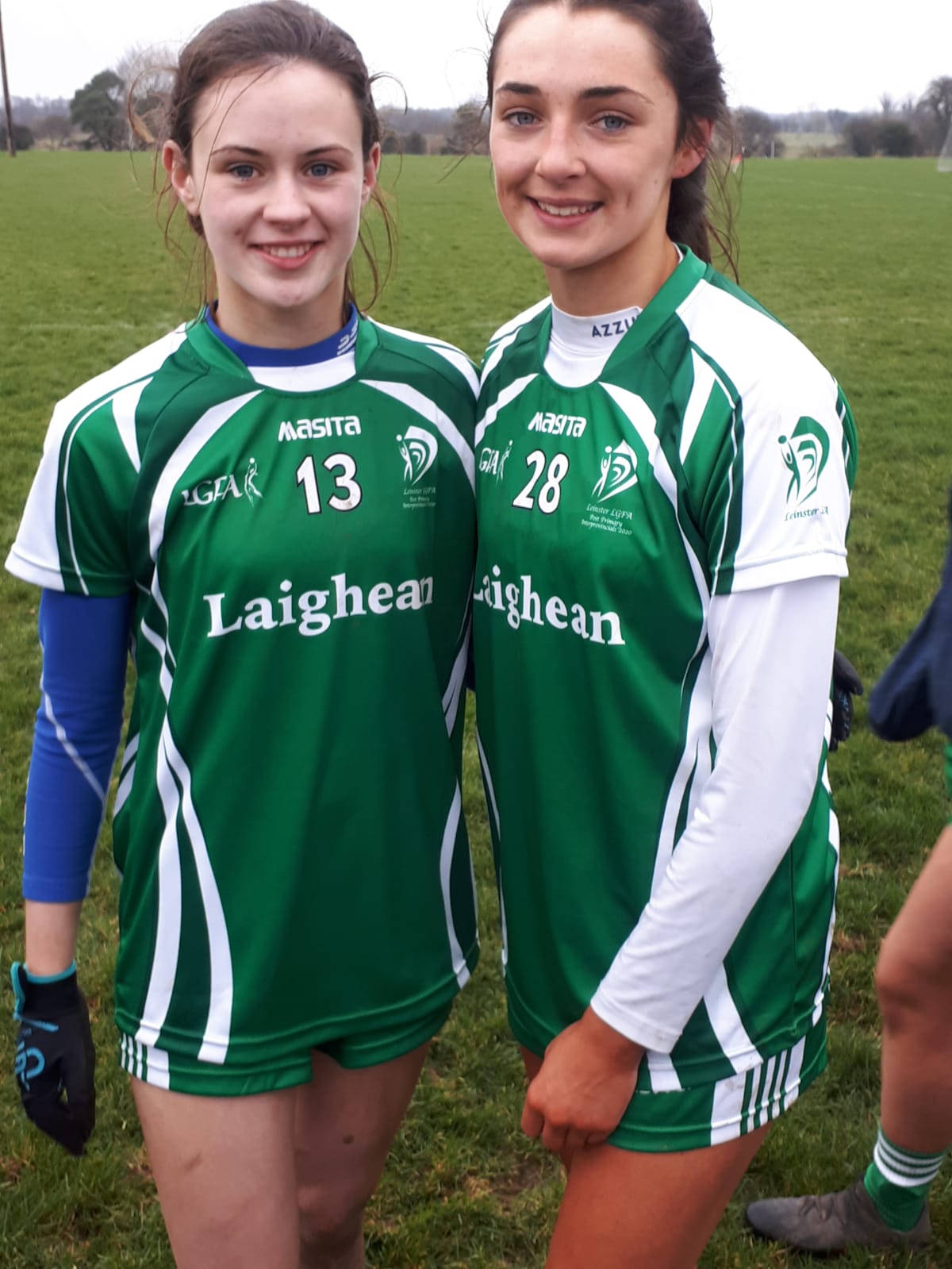 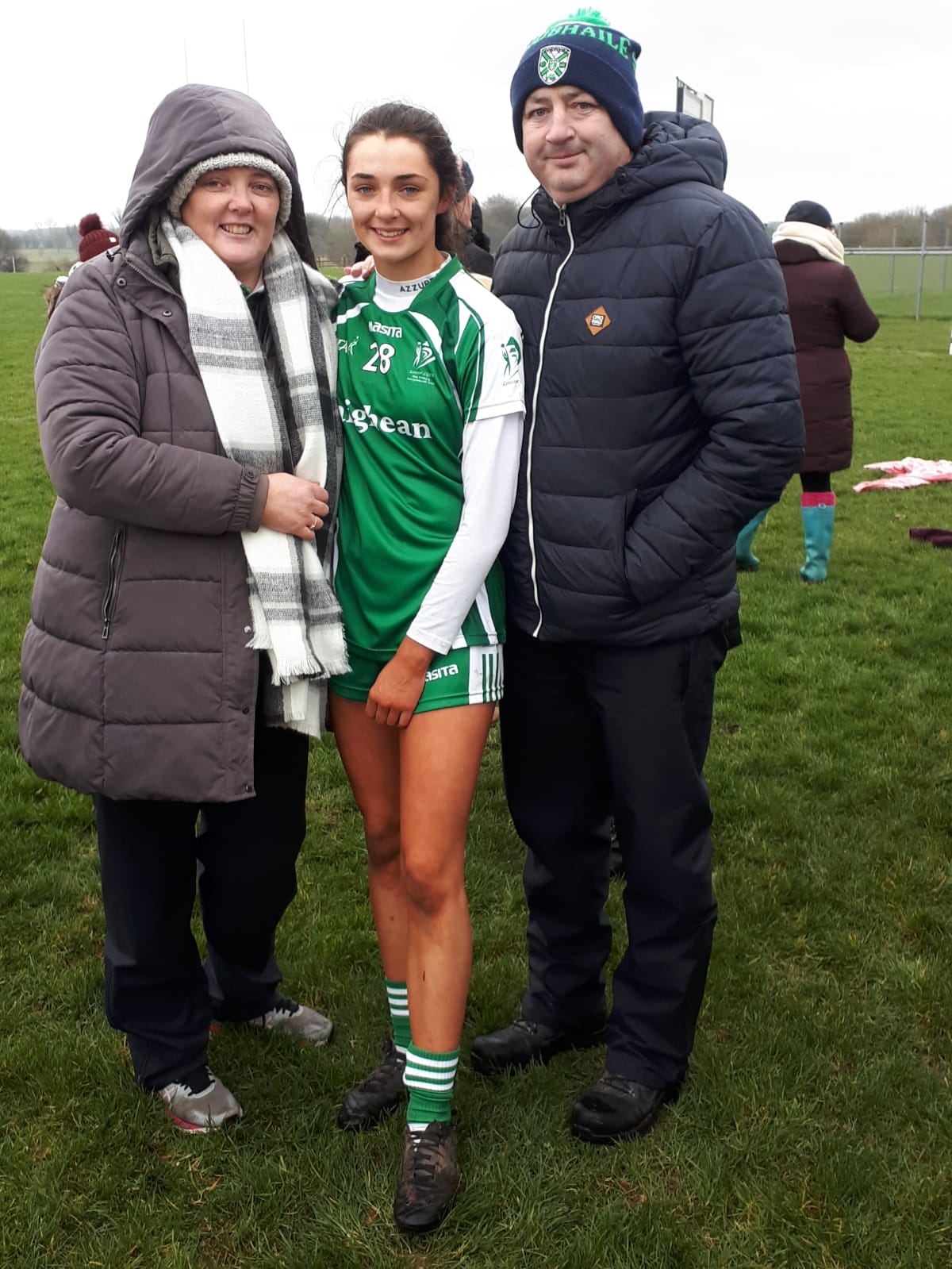 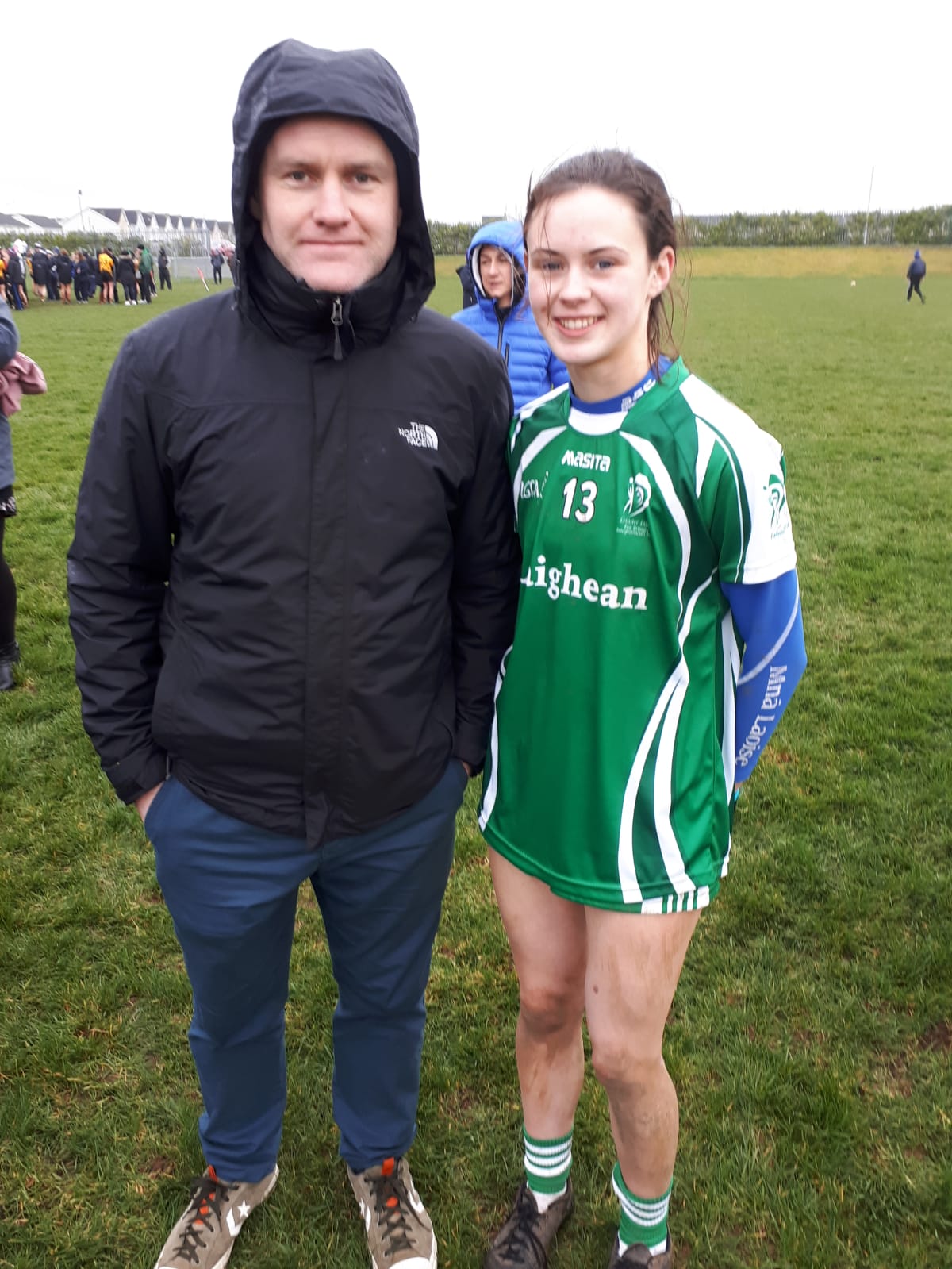 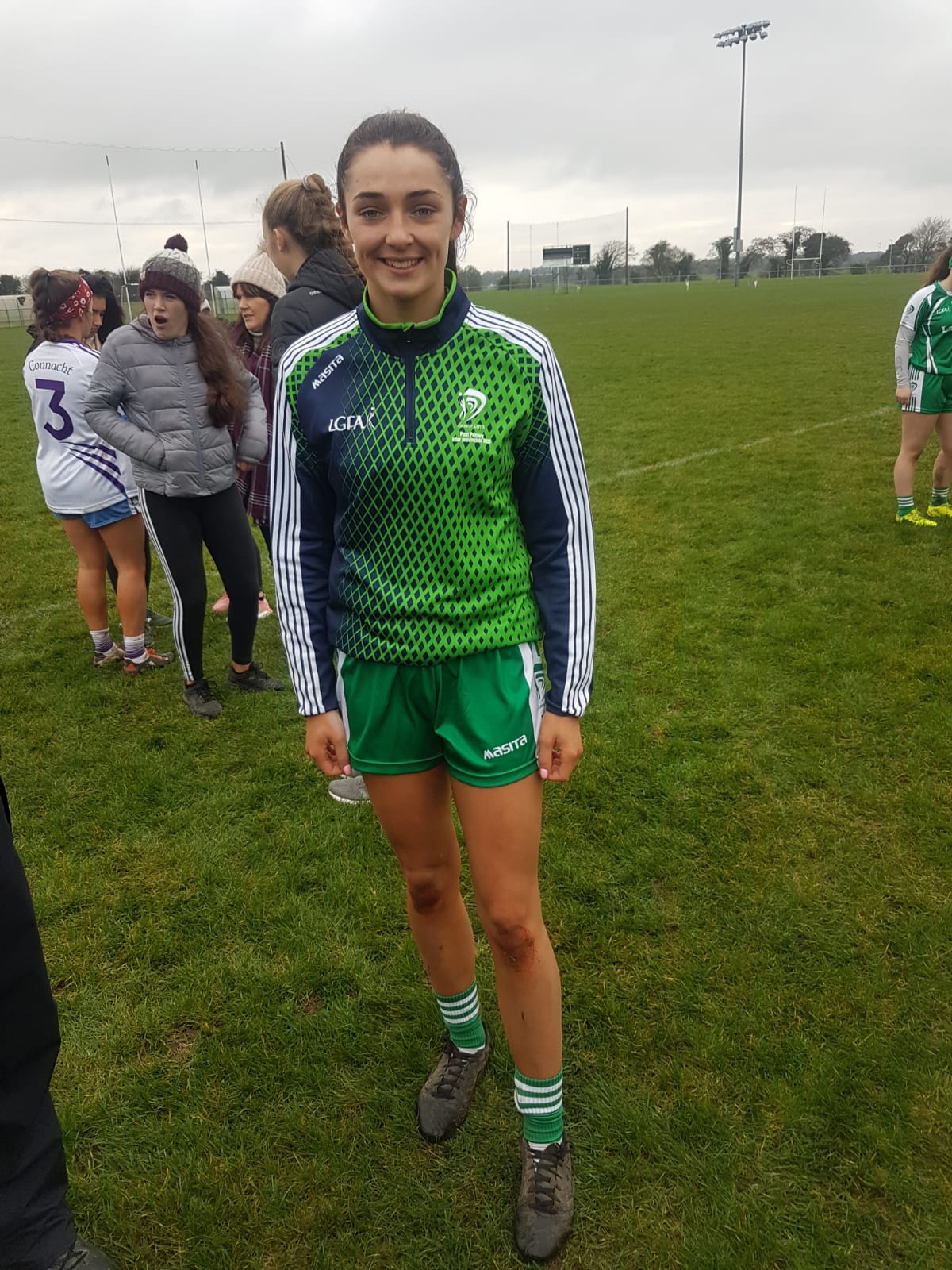 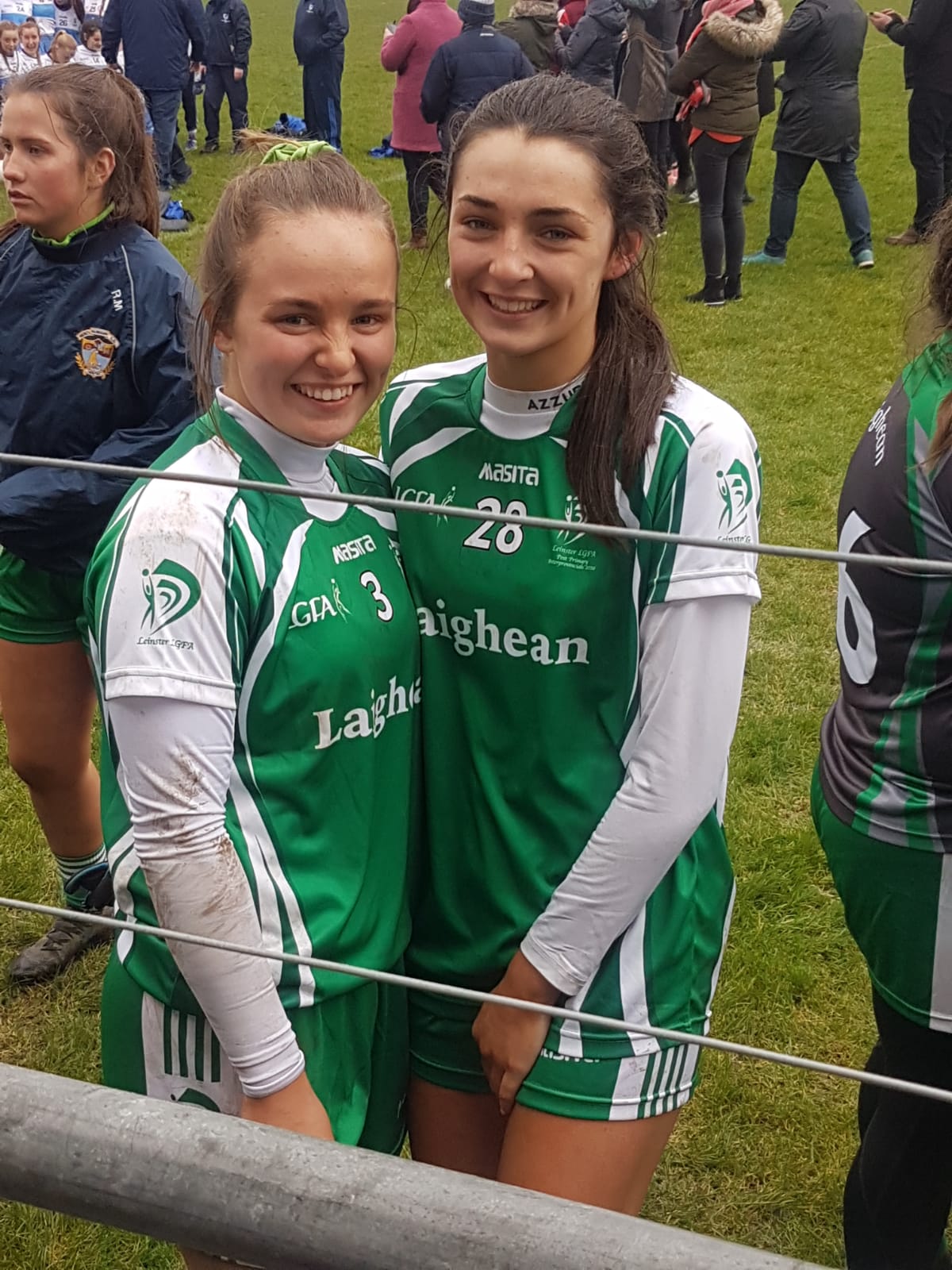 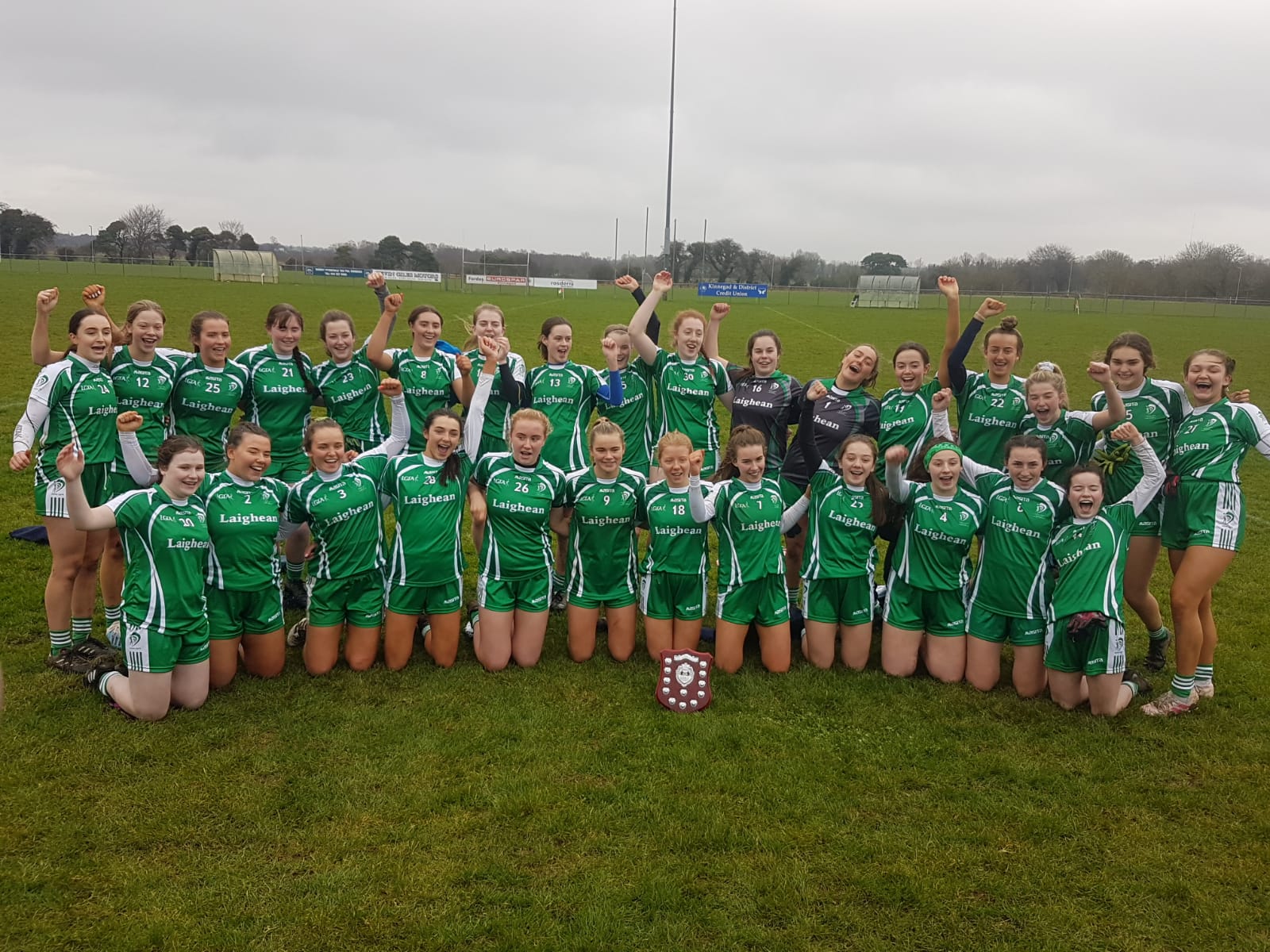 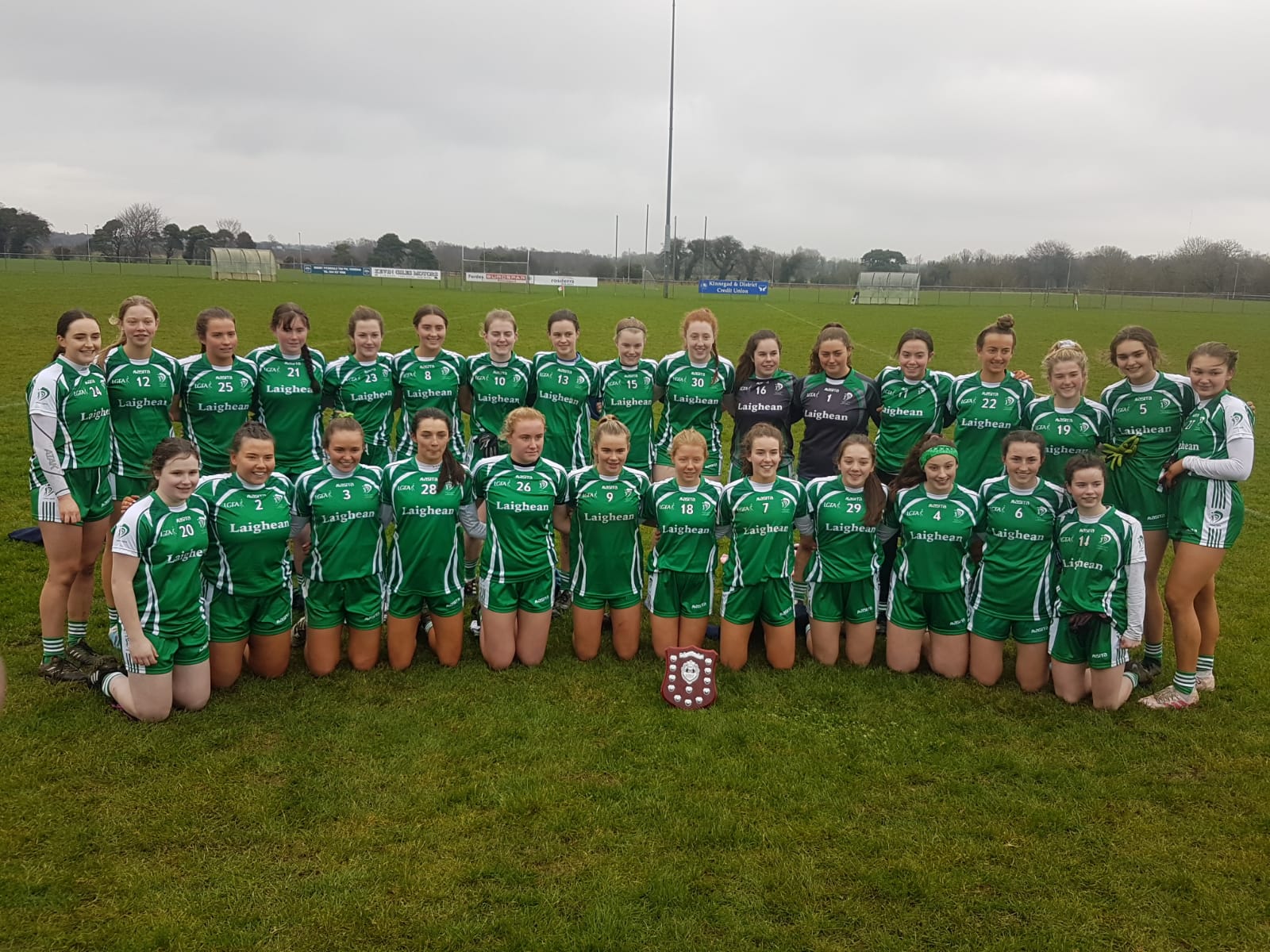