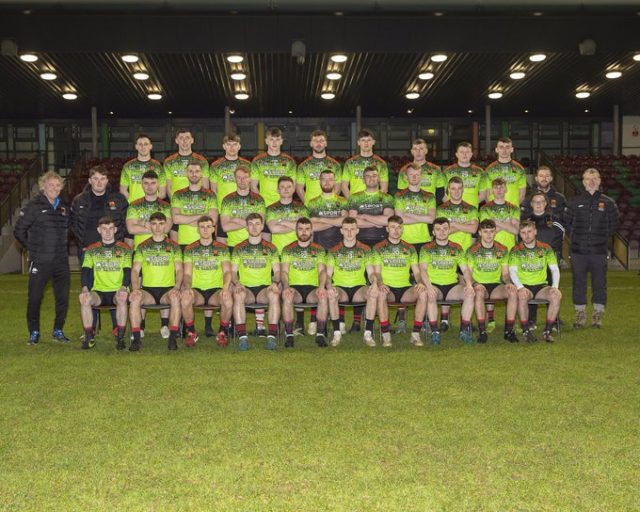 IT Carlow’s bid to win a first ever Sigerson Cup were ended by DCU in the final in Dublin tonight.

IT Carlow, who are managed by Portlaoise Pat Critchley, battled all the way but they never looked capable of amassing the scores needed to break down a very good DCU defence.

Laois players Trevor Collins, Richie Hitchcock and Evan Lowry all started for IT Carlow while O’Dempsey’s Mark Barry was an unused substitute for victors DCU.

DCU played with the wind in the first half and carved IT Carlow open on three occasions but failed to rattle the net.

David Garland, twice, and Thomas Donoghue both got through one-on-one on IT Carlow keeper Killian Roche but he wasn’t troubled as they shot wide.

However, they did take a lead that they wouldn’t relinquish after seven minutes via keeper Evan Comerford and Michael Brannigan.

Cian Farrell replied for IT Carlow but a disputed Shane Carty score and another from David Garland saw DCU push on again.

Killeshin’s Evan Lowry blasted over IT Carlow’s only score from play after 27 minutes but Garland’s second point left DCU 0-5 to 0-2 ahead at half time.

The second half was tit for tat for twenty minutes with Farrell adding four frees for IT Carlow but DCU remaining ahead via Comerford, Garland, Paddy Small and Brian Stack.

But IT Carlow then lost Richie Hitchcock to a black card and that meant they would have to play the time that remained with 14 men.

They would actually finish the game with 13 men as Niall Hughes also picked up a black card as Garland, Sean Bolger and Brannigan ensured DCU ran out seven point winners.