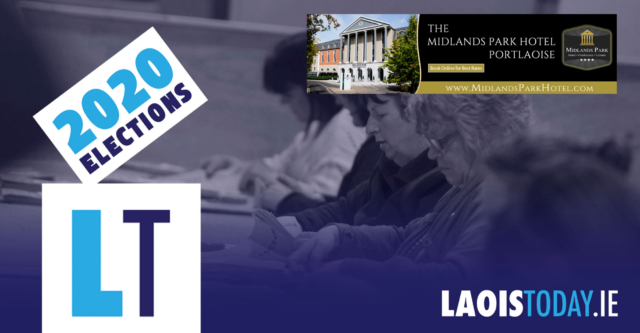 And we’re nearly there!!

The 2020 General Election takes place this Saturday, February 8, in the 39 constituencies around the country as the people of Ireland elect the 160 TDs that will represent us in Dáil Eireann in the next term.

And ahead of the big day, we recorded the final podcast of our pre-election series where we looked at the state of play nationally, how the leaders have performed and how things are shaping up in Laois-Offaly.

Presenter Steven Miller is joined by long-time political observer and a former General Election candidate himself John Whelan to look at how things might play out in the Laois-Offaly constituency.

And after a couple of weeks of deliberating, John predicts who will top the poll and who will win the five seats – including the last one which he has dubbed ‘The Battle of Birr’.

We also look in depth at the Kildare South constituency which now includes large parts of Laois, including Portarlington, Ballybrittas and Killenard.

We explain why that change came about, why it’s an unusual constituency in that it is a four-seater but will only elect three TDs and what parts of Kildare that it actually takes in.

We also look at the chances of a Kildare South candidate winning a Dáil seat in spite of spending a week of the campaign on holidays.

You can listen to the podcast in full here – which was once again brought to you in association with the Midlands Park Hotel.

Don’t forget to follow LaoisToday right throughout the weekend for all the best local political coverage.

SEE ALSO – Explained: Quotas, tallies and transfers – everything you need to know ahead of Saturday’s General Election