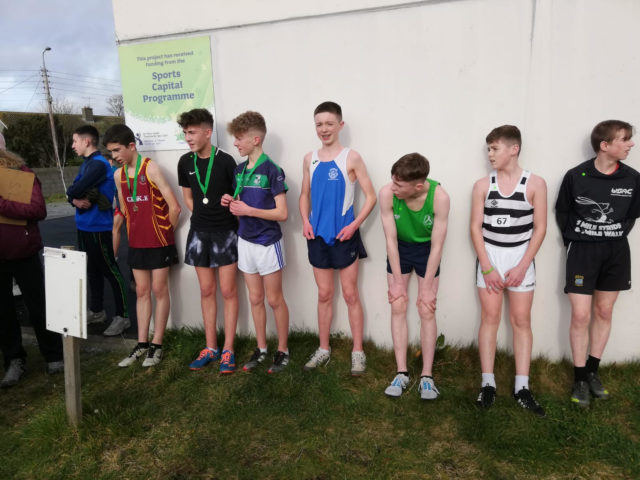 Held in Carlow Hurling Club, they didn’t have far to travel on the day.

The minor team of Jack Milton, Cillian Whearty, Callum Hayden and Harry Byrne all ran strongly over 1500m but unfortunately just missed out on qualifying individually or as a team.

The junior team had a bit more luck with MacKenzie McIvor finishing 4th and qualifying for the Leinster Championships next week.

Sean O’Sullivan, Ben O’Gorman, Tom Hughes, Luke Buggy, Cian Cashman, Daniel Picovici and Tadhg McGrath all put in strong performances over the two and a half laps and finished well.

They also just missed out on qualification despite placing well.

In a very competitive race they all gave their best on the day but unfortunately didn’t qualify this time.

TJ stayed on the heels of the main group for most of the race and this paid off as he finished 12th and will now go through to the Leinsters.

Finn held his own for the three tough laps and as a result achieved another great personal best.

Well done to all our athletes and good luck to Mackenzie and T.J. in the upcoming Leinster Championships. 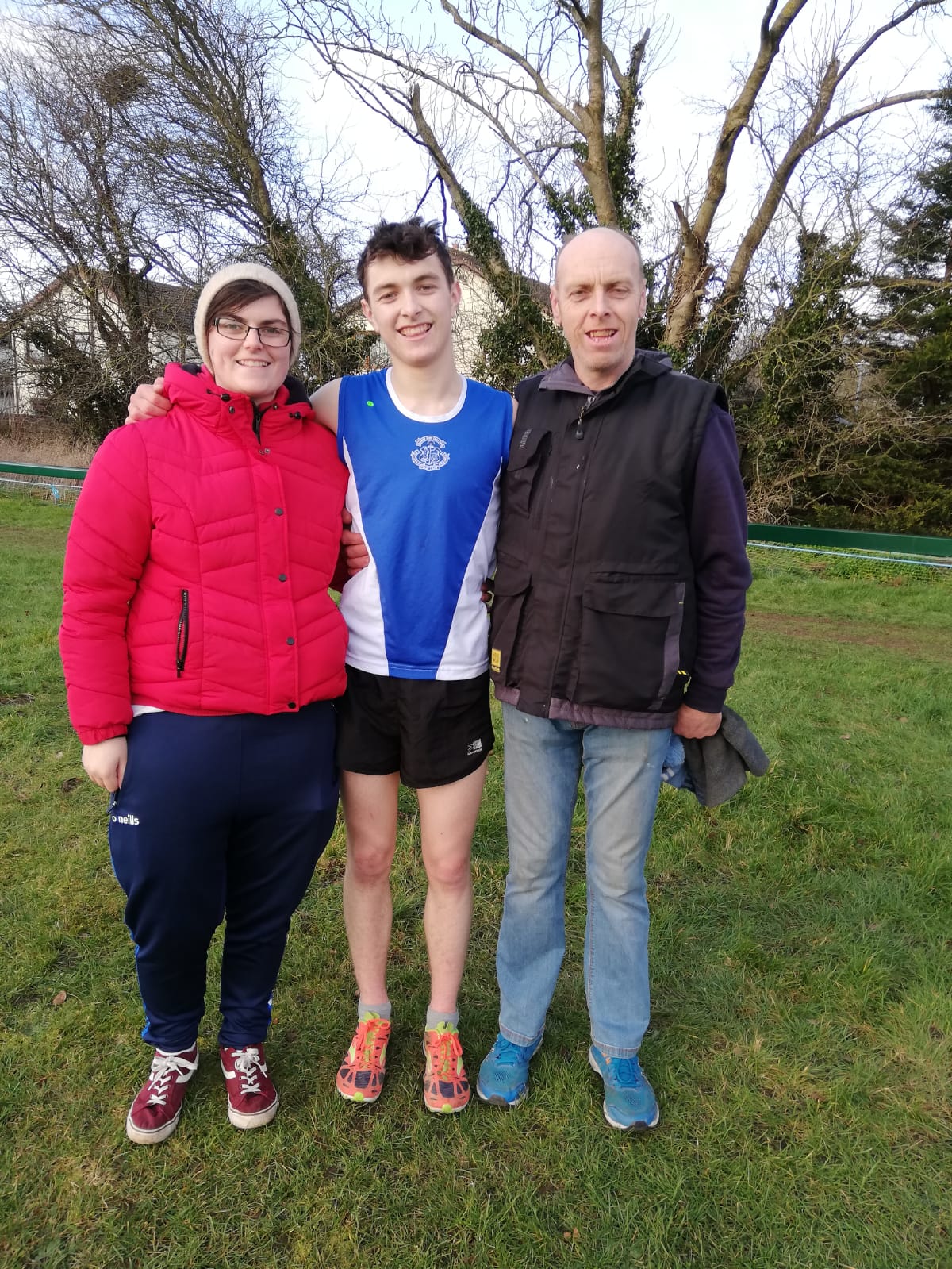 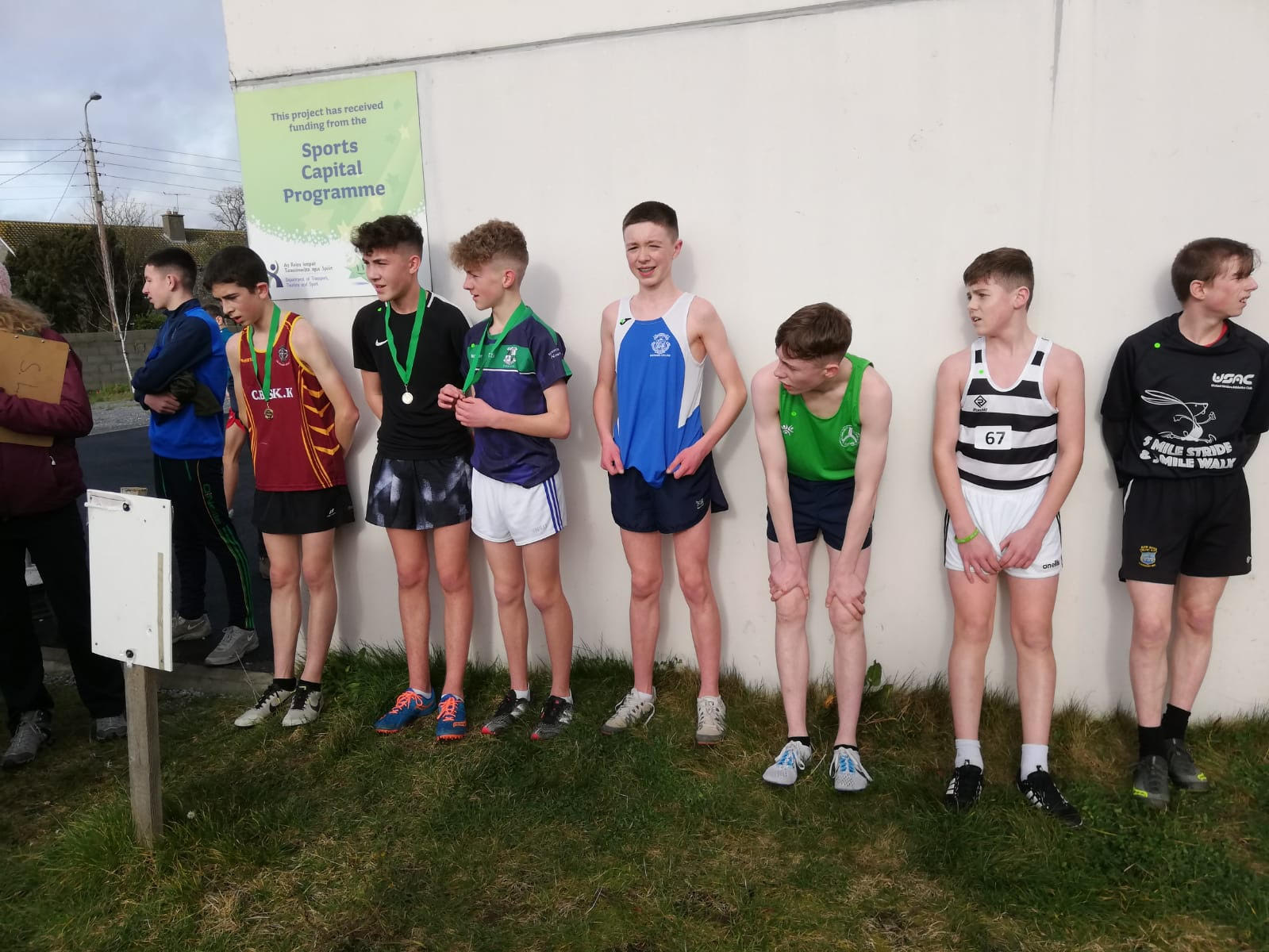