The Republic of Ireland U-17 Women’s team played two friendlies against Iceland over the weekend in Waterford.

And two Laois women were in the thick of the action in the games played in the RSC and Tramore.

Portarlington’s Della Doherty and Clonaslee native Emily Corbet played in both of the games.

Doherty, who is the captain and plays for Dublin side Peamount United, started both matches at centre back as Ireland drew 2-2 and then 1-1 with their Scandinavian opponents.

Striker Corbet, younger sister of Laois goalkeeper Niall, plays as a striker for Athlone Town at U-17 and senior level and she came off the bench in both games.

The first game was played on February 14 and Iceland opened the scoring through No 20 Amanda Jacobsen Andradottir and they held onto that lead going in at half-time.

Ellen Molloy hit back though on 57 minutes to draw the scores level after the Thomastown United youngster wasted little time in finishing when in front of goal with a left-foot finish.

Iceland got their second goal seven minutes later through substitute Anita Yr Porvaldsdottir, but Molloy broke Icelandic hearts on Valentine’s night by finding the back of the net again in the 75th minute.

The sides met again in Tramore on Sunday and Erin McLaughlin headed Ireland in front on 35 minutes after drifting into a dangerous area.

Iceland, who showed over the two games that they are a good team, replied on 57 minutes when Anita Yr Porvaldsdottir poked the ball in following a goalmouth scramble.

James Scott’s team thought that they had secured a winner on 71 minutes but it was ruled out due to an infringement on the Icelandic goalkeeper. So both teams had to settle for a draw once again.

Ireland will now turn their attention to next month’s UEFA European Championship Elite Round qualifiers, which will be played in Waterford.

They will come up against Denmark (March 23), Serbia (March 26), and Austria (March 29) with top spot in Group 3 required in order to reach this summer’s finals tournament in Sweden. 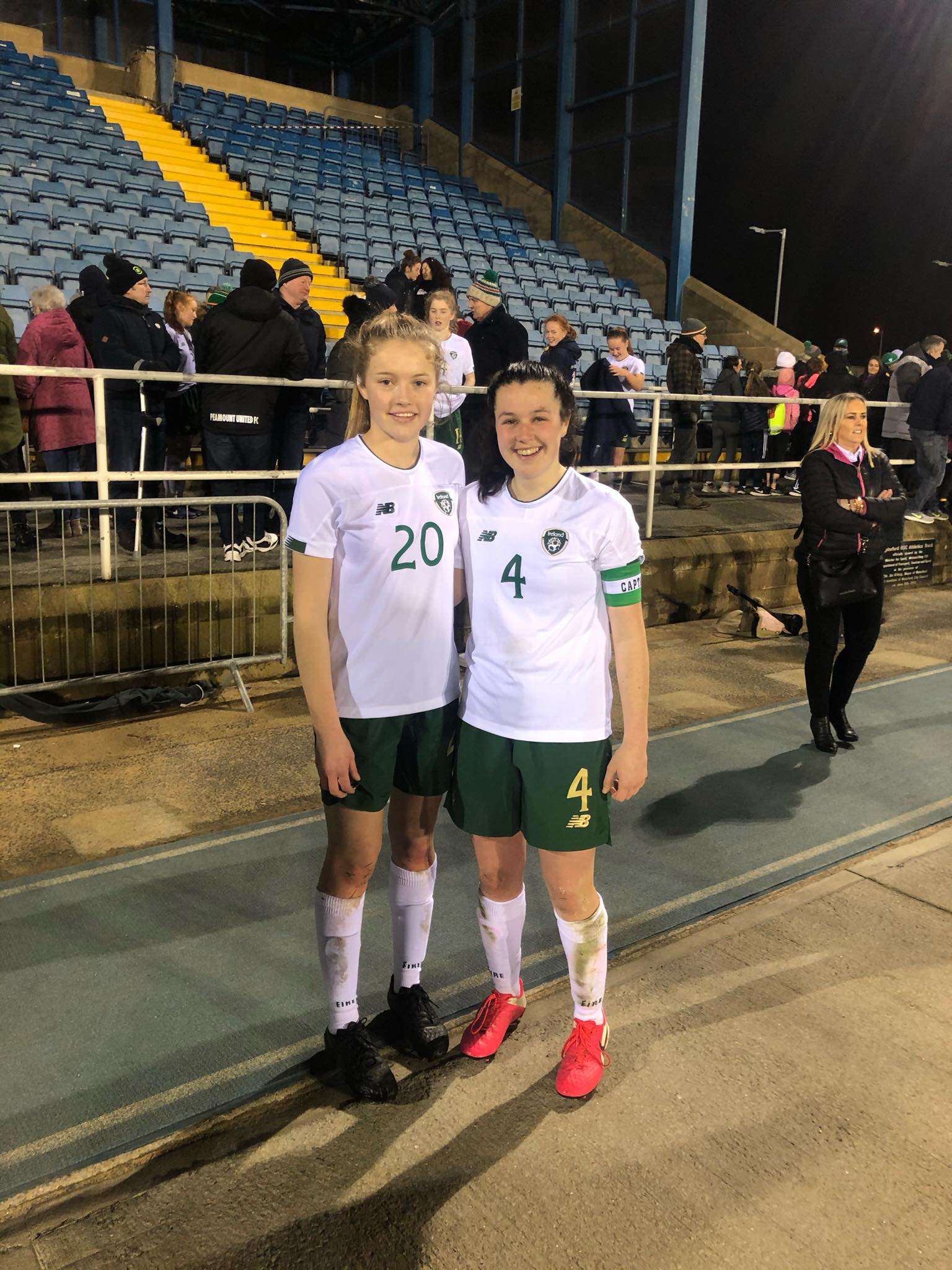