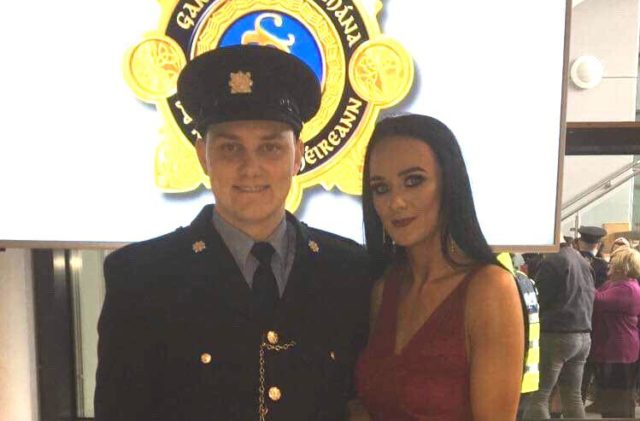 The latest batch of new Gardai passed out recently at a ceremony in Templemore.

A total of 201 Gardai were conferred at the ceremony – with four of them hailing from Laois.

Emo brothers Shane and Nigel Murphy were two of them and they will be stationed in Coolock and Lucan respectively.

While Rachel Murphy is off to Blanchardstown and Shauna Redmond is going to Coolock alongside the aforementioned Shane Murphy.

Meanwhile, three of the almost 200 new Gardai will be stationed in Laois.

Kerry’s Stephen Lynott and the Mayo duo of Aisling O’Boyle and Alan McLoughlin are coming to Portlaoise.

The ceremony was attended by Minister for Justice Charlie Flanagan.

This brings to 3,200 the number of gardaí that have attested and been assigned to frontline policing duties since the reopening of the Garda Training College in 2014.

Of the 201 probationers that attested today, 19 were born outside the jurisdiction. They were born in countries including Germany, Romania, England, the US, Latvia, Australia, Poland and Italy.

28% of the gardaí that attested today are women.

The budgetary allocation to An Garda Síochána for 2020 will allow Garda Commissioner Drew Harris to recruit up to 700 new gardaí and additional Garda staff this year.