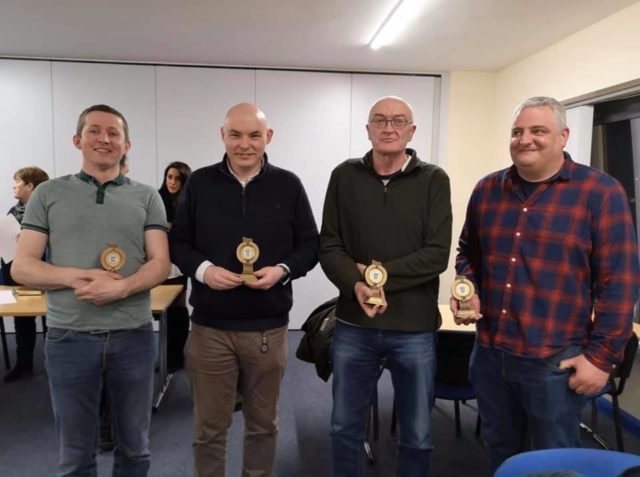 The Leinster Semi-finals of Scór took place last weekend and Laois were represented in Clonroche by very talented acts.

Ballyfin’s Paddy Fitzpatrick represented us in Solo Singing and Recitation with his own compositions.

We were represented in Instrumental Music by Kilcavan Club and again by Ballyfin in the Ballad Group.

Everyone performed very well and while all achieving good marks only Kilcavan qualified for the final.

The Quiz teams go straight to Leinster final with Courtwood Quiz team through.

The Leinster finals of Scór take place at the Solstice Theatre, Navan on Sunday March 22.

Tickets are €10 for adult and €5 for children and are available at www.solsticeartscentre.ie, tickets on the day will increase to €15 for adults only.

Laois will be represented in 2 categories.