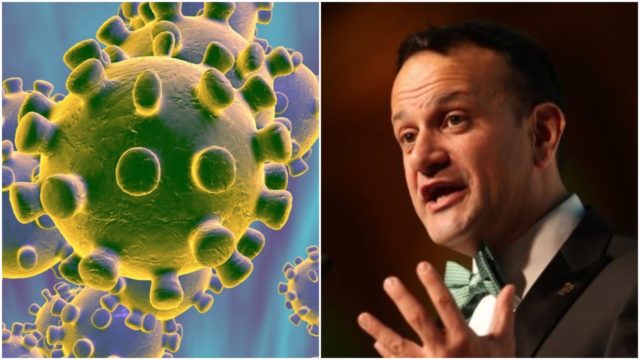 54 new cases of Coronavirus have been diagnosed in Ireland today.

That is a big increase on the 169 cases from yesterday and takes the overall total to 223.

On this day last week, we had 24 cases so seven days later, there are almost 200 more. To date, two people have died from the illness.

Meanwhile, Taoiseach Leo Varadkar says he expects to see a 30% increase in Coronavirus cases every day.

In total, he told reporters that we could have 15,000 cases of Coid-19 in Ireland by the end of the month.

Varadkar said that most of these will not require hospital treatment but that some will need ICU critical care.

That has become the latest major sporting event to be cancelled.

The horse racing showpiece has just been called off for 2020 by organisers.

The news comes on the same day that it was confirmed Croke Park is to be used as a Covid-19 drive-though testing centre.

The GAA has offered its national stadium for testing and are in discussions with the HSE, given no matches are being played at the Dublin 3 venue at present.

It would be a by-appointment-only drive through centre rather than a drop-in facility.

Tánaiste Simon Coveney said the National Public Health Emergency Team has recommended that all Irish citizens be advised against all non-essential travel overseas from now until 29 March.

The guidance includes the UK but not Northern Ireland.

Revenue has announced it is deferring the collection of Local Property Tax for those paying by Annual Debit Instruction or Single Debit Authority payment.

Payments using these mechanisms had been due by 21 March.

However, in a statement Revenue said the deduction date will now change to 21 May 2020.