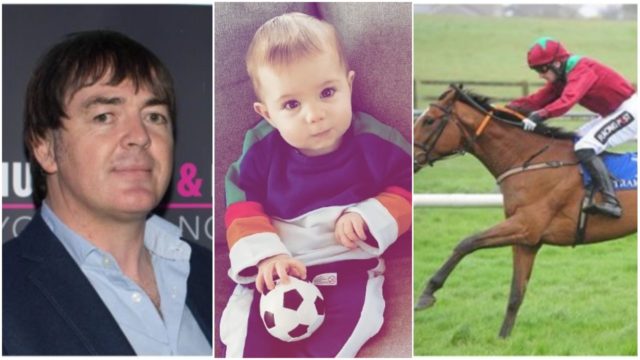 The owner of a horse that was victorious in Wexford on St Patrick’s Day has pledged a portion of his winnings to the ‘Do It For Dan’ campaign.

Song Of Earth galloped to glory in the ISF EBF Auction (Pro-Am) INH Flat Race yesterday and he is owned by Portarlington native Kieran ‘Shaggy’ Leavy.

The 14/1 shot led from start to finish in the 2-mile race and held off the challenge South Terrace to win and scoop the €8,850 first prize.

Wearing the Portarlington colours, this was just a second ever race for Song Of Earth who Bred at Borris House in Carlow.

He is trained by Mags Mullins and was ridden by Richie Deegan.

And owner Kieran Leavy has donated €1,000 of his winnings straight to the ‘Do It For Dan’ campaign.

“And I would urge everyone to please give a little if possible. It really is for a great cause.”

The reaction to the fundraiser has been huge with €345,000 raised so far from more than 10,100 different people.