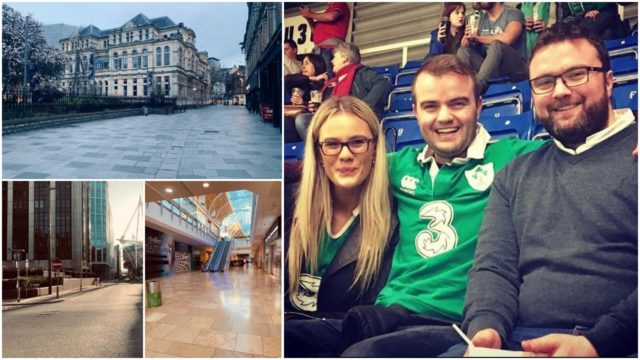 As the Coronavirus spreads across the globe and brings everything almost to a halt, we’re keen to hear from Laois people dotted around the world.

How has the Coronavirus effected their daily life? What measure are being taken where they live? Are people doing enough? And would they like to come home?

First up in this series is Kate O’Loughlin from Ballickmoyler, daughter of Declan and Liz (RIP).

She has been living in Cardiff for the last number of years where she works with British Gas.

I am living in Cardiff city centre, not far from Principality Stadium (still known as Millennium Stadium!). I work in the city centre for British Gas, one of the largest services and utility companies in the UK.

I think we acquired Bord Gais in 2015 so I think I could transfer home easily if the Welsh accent got too much for me. I am used for loads of different roles but at the moment I am an ‘efficiency analyst’ responsible for ensuring we are operating as efficiently as possible and peoples time is being utilised effectively.

The government has labelled us as essential workers (as the public need gas & electric and central heating) therefore my job feels really secure thank God.

The situation has been changing (like at home) every day, but the UK were very slow to make big changes and concrete rules like Varadkar and the Irish government did until recently.

Boris told the British public not to go to pubs last week, but didn’t order that they close … that confuses people.

I feel like Welsh society here need strict orders to follow. They only announced on Thursday 19th March that schools would close on Friday. Then announced they would remain open to ‘Key essential workers’ and listed a large number of jobs ranging from NHS doctors and nurses, to nursery staff and transport workers as ‘key essential workers’ which meant the schools weren’t really shut.

This is ever changing as they have been unable to meet the demand for the number of people without childcare needing their kids in school. 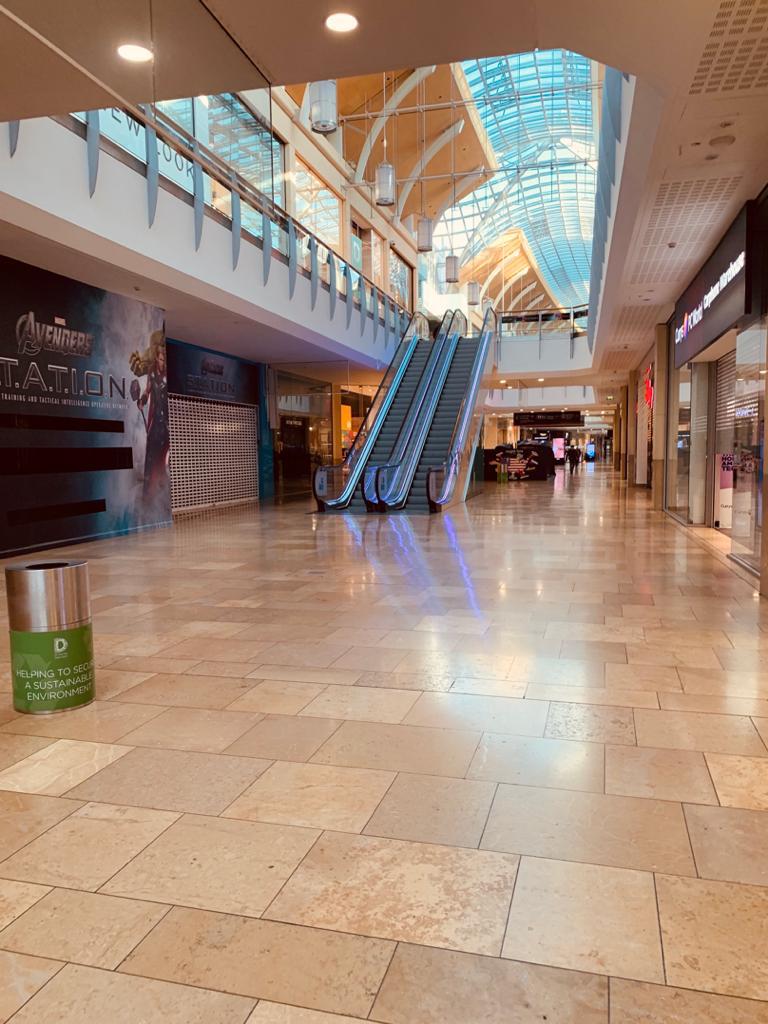 Do you know anyone that has been effected by the Coronavirus?

I know a lot of people in work who are self-isolating and have been for several weeks. Most people I know are working from home, and some people have lost their jobs or don’t know when their employers will open again.

I don’t know of anyone who has tested positive for it thank god. Everyone is affected by it at this stage I think. 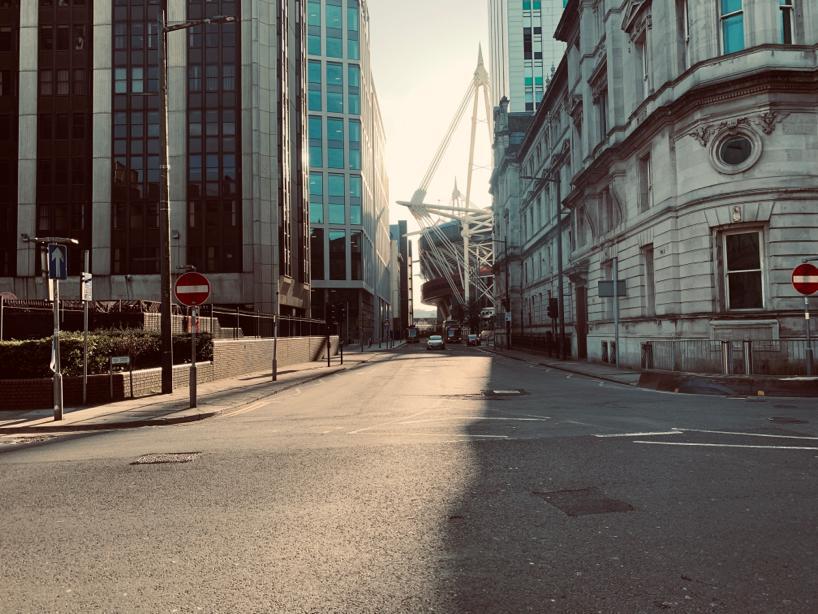 What measures have the authorities taken where you’re living?

Everything has been around 7/8 days behind Ireland until Monday night. When Boris made his speech to the nation at 8.30 on Sky news you could feel the change immediately this morning, police cars going up and down to make sure people aren’t in groups, gathering unnecessarily etc.

The panic buying over here has been a little bit ridiculous, despite constant reassurance from politicians that, of all things to worry about, running out of food and toilet roll is not one of them, people are still emptying the shelves.

Although I have to admit I did pick up 2 extra boxes of cat food for my cats Lily and Rua when I was in my local Lidl…. Just in case! 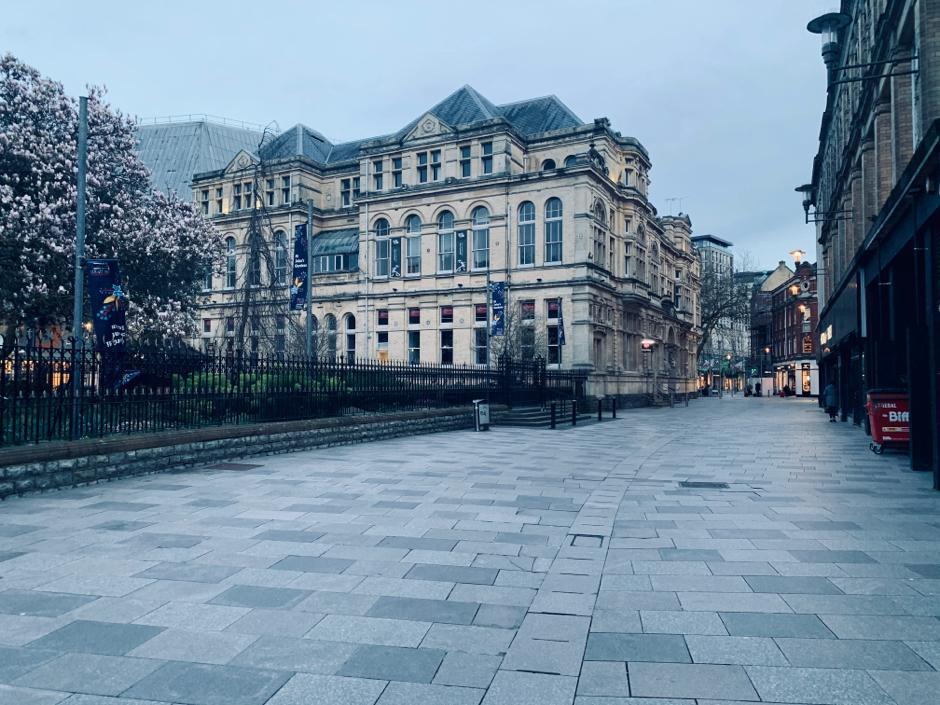 Do you feel people where you are are taking it seriously enough?

They absolutely were not, but as of last night (23rd March) I feel that they are beginning to. My local shop across the road has signs up telling people they have to queue 2 metres apart now and the streets are slowly emptying of people.

It was a really proud moment for me as an Irish person living in the UK to see Leo Varadkar’s speech and his decisive, concrete action. He gave me a false sense of ‘we’re going to be grand’ and I had to remind myself I am not in Ireland to benefit from his policies! 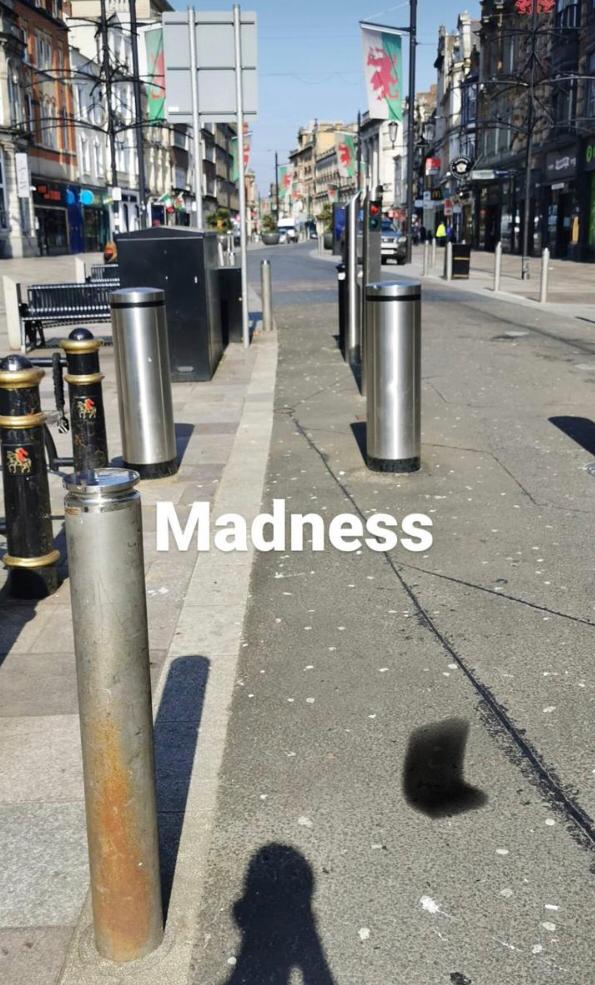 How has it impacted on your work arrangements?

From this week I have been working from home. The company have been operating a large scale campaign to get laptops built for each member of the building which is approx. 1, 200 people.

I was in the first phase of ‘home working’ as I am classed as ‘high risk’ due to having asthma.

I am as happy as one can be in a scenario like this. I live with my boyfriend Matt and his parents live at the start of the Welsh valleys, around a 25 minute drive from Cardiff but he cannot visit them either due to their age.

So we are both similarly socially isolated even though he is actually from here. At least I can walk to my GP, local pharmacy or grocery shop in under five minutes here I suppose.

I couldn’t do that in Ballickmoyler! I was speaking to Dad on the phone there and he said “ah sure I’ll be over to visit you soon .. well when this is all over like” and I thought after that, it could be months.

That would mean I haven’t seen my family since Christmas and it will be the longest I have gone without seeing them. It could be worse though, it must be really difficult to be as far away as Australia or Canada.

This crisis has really magnified the distance between me and home. 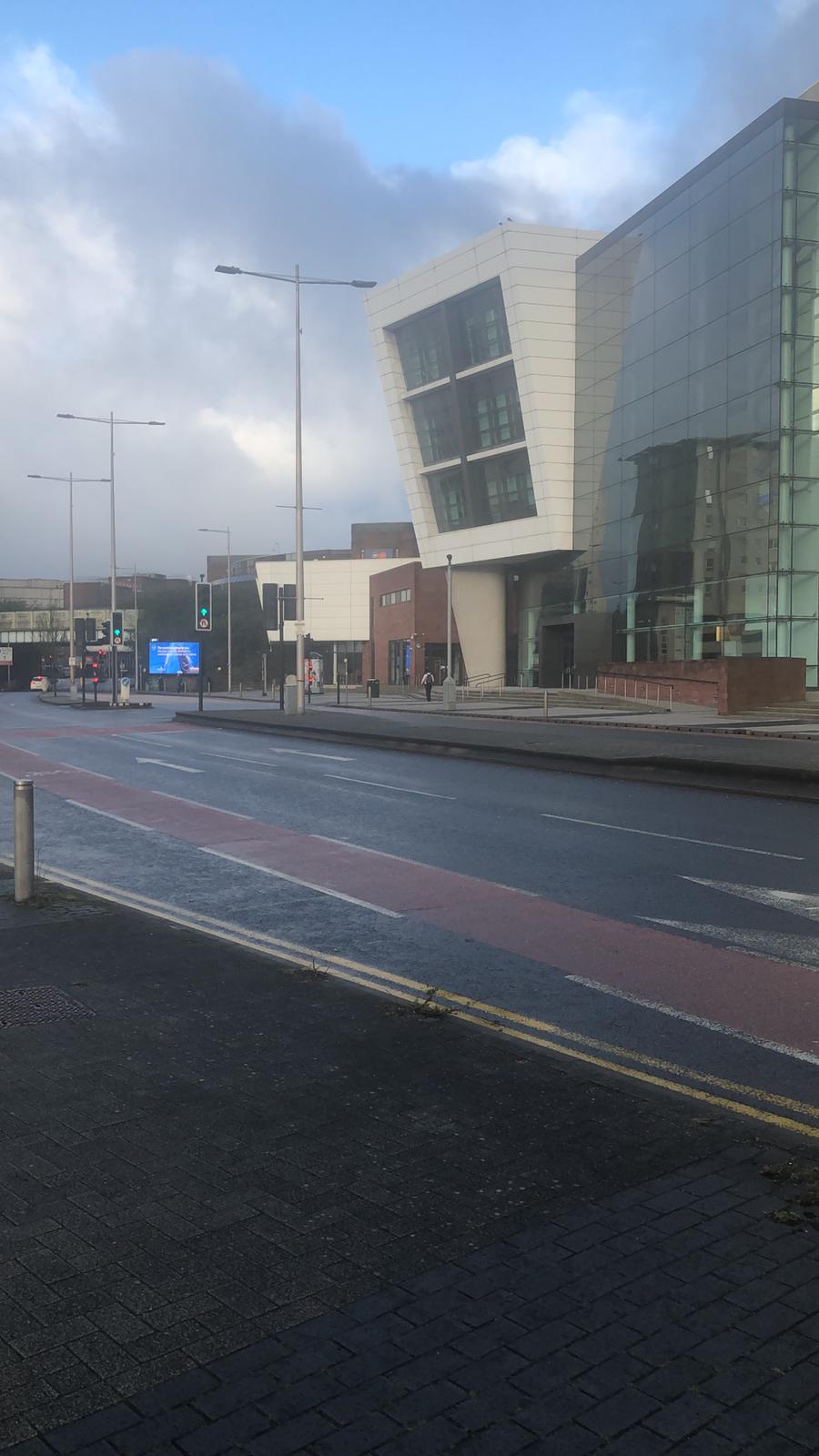 Like everyone else abroad im sure, I am in constant dialogue in (too many) whats app groups with family and friends. My favourite one has aunts, uncles, cousins and all in it.

It’s a mixture of Meath, Carlow, London, Laois, Kildare and.. Cardiff. We are constantly skitting each other and sharing humour which I really need anytime I am feeling homesick or if I feel particularly far away.

I’m lucky to have such a close and strong family – immediate and extended – and I think it made moving away from home much easier. I think Dad has text me every single day since Christmas giving out about the weather and not even being “able to cut the grass’’ so that predictable and frequent communication is also good for my mind.

Being stuck inside here in my house in Cardiff I sometimes imagine everyone at home having great craic and having a pint or going to matches or walking in the Slieve Blooms or whatever, it’s hard to imagine this lockdown being everywhere.

I think I read that they were so many people in Glenbarrow they were closing it off? It’s all a bit sad. We all share the burden of this emergency I suppose.. 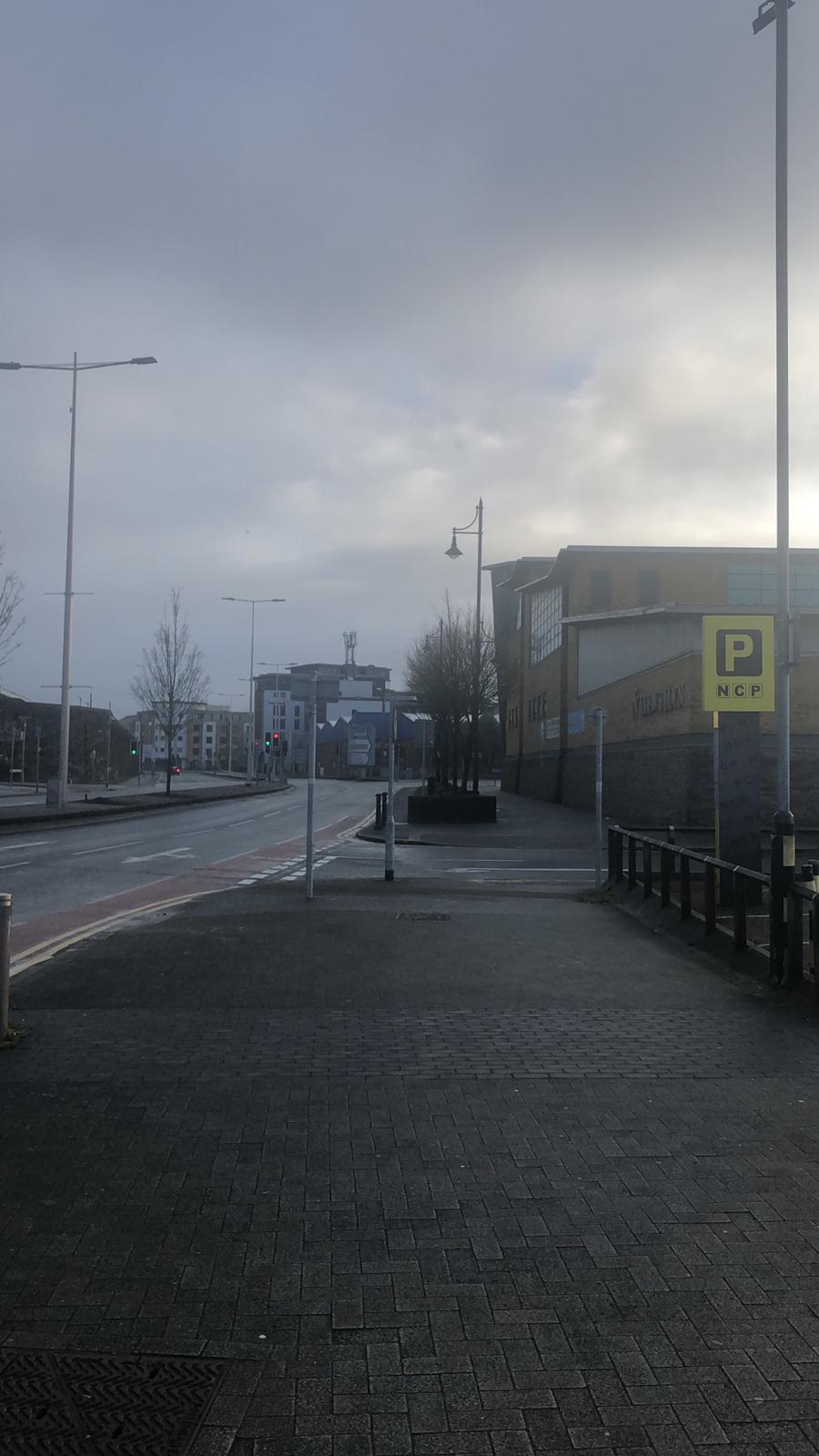 Is there any positives that you see coming from this?

Well sure look, I don’t think anyone out there can say this hasn’t really frightened them.

Especially if they have suffered a bereavement from the disease. That changes people. It will certainly make people more appreciative of what they have, family, their job, even the little mundane things in life we do like shopping and meeting friends for a drink.

I would like to think the most important and positive outcome we could get from this would be people looking after their health. Mammy would always say ‘Your health is your wealth’ and that has never made more sense to me as it does now.

When I found out a few weeks ago that my godson’s confirmation was cancelled I immediately reacted with “Ah stop! Sure I had an outfit got and all, what will happen to my flights now? ah I was looking forward to that, it would have been great craic to see everyone, that’s shocking..’’

But that was well before the gravity of the disease was made clear to the public and I can certainly say my thoughts are a lot less selfish and a lot more pragmatic and thankful.

My brother has a compromised immune system and I have other family with underlying conditions so I’m doing the right thing by staying away from them. I would rather they were confined to one room so I knew they were safe but failing that I know I can do my part by not going home to visit. 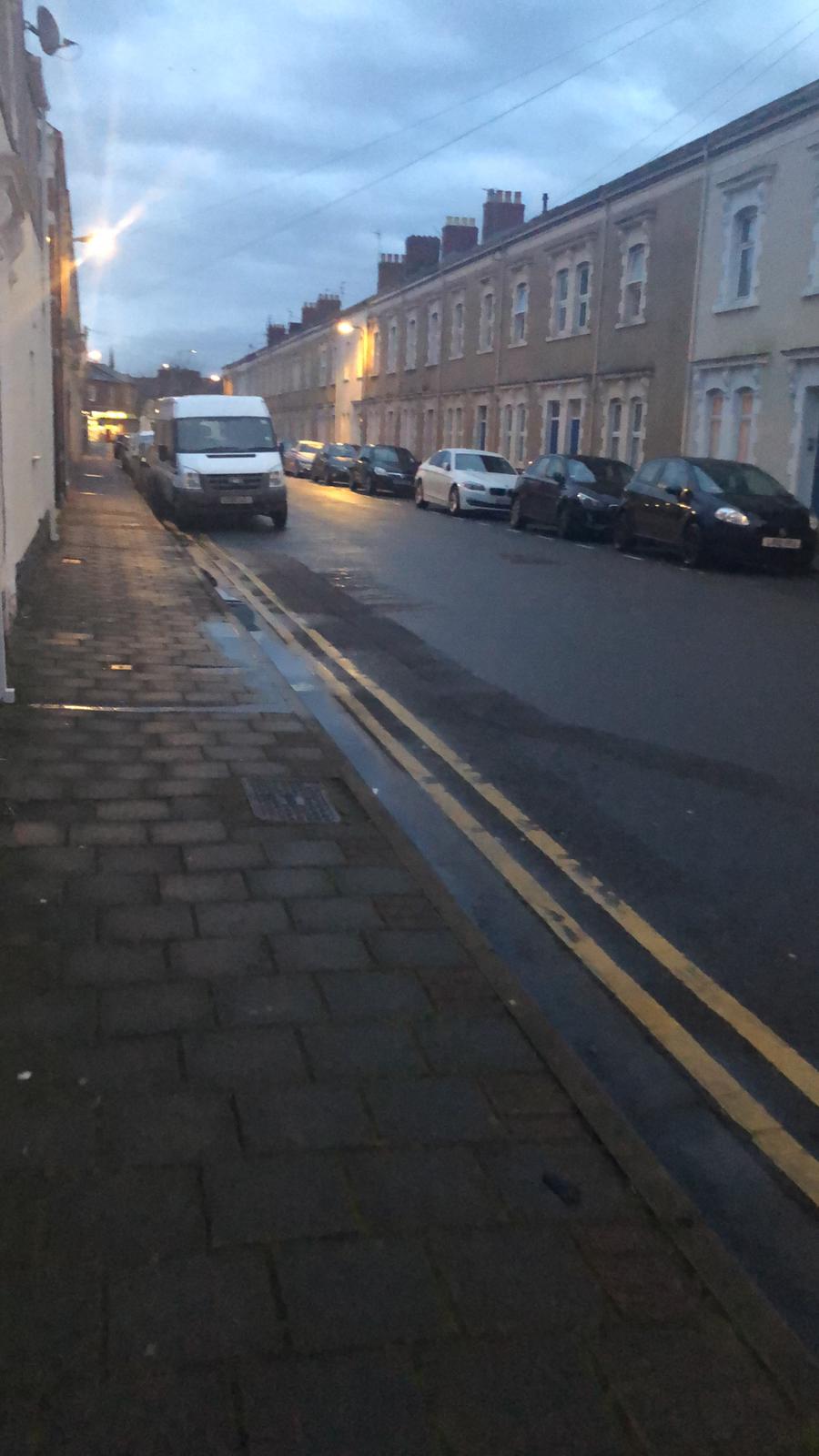 Have you found yourself doing things now that you wouldn’t have previously?

With my local gym closed, and greater restrictions on exercising in public (we have been told we are allowed to exercise once a day in public – don’t ask me how they think they can police that!) I certainly haven’t been exercising more, which is annoying because I usually find it really therapeutic.

It’s hard to get a walk in if I want to take my health seriously, there are always people out on the streets. I would have to do it late at night or very early in the morning.

I keep saying to them at home how lucky they are to have all the fields and green spaces to run around in. If I was at home in Ballickmoyler I could do the walk down towards the strand and not meet a sinner. Social distancing wouldn’t be so hard then.

My lovely aunts have been sharing recipes for people to bake while they are at home, so I have rooted out Mammy’s brown bread recipe and will probably start baking now this weekend.

A double whammy for the waistline with the gyms being closed and baking though! 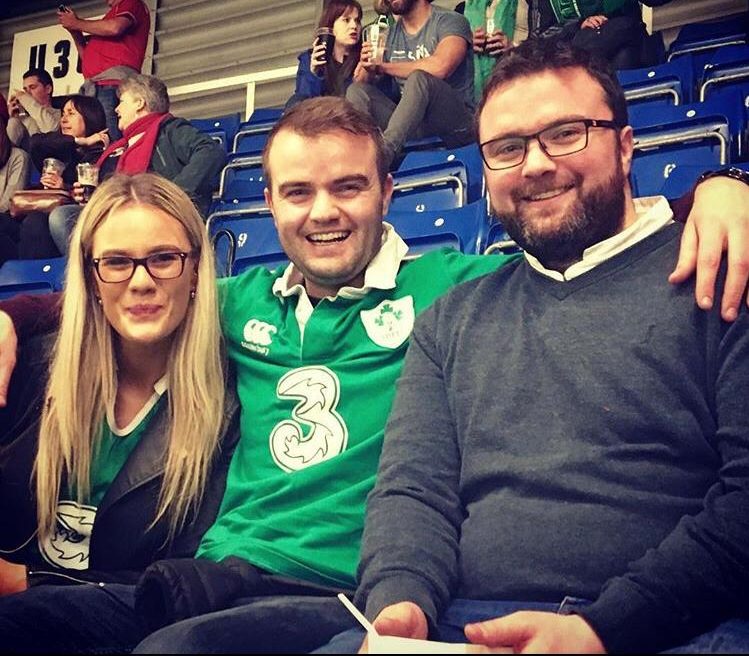