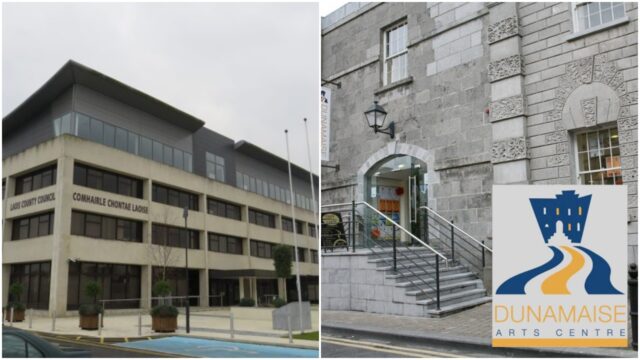 The June meeting of Laois County Council will not take place in the chamber in Portlaoise.

Due to Covid-19 restrictions, it would not be possible for all 19 Councillors and other staff members to safely social distance.

Instead, Cllrs have agreed to move the meeting to the Dunamaise Arts Centre and into their theater instead.

Chairman Willie Aird proposed the move at the most recent meeting which was held via Microsoft Teams last week.

The June meeting will also be his final one as chairman as the Fine Gael politicians tenure as chairman will come to an end.

Under the deal done by Fianna Fail and Fine Gael following the 2019 Local Elections, it should be the turn of a Fianna Fail politician to take the reigns.

That will mean that one of Catherine Fitzgerald, Paschal McEvoy, John Joe Fennelly, Padraig Fleming, Seamus McDonald and Paddy Bracken should be poised to take over.

Cllr Caroline Dwane Stanley inquired if rooms could be made available for the different groups to meet prior to the AGM.

Cllr Aird said he believed this could be possible and said he would check it out prior to then.

The AGM is scheduled for June 29.